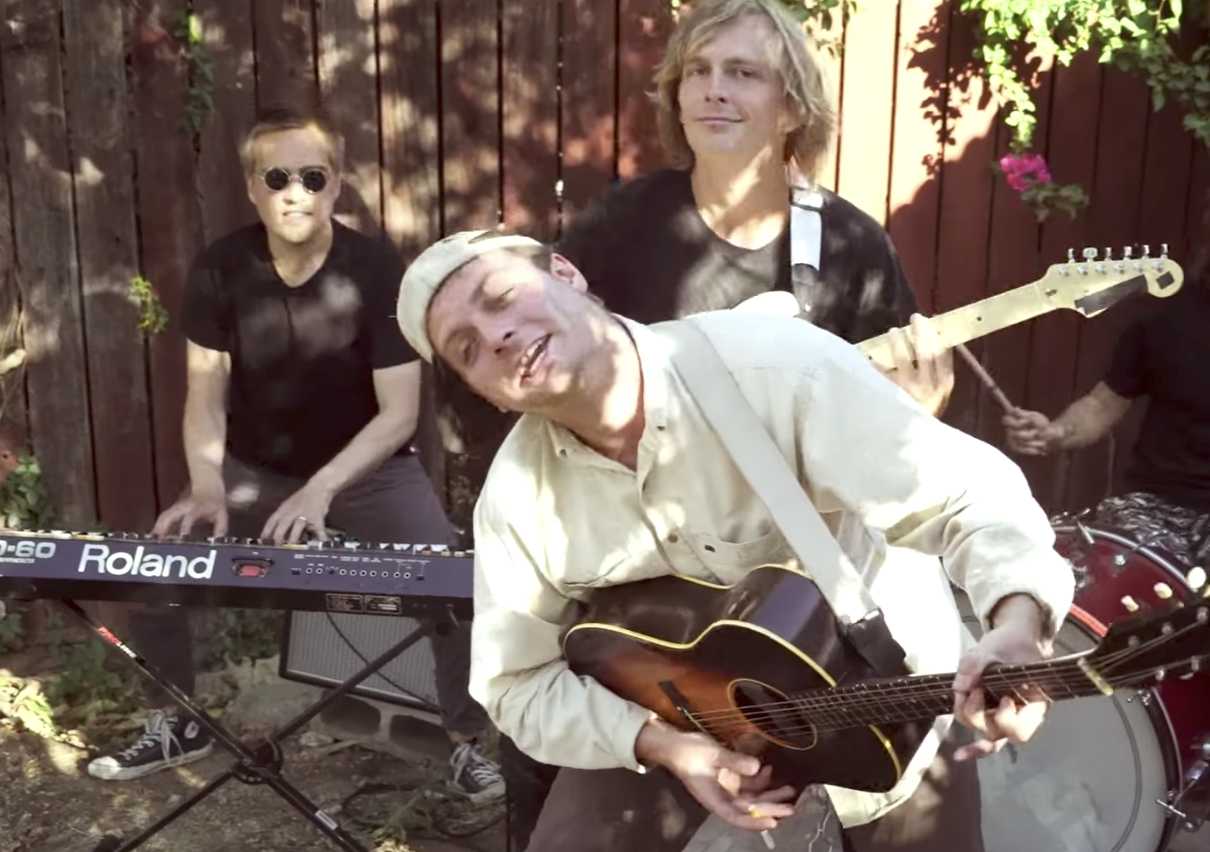 Mac DeMarco’s serious about having a good time.

Whether he’s inviting fans onstage to perform with him, indulging in a half-hour crowd surf or inserting drumsticks up his arse, the live antics of this self-confessed goofball are fairly well documented by now.

In fact, they’ve become so well documented that it’s difficult to know just how many in this sell-out crowd have simply turned up in the hope of witnessing some Jackass-style frivolity.

But Mac, now aged 27, is a serious musician.

His latest record, This Old Dog, is a more restrained and introspective piece work compared to its predecessors and one which will almost certainly feature prominently when the album of the year lists are published.

Following a superb set from support act Montero, Mac and his band are introduced one after the other by a parody boxing announcer.

Few artists command such febrile adulation from their audiences as Mac does, and so the deafening roars prove when he eventually bounds onstage, his gap tooth grin spread wide across his face.

The icy synths and hypnotic verses of first song ‘On The Level’ conjure a mass sing-a-long and by the time the opening chords of old favourite ‘Salad Days’ are strum, Rock City is his.

Now three full-length LPs and two mini albums into his career, the popular slack rocker is able to cherry pick from an extensive back catalogue, with new tune ‘For The First Time’ being received just as warmly as much-loved oldies, like ‘The Stars Keep On Calling My Name’.

While they may be best known for their wild stunts onstage, it’s serious business for Mac and his talented band when it comes down to the songs themselves.

Mac’s vocals, bar the odd unhinged yelp, are near perfect and the sound of the five of them playing together is about as tight as they come.

Other highlights include ‘Cooking Up Something Good’, a joyous, melodic number, underscored by dark tales of his dad’s methamphetamine habit, while This Old Dog’s dreamy composition wafts over the crowd like the small clouds of weed coming from those too pre-occupied with trying to light a joint.

A large part of Mac’s appeal with the millennials owes much to his deeply personal lyrics, which deal with relatable subjects of excess, love and relationships with estranged parents.

He often dabbles in conversation with the crowd in between songs, telling them trivial things about a Chinese he had and about getting lost in Nottingham earlier that day. There’s even some light ribbing over Brexit from the band’s jovial German drummer.

Towards the end of a largely enthralling yet surprisingly orderly set, things finally get properly weird when Mac plays ‘Still Together’, dedicated to his long-term girlfriend back home in LA.

After a few verses, Mac swaps places with his drummer who leaps into the crowd during a hilariously ambitious mash-up of covers, including ‘Sweet Home Alabama’, ‘Under The Bridge’ and an attempt at AC/DC’s ‘Back In Black’, which even draws a smile from a stern security guard staring across at the oncoming tide of crowd surfers.

The madness continues for around half an hour before the band return to finish ‘Still Together’.

The house lights go up but Mac can’t resist an encore and so they file back onstage to play the sobering ‘Watching Him Fade Away’ – a heartfelt song from This Old Dog about his father’s battle with cancer.

It’s a bittersweet ending to a show which demonstrates there’s more to this loveable goofball than high jinx and drumsticks.