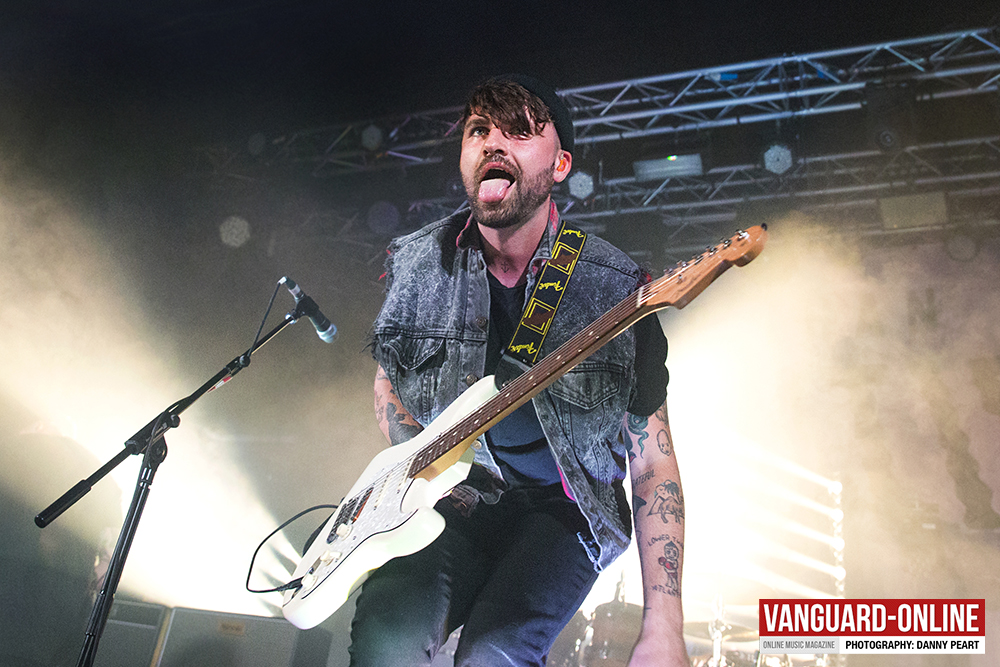 An uncharacteristically hot April day is the backdrop for a monster of a sold out show in Manchester’s Academy 2. I arrive at the venue 4 hours before doors in order to conduct some interviews (look out for these coming soon!) and I’m greeted by a line hugging the academy and stretching round the side of the building. These cats are serious fans and I don’t blame them. The bill looks insane, fresh faced PVRIS from across the pond in Boston, MA make the journey, an album bursting with hits in toe. This partnered with veterans of the game, We Are the Ocean and Lower Than Atlantis guarantees a killer gig.

WATO are on the cusp of releasing ARK that promises to be a game changing album for the Essex based lads. The recently released Holy Fire offers a totally new dynamic to their repertoire. While LTA are off the back of an album that reached No.16 in the UK charts. A seriously bad ass album with some outstanding tracks. LTA and WATO have some serious history as well considering that LTA played their second ever show with WATO. It all shapes up to be a phenomenal show at the sold out academy. 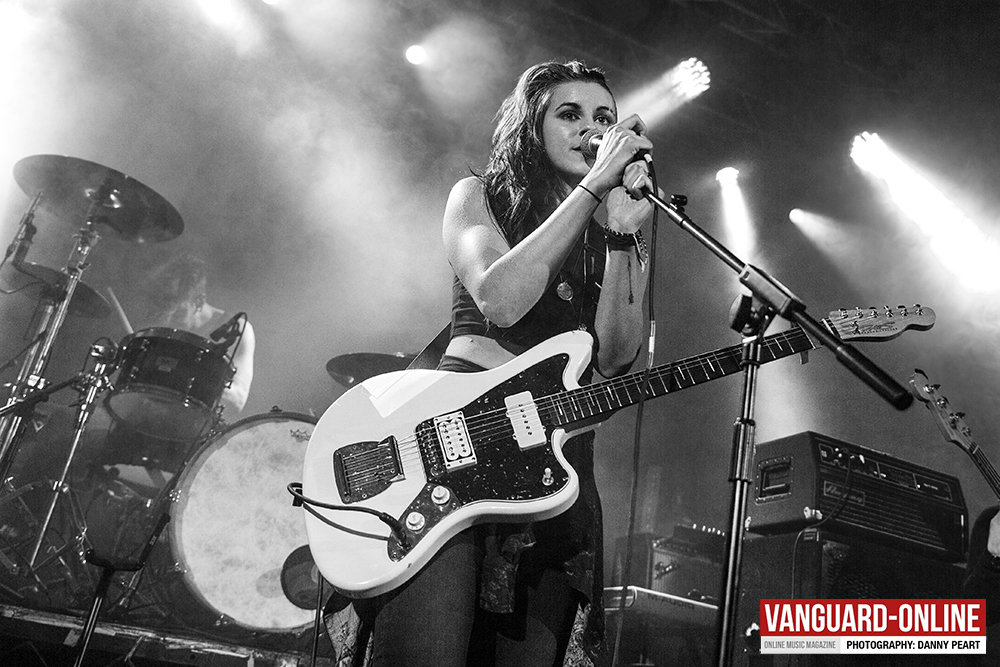 PVRIS (8) step onto the stage as the venue begins filling up, leading lady Lyndsey Gunnulfsen leads the way and the crowd go nuts. They set the stage alight with “Smoke”, with the room ablaze and the crowd on fire, we’re in for a treat as the Bostonian’s deliver a fierce performance. PVRIS’s debut album “White Noise” is so much more than television static and their live show delivers an equally satisfying product. A short set filled with tracks such as ‘Fire’ and the new single ‘St Patrick’ gets the crowd moving from start to finish. They close with ‘My House’ and Lynn asking the crowd “Who’s house?!”. Well it’s sure as hell yours right now Miss Gunnulfsen seeing as you just tore it down. 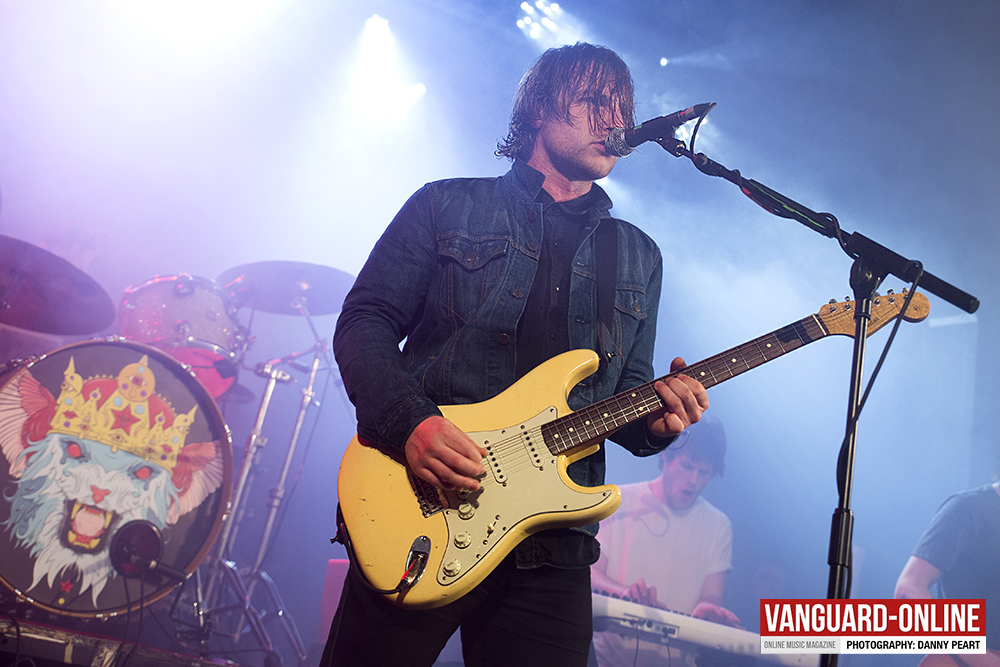 We Are The Ocean (7) storm the stage after the turn around. However, due to no fault of their own, technical issues mar the beginning of the set. Unfortunately this sets the tone for the show, again through no fault of WATO. The crowd, a heavily young female contingent, grow impatient far too quickly and offer no respect to the band as they put on a clinic of a show. The Essex lads offer a sumptuous example of the album that’s waiting in the wings and it promises to be special – a new direction retaining the essence of WATO we all know and love. An ignorant crowd give a very little response and front man Liam acknowledges this, and rightly so. I couldn’t help but feel bad for the guys here and I would love to see them with a more partisan crowd to get the reaction they deserved. 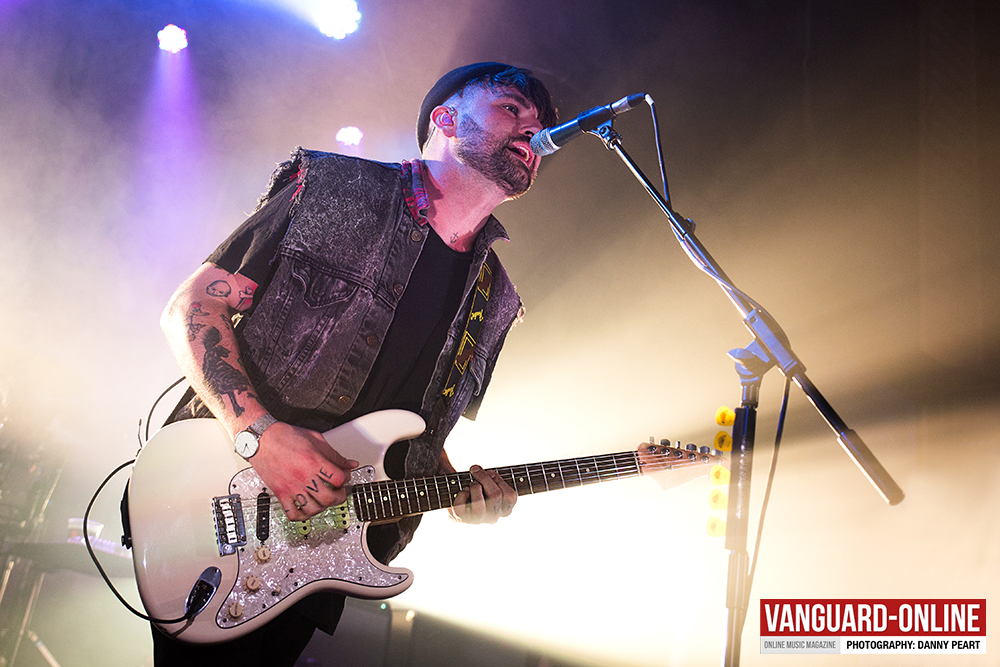 The Lower Than Atlantis (9) buzz grows like a never ending wave rushing to the stage. Some of the crowd have been waiting outside in the hot sun to see these lads smash it.
They burst on to the stage to an almighty roar from the Manchester crowd and surge into ‘Criminal’ a song that’s introduction wouldn’t be out of place in the credits of a Bond film. The place explodes as the wheels start turning and my oh my are they turning fast. Onto the lyrically rich ‘Love Someone Else’ followed by an LTA classic with nothing but nasty guitar driven riffs, ‘Far Q’.

The pace is set and doesn’t look to dwindle. The set is full of old new and everything in between and the guys look to be having a blast. Our very own resident photographer Danny Peart captured some incredible moments and there will be a gallery to match.
‘Stays the Same’ lifts the mood to present day nostalgia with one of the best and catchiest chorus’ I’ve heard in a long time delivering the message that “the future might change but the past it stays the same” a message these lads must have lived by considering they have grafted to carve their own future and reinvent to a seriously substantial amount of success. The ever-so memorable riff of ‘Emily’ crashes in bringing a Tony Hawk Pro Skater feel to the occasion. The song reminds me of nothing but Fountains of Wayne that skater rock style pushing its way through.

More from the self-titled album with ‘Ain’t No Friend’ and a personal favorite ‘English Kids in America’. If PVRIS set the stage on fire then LTA have created an inferno. Not a body in the building remains static. How could they? The guys get old school on the sold out crowd that have given everything they have so far and somewhat made up for the WATO response. With ‘Marilyn’s Mansion’ and ‘Sewer Side’ which front man Mike Duce delightfully explains is a tortured metaphor for “Feeling like s**t.” As ever, tough times create incredible music. 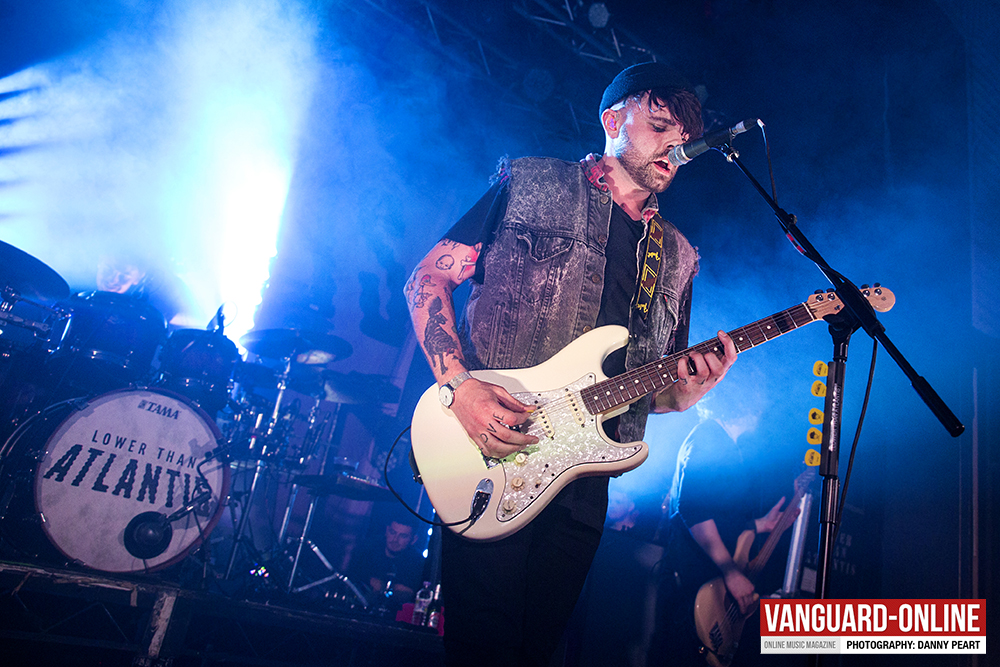 ‘Words Don’t Come Easily’ brings us back to the present with a cautionary tale about “being s**t at talking to girls.” Mike you poet you, you’re spoiling us. Jokes aside the boys delve into some heart felt music that has the crowd emptying their lungs singing at the top of their voices. The crowd is in the clouds with a performance that has been nothing but electric since the word go. Then the guys leave the stage. Seriously, we’re doing the encore thing?…

Then something special happens. Mike comes back out with a microphone, eloquently explains that he’s not about silly encores. He’s got an acoustic guitar in his hands and explains he wants to try something he’d tried in Glasgow and asks the crowd to be respectful and manoeuvres himself into the center of the crowd, acoustic guitar and microphone in hand. The rest of the band pull up a pew on the stage and join the rest of Manchester, all ears, and listen to ‘Another Sad Song’ as stripped as possible. The atmosphere is emotional and delicate as the chorus of the capacity crowd sings in earnest unison a song that seems like everyone has felt at one point or another. The song is almost Mike reassuring himself that it’s alright to make mistakes and he does it in a simplistic yet emphatic manner. A truly special moment to have been a part of and an experience I won’t forget anytime soon.

As the show draws to an end LTA play ‘Beech Like the Tree’ and finish in the strongest way possible with ‘Here We Go’. The roof is well and truly blown off with LTA having played an unforgettable show. I wouldn’t change a thing and cannot wait to see what lies ahead for these boys. A pleasure to have been in attendance and an honour to have met the boys as well. 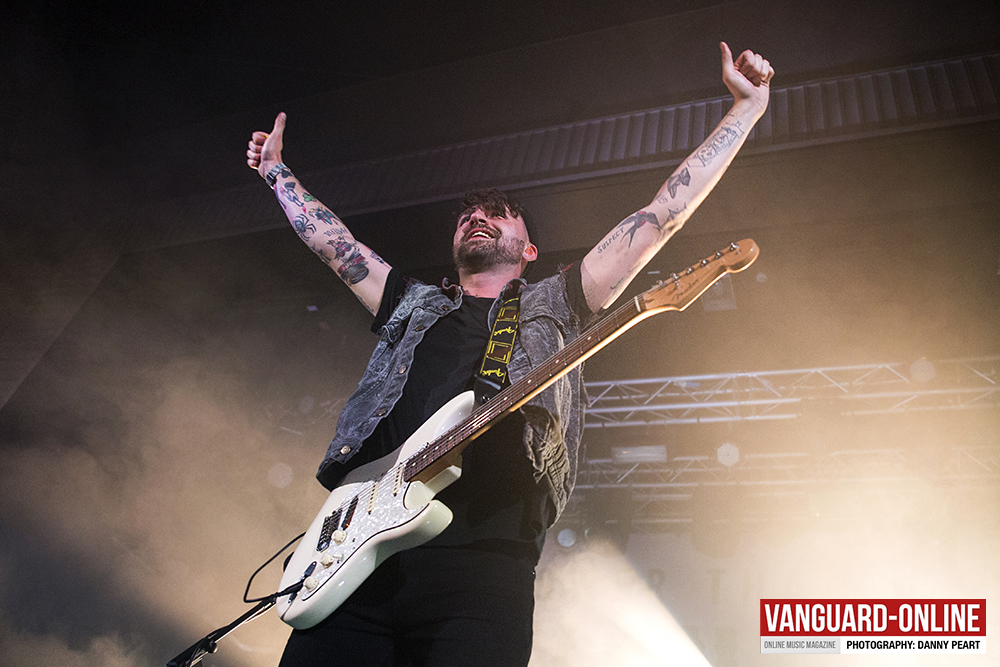