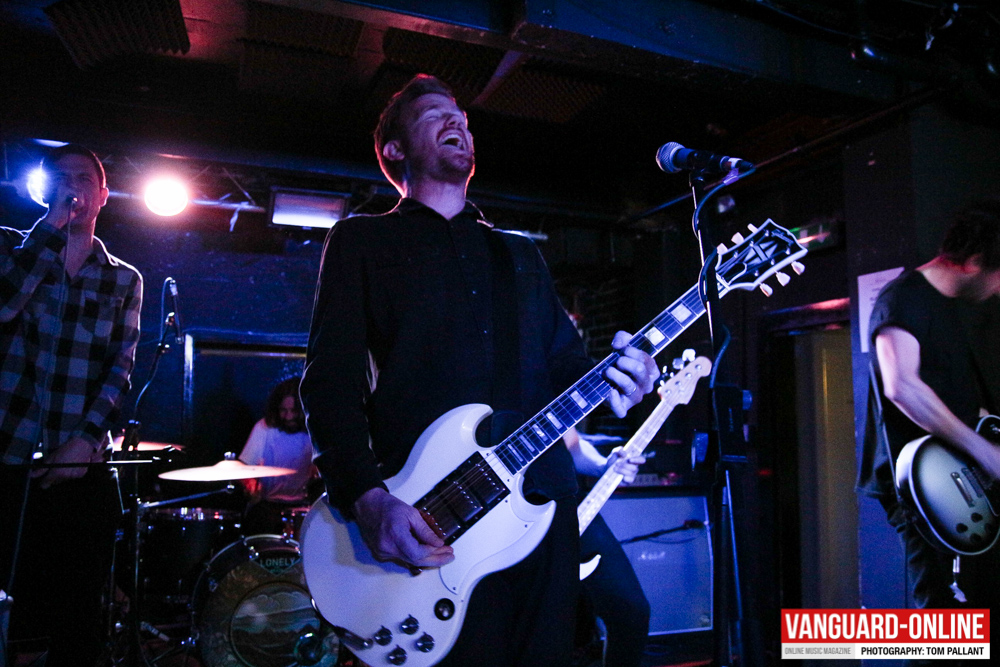 The centre of Leeds is bustling with excitement as the rush hour comes to a close and the streets full of suits are replaced by the vast amount of children dressed as ‘Frozen’ characters on their way to the First Direct Arena. Somewhere amongst the crowd is a modest collection of Lonely The Brave fans waiting for the doors to open. As if out of nowhere, David Jakes (vocals) appears and begins chatting with the waiting attendees, thanking them for coming down to the show and exchanging other pleasantries. By the time the doors open, the queue is stretching round the corner towards the Merrion Centre just showing the following this Cambridge band has built up since their debut album release ‘The Days War’ 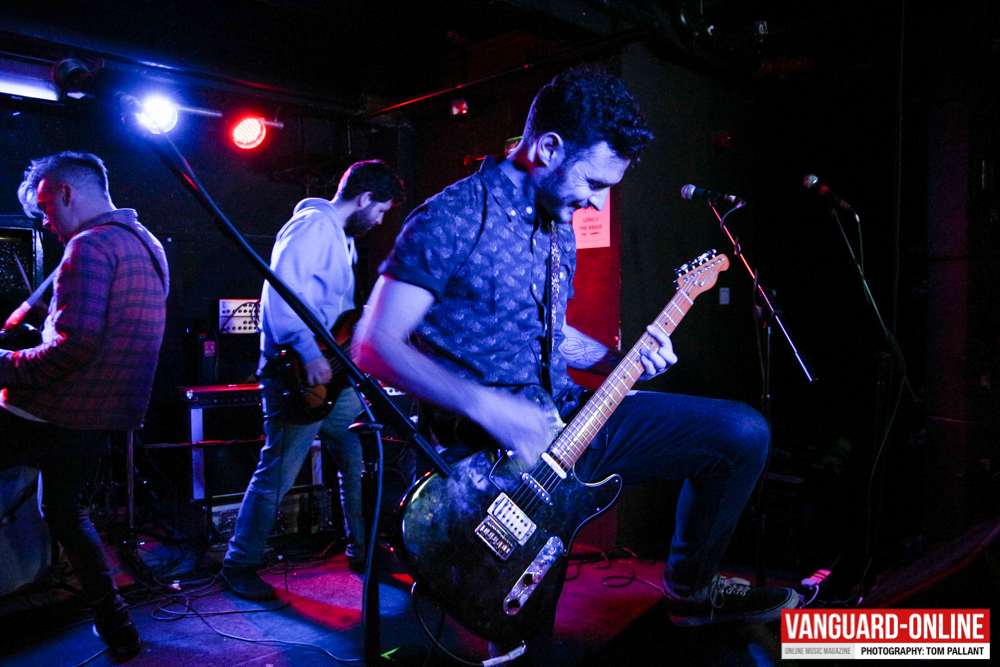 The show kicks off with support from Leeds-based rockers Black Surf, and as a local band they certainly appear comfortable playing to a hometown crowd. Their mature mix of grunge and surf rock definitely starts this evenings proceedings well, warming up the crowd for the reason the majority of the crowd are here. These guys are just happy enough to be seeing LTB let alone supporting them as frontman Ali Epstone, says that playing is “just a bonus”. Its easy to see the influence Weezer have had on this relatively small band, as they roll out rhythmic intricacy after rhythmic intricacy through their energetic set. Their new single ‘Lights Out’ closes the set which has is delivered with the same aggressive performance as the rest of their slot, seemingly loved by the few loyal fans of this band that have come down this evening.

As it gets closer to the stage time for Lonely The Brave, the room begins to fill until a packed crowd is waiting to see the band emerging from the green room. This show had been rescheduled to after their UK/ Europe tour, so it is understandable that the buzz of excitement can be felt in everyone there. As they walk calmly onstage they are greeting my an enormous roar from the Leeds crowd and kick off with ‘Kings Of The Mountain’ a song from the middle of their album, doesn’t quite have the big impact you might expect from a band’s opening song. This however, is made up for with the following anthemic ‘Trick of the Light’ and ‘Backroads’ which get everyone singing along with the help of Mark Trotter (guitar) mouthing the words. 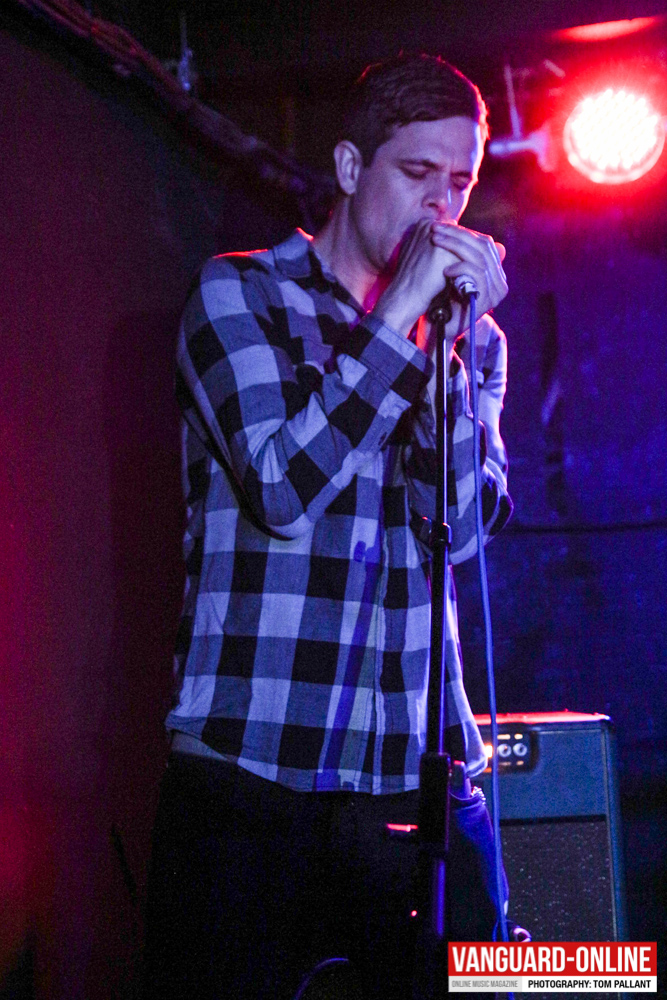 What David lacks in onstage charisma, choosing to be stage right behinds   Trotter, Ross Smithwick (guitar) and Andrew Bushen (bass), he more than makes up for in vocal performance delivering a faultless performance through such challenging tunes as ‘Victory Line’, and ‘Dinosaurs’ the ultimate dip in the set to let everyone catch their breath. His performance could only have been enhanced if the sound at The Key Club had been better as the vocals were drowned out for a large portion of the show (I didn’t hold such hope for it improving having heard the guitar tech tell the sound engineer how to turn the mic up), although the incredible noise from the crowd definitely made up for it.

Having had their debut album out for over a year now, the Cambridge five-some are starting to focus on a new album, and judging by the newer songs in their repertoire such as ‘River, River’ and ‘Science’, the next one should be on a similar level the The Days War. It’s worth noting the incredible consistency of Gavin Edgeley’s (drums) performance; whilst not being hugely in the spotlight he manages to drive the whole set and constantly brings his intricate patterns with breathtaking ease.

Having finished their 36 date tour of the UK and Europe only 2 weeks ago, the exuberance with which the band plays as whole is incredible and the passion that these guys have for their music is only reflected in their songs.

As the show comes to the end, the boys leave us with the crowd-pleasing ‘The Blue, The Green’ which couldn’t end the show in a better way. The repetition of ‘I want to know what it’s like’ is echoed by the crowd effortlessly and the collective sound from both band and audience is something to behold. This is no doubt spurred on by Mark jumping off the stage into the crowd with guitar in hand and finishing the song surrounded by those still screaming the lyrics, although the majority were too busy documenting the moment via Snapchat as opposed to actually experiencing it. There’s no such thing as a North-South divide in this venue tonight. It’s clear as the song ends that these guys are humbled by the response from Leeds and that they feel truly honoured to be able to share their music and have people connect with it on such a level. 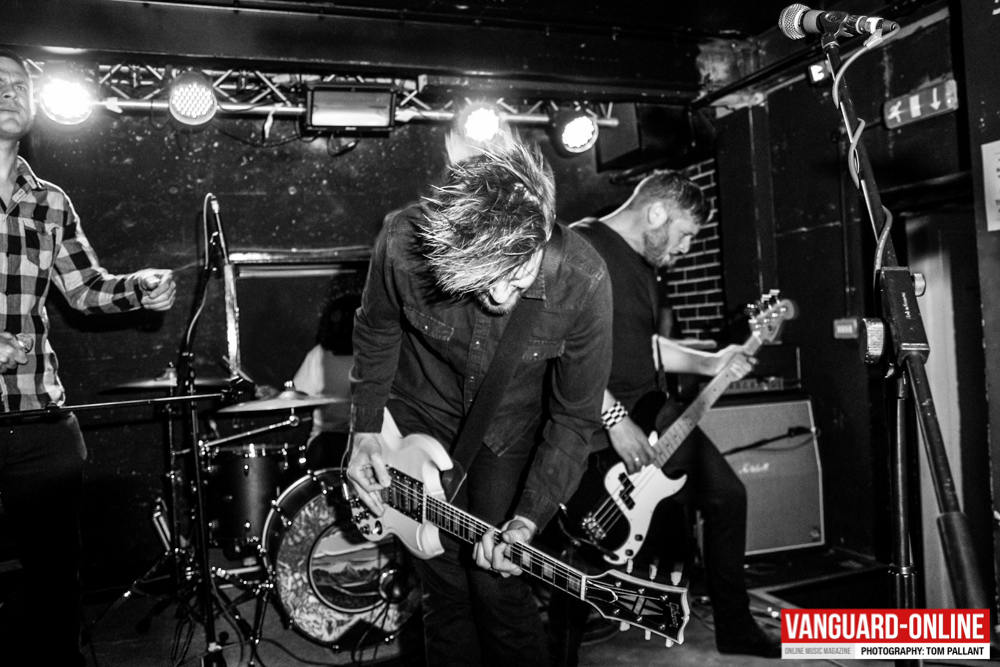