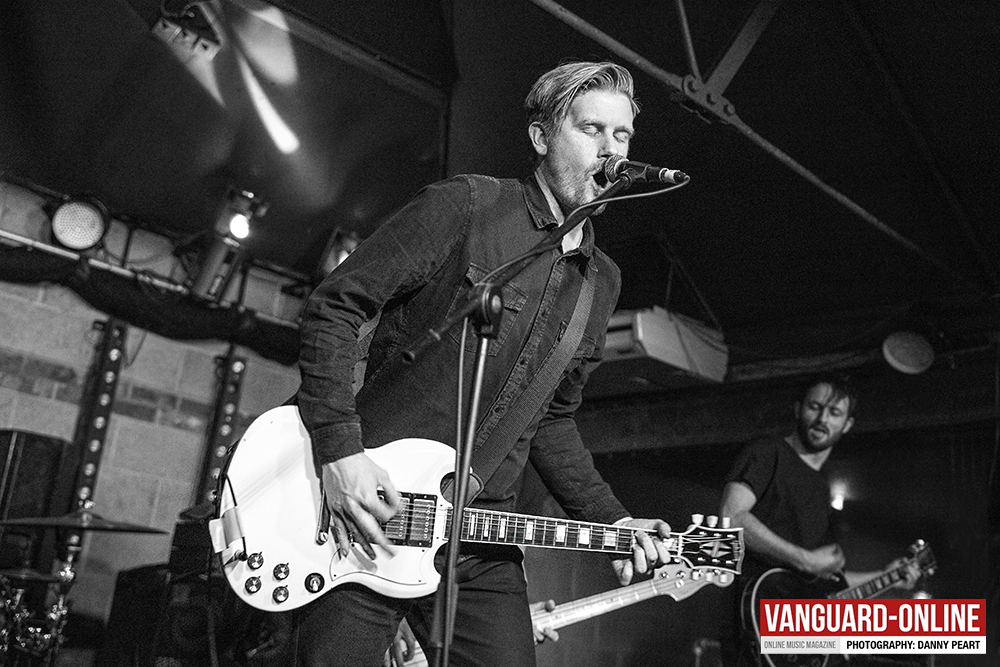 have announced that a special extended version of their phenomenal debut album, ‘The Days War’ will be released on the 1st June 2015.
Titled ‘The Day’s War – Victory Edition’ the 2 CD repacked edition will feature twelve as yet unreleased tracks including four brand new songs.
Explaining the re-interpretations of some of their best loved tracks, the band revealed:
“The basic thought process for us was to take the songs apart, and rebuild them in a completely different mindset to how they were originally created. This was one of the most fun and challenging things we have ever done as a band. Songs do not need to be represented by one set context. The feelings and emotions contained within are a living and breathing entity in their own right which should be allowed to develop.”
The quintet, who are currently out on their biggest headline tour to date, with the majority of the dates sold out, have also announced a one-off London show at the Tabernacle on 3rd June 2015. This will be a rare opportunity to see the band play stripped back songs and redux tracks from the re-issued album. They will also be supporting Twin Atlantic on a short stint of four dates, including dates at Glasgow’s SSE Hydro, London’s Brixton Academy, Birmingham’s O2 Academy and Manchester’s Albert Hall.
Lonely The Brave will also be releasing a limited edition (only 500 copies!) 12” vinyl of their ‘Call Of Horses’ EP, for Record Store Day 2015, which takes place on the 18th April 2015.
‘The Day’s War – Victory Edition’ is available to pre-order now, and when fans pre-order the album they will receive ‘Backroads (redux)’ as an instant grat track.
Lonely The Brave 2015 UK Tour Dates:
23rd March – Portsmouth, Wedgewood Rooms
24th March – Bristol, The Exchange
5th May – Manchester, Albert Hall (supporting Twin Atlantic)
7th May – London, O2 Academy Brixton (supporting Twin Atlantic)
8th May – Birmingham, O2 Academy (supporting Twin Atlantic)
9th May – Glasgow, SSE Hydro (supporting Twin Atlantic)
3rd June – London, Tabernacle