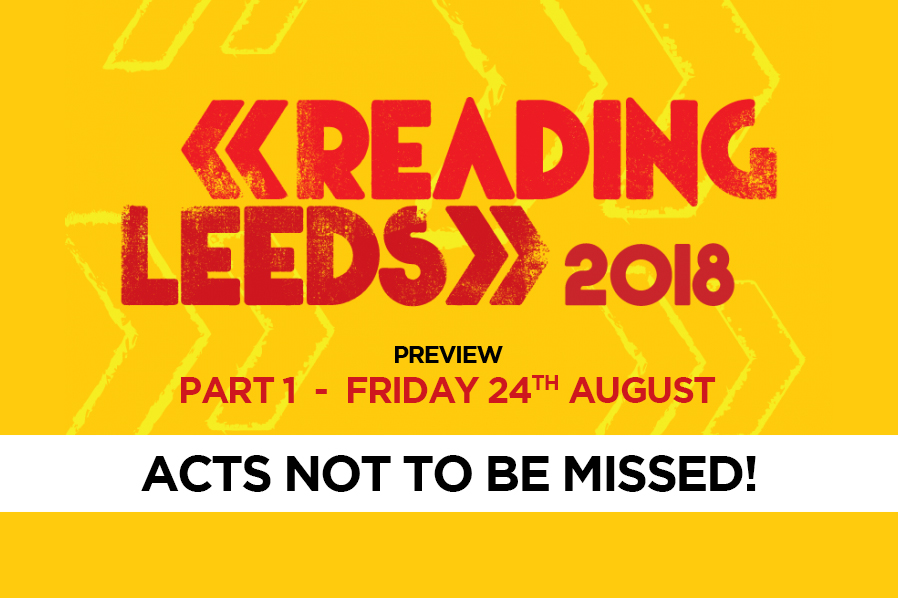 Thick into the festival season, the August Bank Holiday weekend can not come fast enough for Reading & Leeds Festival! To kick things off and make sure you’re ready for the opening day in Leeds (and closing day in Reading),  here’s some of the acts that we at Soundcheck-Live can’t wait to check out!

Returning to headline the Reading & Leeds mainstage once again is no other than the Nashville Tennessee rockers Kings Of Leon! Since they last headlined in 2009 off the back of their hit album ‘Only By The Night’, KOL have dropped three full length studio albums, which are all belters in their own right. Last years release ‘Walls’ concord the charts and a sold out UK tour found the band back at their peak with a string of incredible live performances. With a back catalogue as strong as these guys have, we are all in for one hell of a treat!

Again returning to the main stage, The Vaccines are armed with their brand new album ‘Combat Sports’ and will be sure to have us all singing along in the sun (hopefully)! The London lads will be raring to go, and with the likes of ‘If You Wanna’, ‘Post Break-Up Sex’, ‘Handsome’, and the brand new and brilliant ‘I Can’t Quit’ The Vaccines are more than equipped for a deserved main stage slot.

English punk rock duo Slaves are set to sub headline the NME stage, and the duo will be looking to steal the show from right under Diplo’s feet with their powerful energetic punk rock. ‘Cheer Up London’ and ‘The Hunter’ are dead certs for some chaotic mosh pits, so if you fancy a dance make sure you get down in good time!

Last year’s not so secret set had the Pit stage bursting at the brim, so it’s no surprise to see the return of ‘the Pretty Boys’ AKA Don Broco to Reading & Leeds this year, especially after their outstanding new album ‘Technology’ crammed full of absolute bangers. Currently out concurring America on Warped tour, they will be looking forward to landing on UK soil to give us a taster of what carnage has been going down in the US! The Bedford lads will put you through an intense workout as they bring some greatness to the NME stage (excuse the pun).

DMA’S made a huge impression with their debut album, ‘Hills End’, in 2016, which went Gold in their Australia homeland and became a word-of-mouth success in the UK and throughout Europe. The band have raised their game even further with the follow up, ‘For Now’, and they are deservedly climbing the bill to play the NME stage at this years R&L. If you haven’t had chance yet, now is your time to check these guys out.

Marsicans are a Leeds four-piece, hard-edged sound is quickly gaining notoriety alongside their reputation for thrilling live shows. Their harmony-laden sound and exciting live shows are earning them a reputation as an emerging force in British music. Check out their recent single ‘Pop-Ups (Sunny at the Weekend)’ to sway you towards the NME stage nice and early.

Having wrapped a 4 month North American tour in December in support of their latest album ‘FIVE’, Hollywood Undead jumped right back in with a substantial run of the UK and Europe including sold out shows in Manchester and Birmingham. The quintet’s atomic live performances are in high demand, so a headline slot on the Pit stage is enough to tempt a big crowd from the big boys headlining the main stage.

Now they might be a bit of a marmite band, but Courteeners are sub headlining the mainstage for a reason. Their live shows bring an electric atmosphere to the festival as we found out in 2016.  With hits such as ‘Are You Iin Love with a Notion?’ and the brilliant ‘Not 19 Forever’, expect a bouncing atmosphere and a colourful show from the English indie rockers.

If you are looking for something a little more smooth to see off the day, Tom Grennan might be the choice for you. The Bedford born singer-songwriter first found fame as the guest vocalist on Chase & Status’s track ‘When It All Goes Wrong’. His inclination towards blues and soul can be heard on his debut EP, ‘Something In The Water’, and his latest release and debut album ‘Lighting Matches’ turned heads reached the top 5 in the UK charts. Hit single ‘Found What I’ve Been Looking For’ could well be the festival anthem of the weekend so make sure you don’t miss it!

These are just some of the insane acts that will be showing their faces on Friday at Leeds, & Sunday at Reading. We’ll be running a Saturday preview very soon so keep tuned!