Lau are a very popular live draw round Leeds and Bradford, packing the Caroline Street Social Club tonight. Despite being formed of performers from the folk tradition, Lau pull in a range of people, attracted by this hypnotic form of long-form prog-folk. And by that, I don’t mean twenty-minute songs about pixie history, I mean intricate extended arrangements of traditional formats like jigs and  reels, almost all composed by the band, pulled into exploration of all the corners of a tune. Being mostly formed of warm traditional sounds like guitar, voice, fiddle and accordion, there is a sense of being at home in the pieces, even as one or more of the trio push out the edges of the tune. 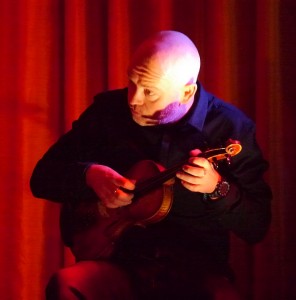 All three members have solo careers, Kris Drever being the best known; his laments finding their way around the country, a couple appearing here. Aiden O’Rourke provides mobile, angular and extremely active fiddle. Martin Green, the only non-Scot, adds a huge bag of colour with accordion wig-outs, keyboards, crunchy electronics and a synthesiser triggered by a collection of cutlery. It’s a twenty-first century version of playing the spoons. His lugubrious tone keeps a warm stream of self-deprecating banter flowing, whether it is the alleged warmth of the West Coast of Scotland or his rumoured strict literalism. Lal Waterson’s metaphorical Midnight Feast triggers an outburst of “if you didn’t dress up as a man and join the navy, don’t write a song about it”. The strange thing is that arch-traditionalist, Ewan MacGregor, would have agreed with him. 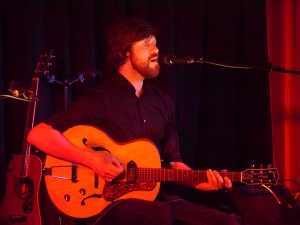 Tunes consist of original pieces and one or two traditional Scottish airs, blending seamlessly, thanks to Aidan and Kris’ solid grounding in the form, jigging along before taking a left turn into a jam or solo, turning into a frantic mash-up of ideas and sounds, before resolving itself – the musicianship is remarkable. Tonight sees the band with a slightly heavier sound as the electronics are used more, Martin amplifying finger taps, looping sounds, creating accordion thumping sounds and crunching beat loops – his effects pedals are in constant use. 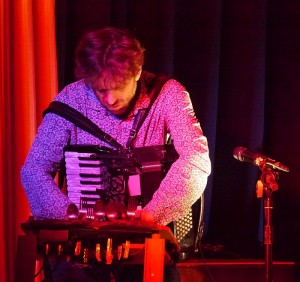 Out of the three, Dreever is the least mobile, wrapped around his guitar, his warm vocals rooting the band in occasional songs between the instrumental journeying. The audience is, as usual, mesmerised, soaking up the interplay and careful listening of the band and welcoming each wrapping up with warm applause. The main set ends after 80 minutes and I could have sworn it was only 45. After a generous encore, the crowd was left, as ever, wanting more.

This is a special band, recalling the electronic moments of the likes of Adem and Tuung, whilst remaining accomplished exponents of the traditional music of the Highlands and Islands. 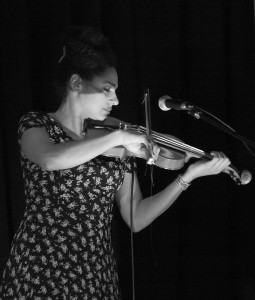 Special mention has to go to label-mate Simi Stone, on support. From her opening cover of Neil Young’s Birds to her original girly soul-pop songs, like I’m A Good Girl Now, her superb soul voice has just the right amount of human fallibility to draw comparisons with the vocalists of Motown or Phil Spector’s bands, or closer to home, Amy Winehouse. With a confident cutesy but folksy-wise manner, her experience shows. Moving on from joint work – The Duke And The King with Simone Felice – she described her style to me as Mountain Motown, hailing, as she does, from the Catskills. A solid and varied half-hour set marked her out as one to watch. 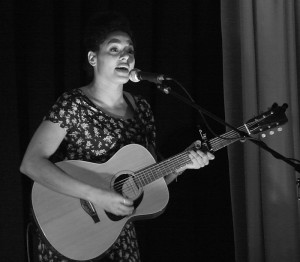