Larkin Poe is back – blues on a new level 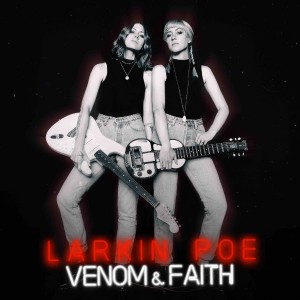 The Nashville-based sister duo Larkin Poe is releasing their new studio album Venom & Faith on the 9 November 2018 under RH Music. It is their forth studio album since starting in 2014.

Compared to their older albums this one has a more settled nearly blues-like sound to it. Listening to the first song of Venom & Faith called Sometimes was sang by the blues legend Bessie Jones when Larkin Poe heard it the first time. The blues undertone is also very noticeable in their version but this time it is combined with something more root rock that we know from Larkin Poe. 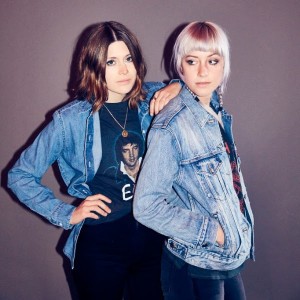 The descendants of the famous US writer Edgar Allen Poe admitted that one of their songs nearly didn’t make it on the album, but to be honest, it would have been a shame to miss out on Bleach Blonde Bottle Blues. The song creates the picture of a dirty US road and Texas with a cowgirl on her way through the desert. It continues to let the listener dream of a nice, warm fire in said desert. Having friends there, sharing a bottle of moonshine and waiting for someone to pick up the guitar.

Blue Ridge Mountain is one of the faster songs on the album and hearing the first few accords of the song was really confusing because at the beginning it doesn’t seem to fit to the rest of the album. Still it turned out that the song is exactly what the album needs because it is one of the less serious songs. The general undertone of the song is happier and full of life unlike Ain’t gonna cry which is really dark. “Coming of age, staying of age, is a long hard fight” is one of the lines from that song. As a listener you can really feel the struggle and hard time that the sisters have to go through.

Good and Gone is simply the best choice for a closing song. It is a song that works with little more than the vocal part of Larkin Poe. It talks about god, talks about what happens when life moves on and all is good and gone.

To sum it up Venom & Faith is one of this albums that will create a picture in the head of its listener and it is a picture of the southern part of the US, talking about cowboy, dirty roads, long hot summer day, their strong belief in god and the simple way of living. Five out of five stars. Well done!