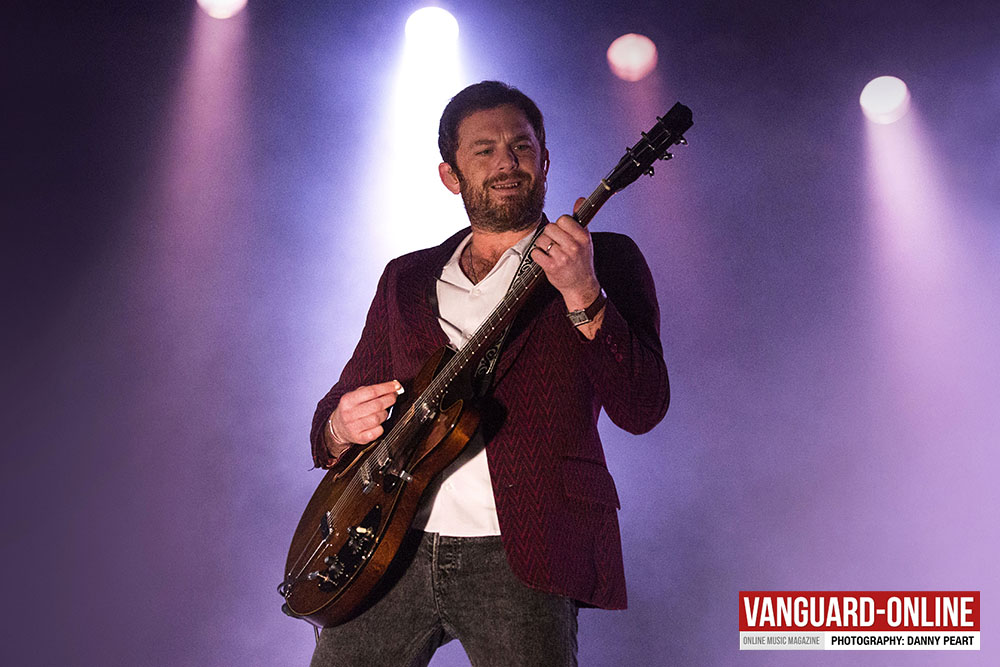 It’s been over 2 years since the UK last had Kings Of Leon (10) grace the soil with a full headline tour, back then it was off the back of their previous successful album ‘Mechanical Bull’. However after a lengthy wait, the Nashville rockers finally return to a sold out UK tour in support of their brand new album ‘Walls’, and tonight we kick off the UK tour with their first non festival show in Leeds at the First Direct Arena. 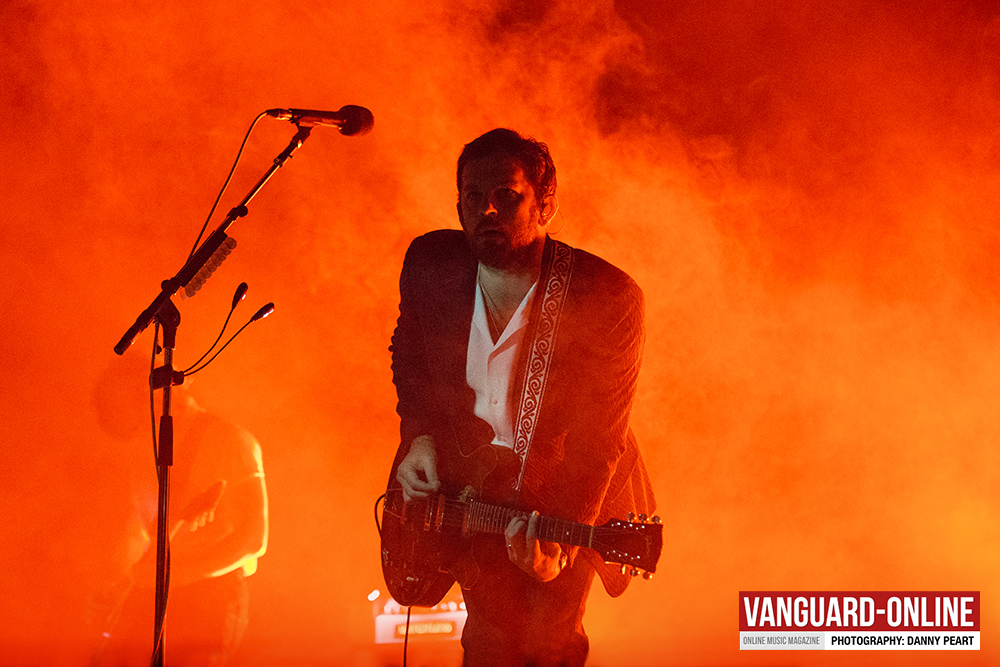 The 13000 strong crowd fills the sold out venue and the anticipation is high, and the three Followill brothers and cousin, stroll out to the stage through a cloud of blood red glowing smoke to the sound of ‘The End’, the opening track from the 2010 album ‘Come Around Sundown’, which sends shivers down our spine with its eerie creeping chorus. Suddenly the four silhouettes are unveiled for ‘Slow Night, So Long’ and ‘McFearless’ follow taking us back to the early days of the Kings for the opening part of the set. The crowd are signing along loudly, however as soon as the riff of ‘Four Kicks’ rings out the crowd suddenly pick up and as you would expect it all finally kicks off in true KOL style. 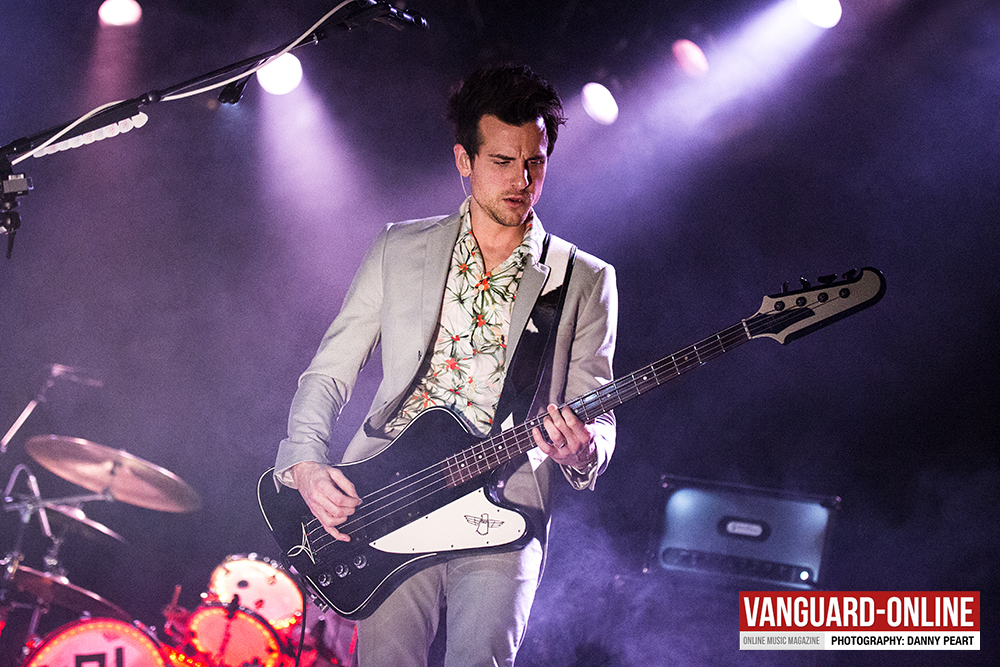 ‘Molly’s Chambers’ and ‘The bucket’ have a similar response, however ‘Sex On Fire’ has the crowd at their peak early in the show, as the floor is literally bouncing through the chorus of the long stay number one hit single. It’s an equally electric performance from the band as it is the crowd, as Caleb Followill’s vocals are well on point, and the band sound as tight as ever together.

The set takes a break from the high-energy rock for Caleb to serenade us with an acoustic performance of ‘The Runner’, ‘Comeback Story’ and the fantastic ‘Walls’, which closes with an alternative uplifting guitar driven end which sounds brilliant.

As we progress through the set the visuals grow stronger as parts of the stage are removed and added from song to song, curtains drop, lights and screens appear and backdrops fall to make everything visually exciting to match the performance. 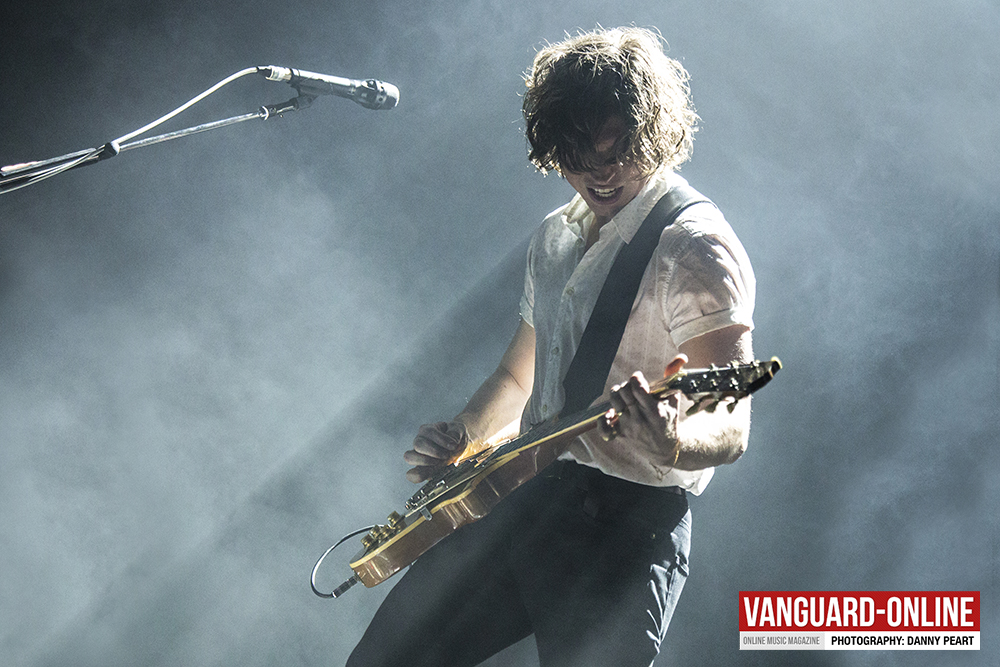 Another trip back to their most successful album to date, ‘Only By The Night’, brings us ‘Closer’ finding guitarist Mathew Followill screaming into his guitar, before he closes the crack out with a shattering guitar solo. ‘Crawl’ also follows as it does on the album, and it’s certainly a popular addition to the set as the crowd sing to the top of their voices along with the frontman.

The newer material is making it’s debut on this tour, and each track sounds fantastic live, particularly recent singles ‘Reverand’ and ‘Find Me’, which both are performed impeccably backed with some beautiful visuals. However it is ‘Waste A Moment’ which has the room at their peak again for the newer material to close out the main part of the set. 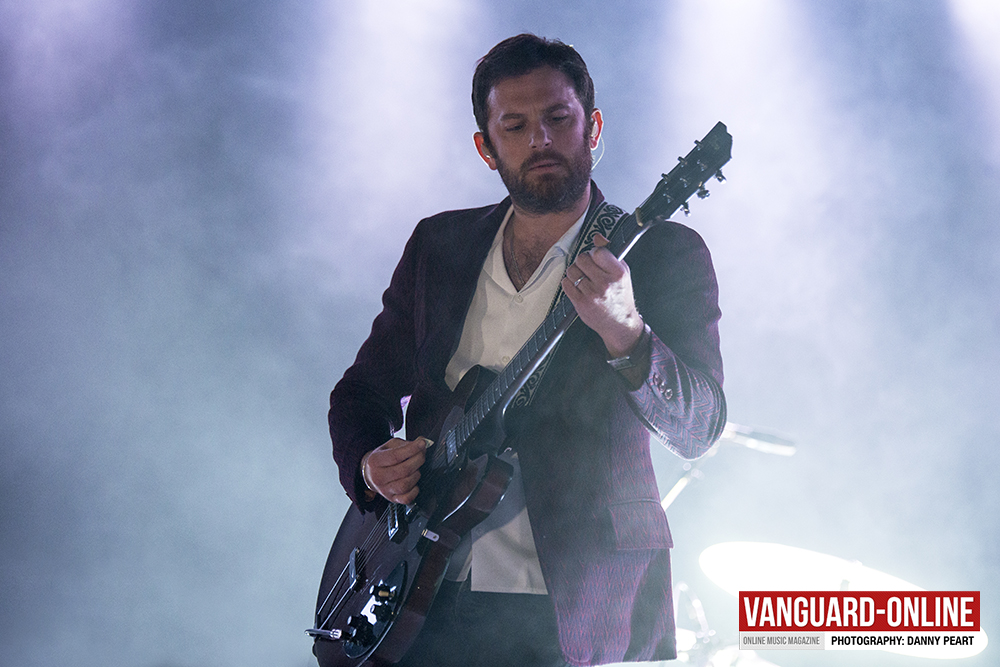 The Encore features a moving performance of ‘Use Somebody’ that always sounds beautiful live, and creates a special moment for everyone involved, and is rewarded with a blistering applause from the crowd to show their appreciation. It is of course left to a new track in ‘Around The World’ to close the night off just perfectly, leaving the crowd showered in blue and pink confetti grinning from ear to ear as the Nashville rockers leave the stage applauding the crowd for their fantastic support tonight and over the past eighteen years of being a band.

It was a gracious performance from one of the best rock bands around the world, and at the top of their game there will undoubtedly be many more years to come from Kings Of Leon if they keep producing such incredible music. 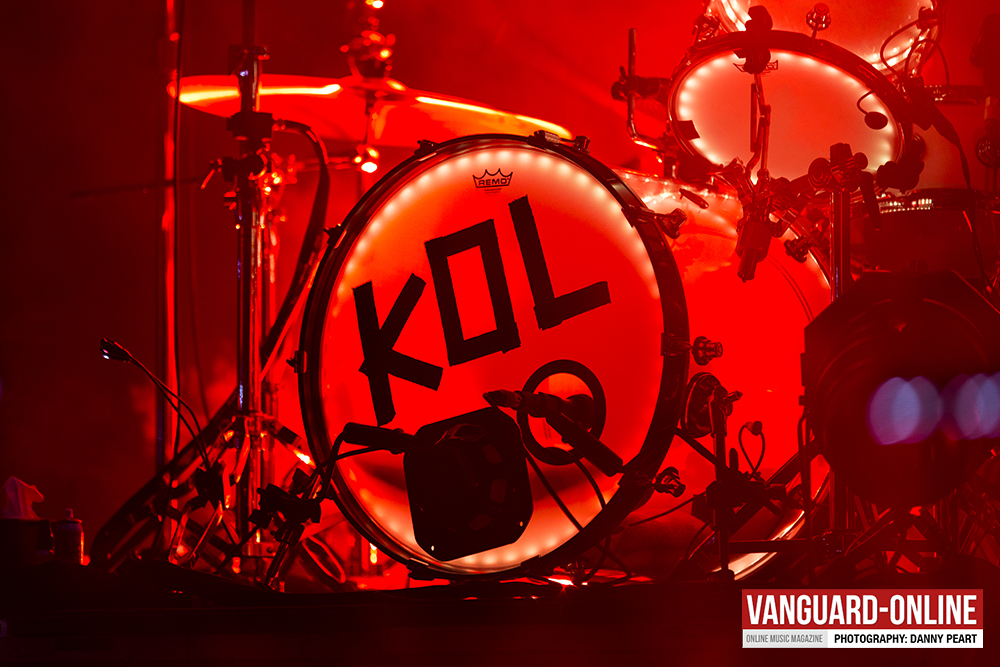