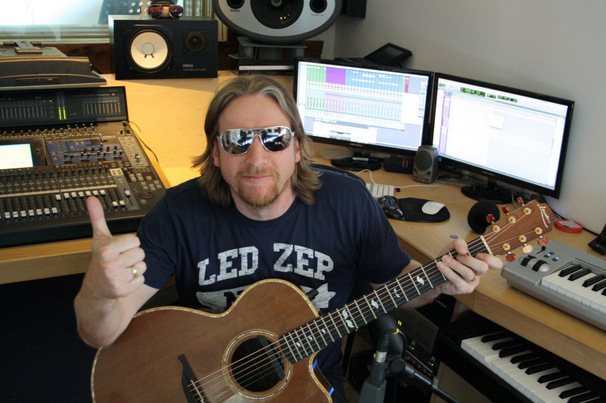 John Taylor is a Scottish singer/songwriter. He is currently working on his seventh studio album which will be released in 2017. One of his more famous recognitions “Pull You Through” was on the Golden Globe and Emmy winning show “Californication”.  It’s from his album “Bring The Stars Alive”. Songs on this album are beautiful and simple yet grab you emotionally from the opening lines. Johns style has a very toned down approach.

The song “Pull You Through” sent John into the iTunes singer/songwriter charts and ended up as a number 1 in Sweden. It also made it into the top 5 in Canada and number 12 in the USA. “Break My Bones” another one of Johns songs was played on the USA show “Necessary Roughness” and twice in ABCs hit show “Revenge”. More than a million people have listened to John online and he has sold over 50,000 downloads on iTunes. In 2015 he was nominated for the Hollywood Music in Media award for his song “Pull You Through”.

Fred Arrowsmith a Producer/Writer/Director  has worked in films for nearly twenty years. He graduated in the late 90s with an HND IN Film from college. He was involved in community Film Productions with companies such as Praxis. This included writing, directing and editing educational pieces for local authorities projects.

Fred had seen that John signed a deal 6months ago with the states for specific storylines for music supervisors in TV and film and had also herd some musical videos he created with a mutual friend. He then came across  one of Johns tracks ” Pull you Through ” featuring one of of cast members, Elanor Miller.

He made contact with Elenor  and asked her to make an introduction to John. After this happened he described to John what he was looking for in the song for the movie “Kingdom: The Fall of Illandriel”.

John went and away and locked himself away in his studio for two weeks and came up with the genius “Battle Cries”. He then  went to the studio with Sandy Jones ( Love is all Around/ Producer) and Greame Duffin from Wet Wet Wet.  Graeme played acoustic guitar in the chorus. American composer Kyle McCuiston then added orchestration to the track within a few days they had their song. It was everything and more Fred could have ever asked for.

The unique tone John brings along with his writing style and themes ment he was able to connect within the song being a natural fit for the production.

Paul John is the Producer/cinematographer to Kingdom. Paul graduated with an HND in Digital Filmaking in 2009. He has since worked with various Award Winning Independent Short and feature films. Most recently he has worked in the TV and Film Industry working as a camera assistant for companies such as CNN, BBC Scotland and STV.

John Mullen Producer on Kingdom. After a long career in Business Management Mullen decided to pursue “The Act of Acting” a lifelong learning course in Strathclyde University in 2008. This has gained him employment as a supporting actor for productions by STV and BBC Scotland. During this he began to take an interest in Film Production. He produced a 90minute feature in 2011. He now concentrates on script development and writing.

Kingdom is a gritty action adventure, fantasy movie, following the journey a group of commoners must make in order to raise an army to defeat the evil Legion and regain their homelands. It follows the main character and his rise from just common young lad to being elevated to the throne of the Kingdom of illandireal.

The movie has a lot of experienced acting talent on board from established actors with Hollywood Credits as well as many up and coming amazing acting talent from across the UK.

The song Battle Cries will be released the 30th of December. 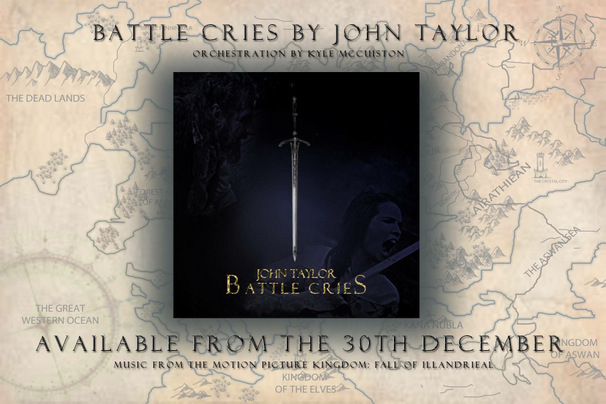