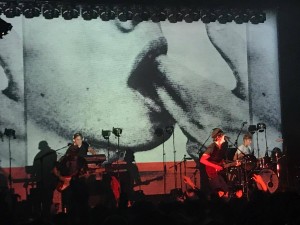 It has been an exciting year for Jamie Treays and his fanbase. After taking five years to release the album Carry On The Grudge in September last year and his EP Magnolia Melancholia following shortly after, a lot of people were worried that he may drop off the face of the earth again. Fortunately, only a year later, we have been blessed with the album that is Trick.

When Jamie T first entered the music world with albums Panic Prevention and Kings & Queens, he introduced a whole new style. Unlike artists today who inspire to look as good as they can, Jamie T was just a gap-toothed kid from Wimbledon who wanted to share his music with the world. That was until Treays essentially disappeared. There were numerous Facebook groups raising the question that everybody wanted to know the answer to ‘where is Jamie T?’ There are hints of destress and sadness throughout both albums that he has released since his break, with lyrics based around drugs and even a broken heart. However, none of this has been confirmed. He did, however, mention in an interview with NME magazine that his anxiety was the main reason as to why it took him so long to make music again.

In August, he announced a tour for his new album. Treays has always been successful in his line of work so it was obvious that this tour was going to be a hit. After managing to get tickets to his sold out show at o2 Academy in Leeds, my expectations were very high. Special guests Wyches were there to get the crowd warmed up ready for Jamie T himself. After just under an hour of Wyches, it was time for Treays and his band, the Pacemakers to take the stage. He opened up with the second single taken from his new album, Power Over Men. Instantly, there was a massive reaction from the audience. To say Jamie T had cancelled his previous shows due to illness, he was full of energy and on top form. There were a few coughs and sniffles but apart from that, the said illness didn’t seem to stop him from giving it his all.

The real highlight was when he performed all his older songs such as Operation, If You Got The Money, 368, The Man’s Machine and of course the hit songs Sticks ‘N’ Stones and Sheila. It was throughout these songs that you could sense a real connection between Jamie T and his loving fans. It is always a real blessing seeing an artist perform live and getting the impression that they are genuinely having a good time. Although, Treays wasn’t the only one on stage enjoying himself. The relationship between him and his band the Pacemakers seems to be a lot more than just business. I don’t necessarily want to call the Pacemakers a back-up band, because they are a lot more than that. But with bands who usuallyaccompany or help out other artists, they tend to look like they don’t really want to be there. With the Pacemakers, I didn’t get the vibe at all.

Towards the end of the set, Treays played one of his more serious songs taken from his new album called Sign Of The Times. He performed on his own without his band which made it a lot more intimate and a real chance for him to connect with the crowd. With lyrics like ‘Where did all the venues go? Lost them all to businessmen’ and the chorus repeating ‘I was never enough’ the crowd swayed and sang along.

It was time for the encore and after constant chanting of ‘Jamie, Jamie, Jamie fucking T’ and ‘Yorkshire, Yorkshire, Yorkshire’, Treays and the Pacemakers returned to play one last song which, of course, was Zombie. The atmosphere during this track was one I can’t quite explain. A lot of gigs can be dangerous with pits, pushing and people arguing because someone taller than them is blocking their view. However, all the crowd seemed to get on rather well, as if they hadn’t just met for the first time.

Overall, this was a grade A gig. Even though there were slight technical difficulties that took place during the Prophet, Treays played through it and made it barely even noticeable. The performance from Jamie T and the Pacemakers was exceptional and the overall atmosphere and reception from the crowd made it an unforgettable experience. Not many artists can disappear for five years to then come back and still be relevant. Jamie T is very lucky to have loyal fans that were willing to wait whilst he worked on himself, and that’s okay. Just as long as he doesn’t go away again anytime soon. 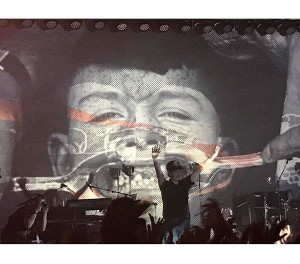