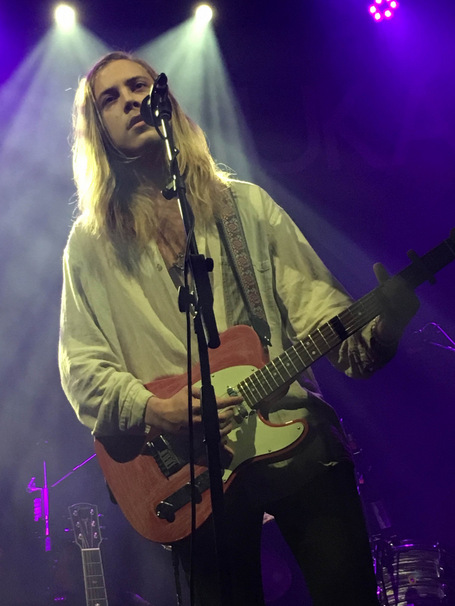 Issac Gracie 21 from Ealing was Michael Kiwanuka support. Although very young his music has an old feel to it, yet sounding very familiar at the same time. His voice has depth and soul with a powerful rocky edge to it. Radio 1 has already started playing his music. Looking slightly nervous on stage this did not effect the power of Issacs’ voice when singing.

A perfect support for the great Michael Kiwanuka. He told us that it was a pretty surreal moment to be supporting Michael on tour because he remembers growing up to his music in a sense. He was really happy to share this moment with the fans. He said it was quite an important day of his life. During his set a crowd member shouted out one of his song titles. He apologised saying he wouldn’t be playing that tonight and joked in “come to another show……Edinburgh tomorrow”.