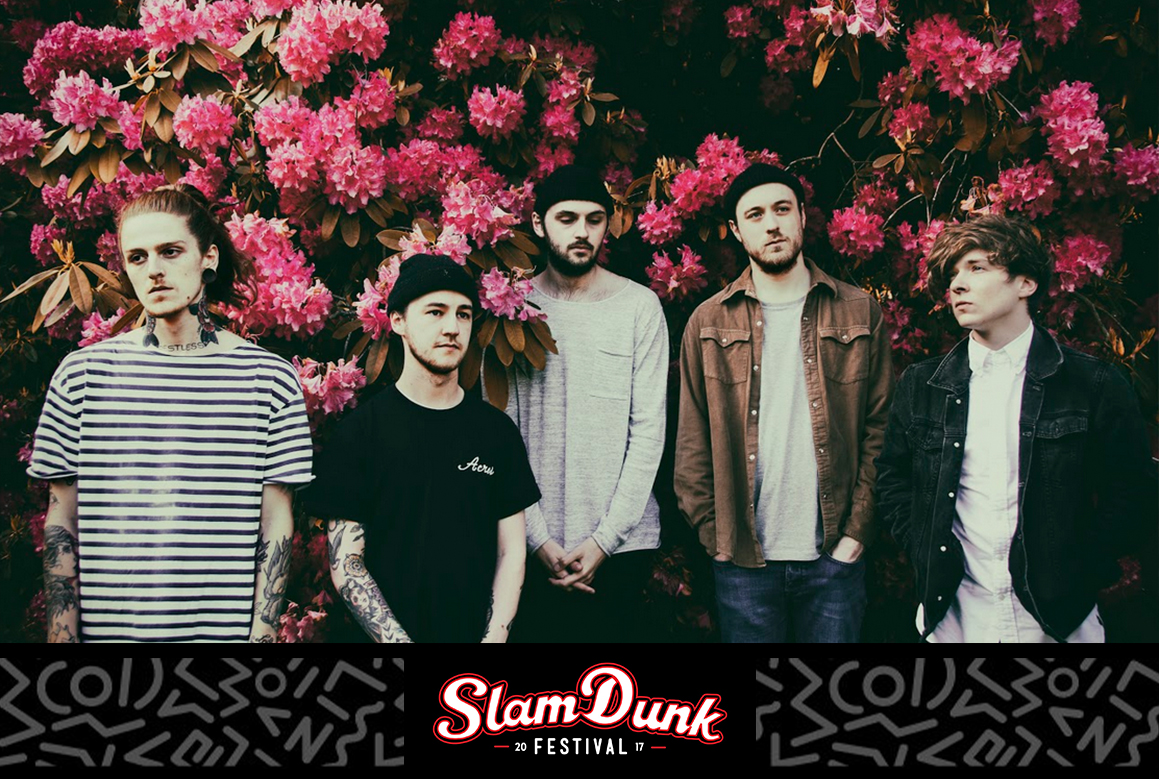 Up next in our Slam Dunk preview are Welsh five piece, Casey. Having only debuted two years ago (a few days removed from the day), the post hardcore-melodic band released their debut album, Love Is Not Enough with open arms and was extremely well received. With a heavy touring schedule and a fantastic and quickly growing back catalogue, you would be insane to not catch them on the Rocksound Breakout stage at this year’s Slam dunk festival. Check out what front man and lovely chap, Tom Weaver had to say ahead of the festival…

Hey Tom! Since your formation two years ago, you have been almost nonstop from releasing your incredible debut album, Love Is Not Enough, to going on countless successful tours, notably playing this year’s Impericon festival. Can you sum up how this year has been within the Casey camp?

Going into the start of the year we honestly weren’t sure what to expect; we’d seen the album begin to get a positive response over the winter but hadn’t really solidified a touring schedule off the back of it. Then all of a sudden we were booked up as far as the end of the summer, and we started putting some pretty ambitious plans in place for the end of the year, which have since come to fruition too. So it’s been a bit of a rollercoaster for us, it went from nothing at all to being a very exciting year in a short space of time.

Casey are, arguably, one of the few bands that have successfully managed to break into the ambient, post-hardcore scene since bands like Being As An Ocean, Circa Survive and Touché Amore have really popularized it in the UK over the past few years. Do you think that the UK scene is now growing, especially with other British bands such as Acres and Holding Absence also on the up and up?

British music in general is definitely on the rise which is wonderful to see, especially to someone like me that lived through the rise and fall of late nineties and noughties post-hardcore in South Wales. There are so many bands being picked up by major, credible labels both here and overseas, and really being given a platform from which to present themselves and represent what the UK has to offer, and thankfully almost all of them are doing an incredible job.

You have a very intense and emotional connection with not only your music but with your fan base. When you approach your writing, do you ever feel as though it is can be too much or there are limits to what you want to share?

Lyricism has, in recent years, become a very personal endeavor for me; I would say that it’s always been that way, but after rediscovering some very old note books recently I realise that as a 14-year-old I had very little to say of any worth haha. If there is a limit to my honesty or exposure then I’ve yet to reach it. I’ve come to consider myself as something of an open book, providing it doesn’t detrimentally effect my relationships with others. It took me a very long time to be comfortable with talking about myself, so now that I’ve found that comfort, I’m generally happy to exploit it.

Well, in a very literal sense, I’ve never seen anyone scream my lyrics at us, because I sing with my eyes closed for the vast majority of the set. I think the investment we receive from our fans is partially the lifeblood that keeps Casey going though. Ever since the release of Hell we’ve felt an incredibly strong, passionate connection with our fanbase; it’s something that we’re eternally grateful for, and would be nothing without. Myself and the artist responsible for the album art always love seeing interpretations and tattoos of the work though; I see it as a way for us to live on beyond the inevitable death of the band.

This year marks your debut at a mass amount of festivals, including Download and Reading & Leeds festival, but you’re kicking it off with Slam Dunk on the Rocksound Breakthrough stage! Are you excited about being able to play?

I attended Slam Dunk for the first time last year, and a huge part of the reason I went was to see my friends Hellions playing on (what was then) the Kerrang Fresh Blood stage. So, it’s kind of surreal going from one side of the barrier to the other in 12 months. We’re very grateful to Slam Dunk and to Rock Sound for having us though, and we’re looking forward to playing a great deal.

Do you have any expectations from the festival or the crowds?

Expectancy is the first step to disappointment I feel; providing we’re given a stage upon which we’re allowed to express ourselves in the way that we best see fit for 25 minutes, then any and all desires that we have for the show have been met. We’ve been incredibly fortunate in playing shows across Europe to thousands and thousands of people, and we’ve also played shows to 15 people or less; the level of authenticity and emotion that we invest into our live show isn’t dependent on the setting or the number of spectators.

Previous to the festival, you are going to be on a short run of sold out dates with fellow SD alumni Boston Manor, but are there any other bands you are desperate to catch over the SD weekend?

I’m really looking forwards to catching Ocean Grove on the Breakout stage; I’ve been friends with those guys for a while now, and I’m a big fan of what they do. Other than that, I’ll definitely be catching The Bronx, Black Foxxes, Turnover, and if I’m able to watch the opening of Sorority Noise’s set before we hit the stage then I’d be very happy.

As mentioned, you are also playing Download and R&L this year! Do you have any expectations of both festivals, or do you even have any worries going into them?

As I said I don’t think having any level of expectation is particularly healthy or even justified. We were absolutely shocked to receive the offer from Reading and Leeds, and I think my parents were even more gobsmacked than I was, but we’re not going to glamourize or choreograph our performance for the occasion. We’ll get there, play half an hour of music that we’re proud of, and then some of us will get very drunk watching Eminem.

Finally, what does the rest of the year hold for Casey and should we be expecting anything in terms of new music anytime soon?

We have some more touring to do before the year is out, and we have some fairly ambitious plans for the latter half of the year too which we’re all incredibly excited about. The end of this year, and I think more importantly moving into 2018, will be a huge step forward for Casey.

Casey will be playing the Rocksound Breakout Stage at this years Slam Dunk Festival on the following dates:
Birmingham – May 27th / Leeds – May 28th / Hatfield – May 29th
TICKET INFORMATION – Advance tickets £44 or £49 with after party are on sale now.
www.slamdunkmusic.com
Facebook – https://www.facebook.com/slamdunkltd/
Twitter – @slamdunkmusic
Instagram – @slamdunkmusic