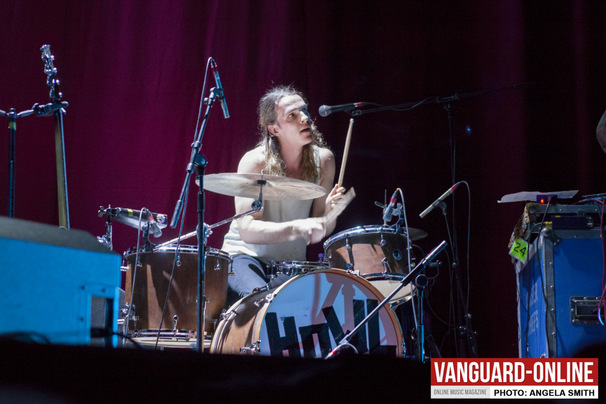 HOWL reinvented themselves at the start of this year, dropping a previous name to better represent the band. Starting a new chapter both personally and in their music. A change of name and musical style seemed an obvious choice. Maybe the recent change was the reason for the name written in gaffa tape on the drum skin, or maybe its just, cool. They remind me of  a 1990’s Indie/grunge combo with a modern twist in both looks and sound, with long flowing locks on everyone but Augustine. 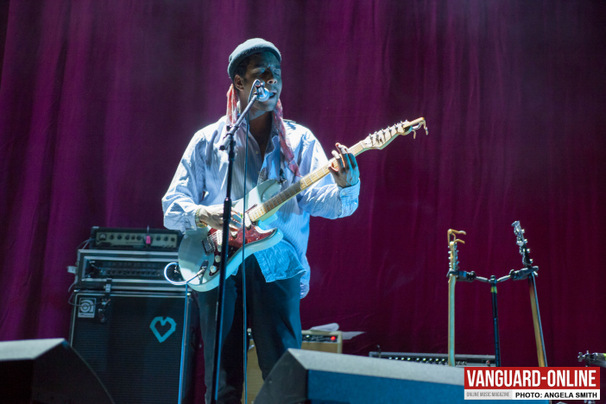 They started off their seven song support set for fellow Yorkshire band Kaiser Chiefs with the dynamic single ‘Blue’. It’s catchy, really catchy. On the long drive home from Leeds I found myself humming the chorus, which after 4 hours of hearing it for the first time- is impressive for me. It makes sense that it’s been snapped up to feature on the official soundtrack of FIFA 17 alongside tracks from Kasabian and Bastille.

They first made a name for themselves with their debut ‘Are You Satisfied’ played third on tonight’s set list. A melodic track that builds into an exciting, complex harmony of vocals and instruments. It draws you in with smooth melodies and an uplifting chorus and leaves you wanting more. 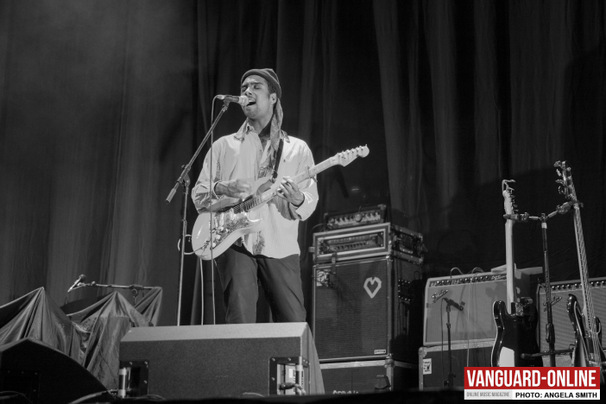 Sitting comfortably under the glaring red and blue lights on possibly one of the largest stages they have played on, they look natural in this habitat. The front row of the audience, who seem well versed at this tour- sing back the lyrics, knowing most of the words to most of the songs already. Overall the vibe was good. Speaking to people after the show it seems HOWL may have gained a new legion of followers. “I loved them, it’s such a different sound to what I’m used to. I will definitely be keeping an eye on them from now on!” Alice 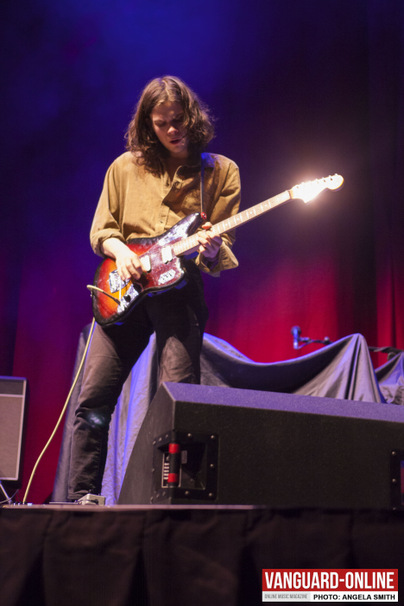 Treating us to tracks Give it, Jungle, and Blow my mind, the latter of which showcased Augustine’s impressive vocal range. HOWL belted out new, funky single Lost which was received well by all in the arena.Howl finished on track Oh my Lord, warming up the crowd nicely for the second support band of the evening  Spring King (reviewed here). 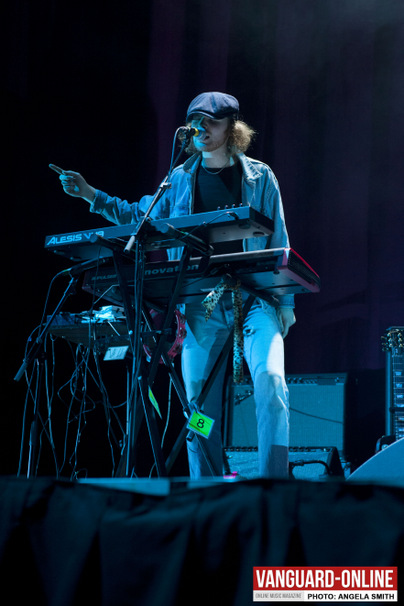 It was always going to be tough being the first support band of two for this Kaiser Chief’s arena tour. (reviewed here) But these guys took it in their stride. The large crowds didn’t seem to deter them from putting on an energetic, melodic, funky performance. Singer Sam said of the tour “It’s mind blowing, every night was a highlight, from the first night in Wales to the Leeds hometown gig- it was amazing to play to thousands of people each night”. 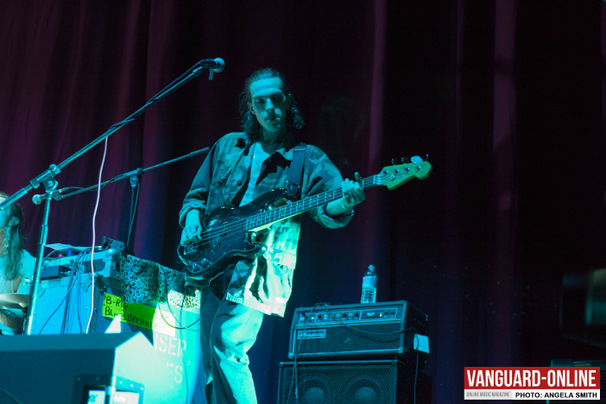 Howl have had a taste of the high life and are not ready to let go of it easily.Now the Kaiser Chief tour is over, the guys are eager to get back on the road and carry on sharing the new sounds they are creating as we speak. Sam Augustine is looking forward to  releasing new material with fans and the band are busy planning on releasing a new EP over the coming year. 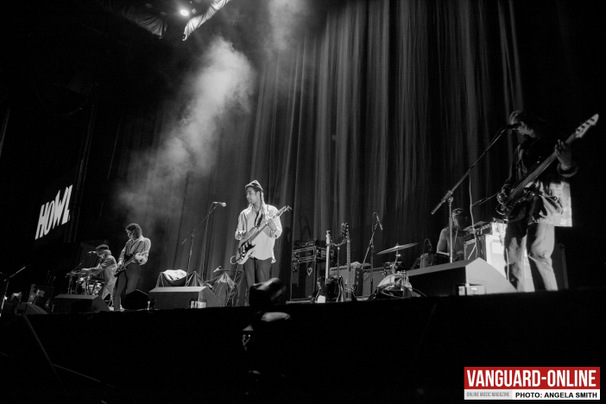 You won’t find much history on these guys while trolling the net, but what’s the point in looking back? These guys are writing their own history and making a name for themselves right here, right now. It’s a shame most people don’t turn out until the main act is on, missing out on little gems like HOWL. This is just the start for HOWL, the start of something big. Howl are coming….

If you get the chance -check them out at a venue near you!