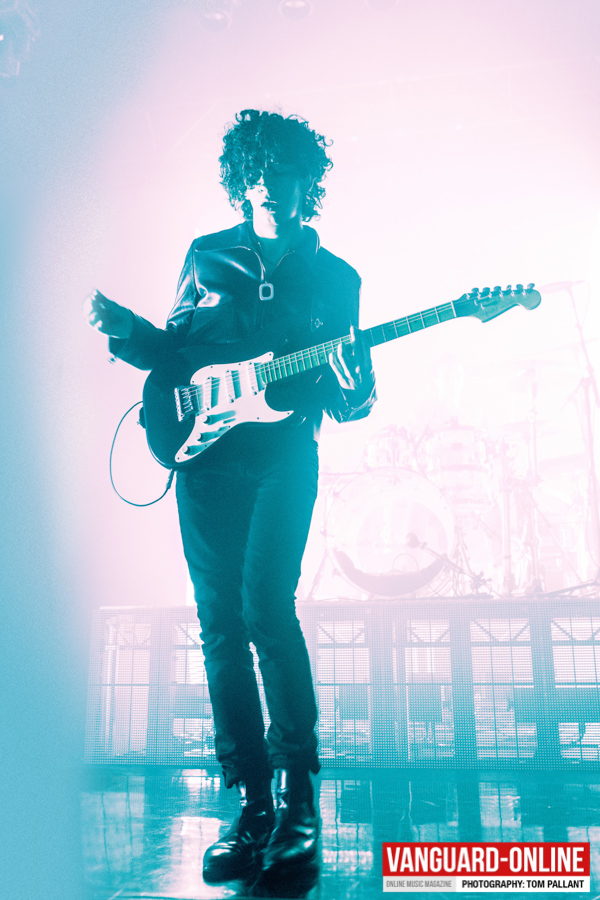 It’s cold, it’s very wet, it’s a standard late November evening for Manchester, except for the lucky few (2,600) who’ve managed to get tickets for the The 1975 show tonight. And by “managed” probably through beg, borrowing, and stealing (hopefully) due to the ridiculous challenge it was to get tickets to see this humble Manchester 4-piece. Outside the Manchester Academy, the trail of Tesco carrier bags, empty flasks and even sleeping bags and tents litter the pavement leading to the venue, left behind from the committed (and potentially crazy) fans who camped out from yesterday evening just to get a glimpse at the lads arriving today. This is only just a taste of the outrageous fandom that has become The 1975.

This is the hometown show for the Manchester boys and the last date on their 16-date UK Tour before heading over to the US for that leg of the tour in a few days. I was lucky enough to see them in Liverpool on the first date of their tour so I had a bit of an idea of what i was in for, but nothing could have prepared me of the hundreds on hundreds of screaming girls cascading down towards the barrier, even more so that in Liverpool.  The pre-show gradually fades to low dramatic hum, increasing in volume over the period of about 15 minutes, louder and louder until everyone starts to notice it. That this is how it starts. 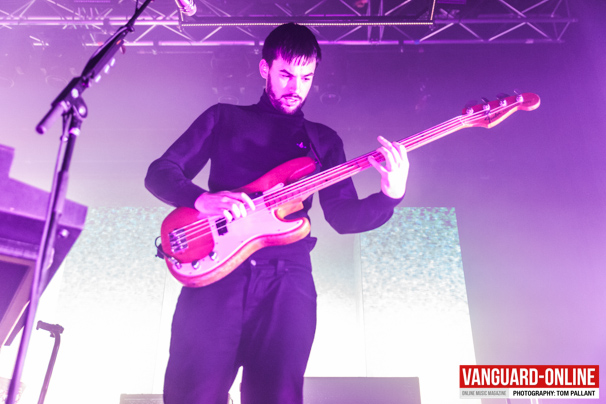 The screams, now almost ear piercingly loud lead the way for the guys to emerge from backstage, first George Daniel (drums), Ross MacDonald (bass), Adam Hann (guitar), and finally Matt Healy (guitar/ vocals), and now they’re back. Suddenly the instantly recognisable guitar intro to their latest single and first off their new album, “Love Me” rings out and the screaming only gets louder if thats even possible. The new pink look they’ve adopted floods the stage and Healy’s overwhelming charisma is all too clear. Having shifted their previous LED boxes up onto the roof above the stage, an entire LED wall is illuminated behind them with outstanding visuals to compliment what is one of the tightest beginnings to a set I’ve seen.

After smashing through the old favourites from their self-titled debut album, such as “The City”, “Settle Down” & “Heart Out” notable mention must go “You” taken from their “Sex EP”. The massively overdriven guitars add the character to this anthemic tune, and as one of their older songs you’d be forgiven for thinking it would be less popular, but how wrong you are. In 2012, I saw them perform this song in Leeds in Cockpit 3, the tiny 50 capacity room in the roof of the venue, and it was special then so seeing it now in this 2,600 capacity space completely packed out just shows how far they’ve come in just 3 short years. 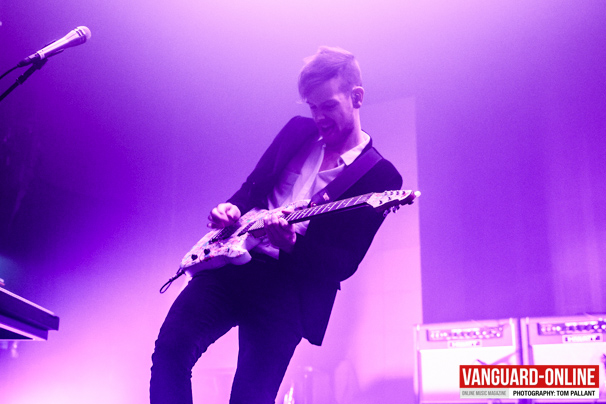 After announcing their new album release a few weeks ago titled “I Like It When You Sleep, For You Are So Beautiful Yet So Unaware Of It”, which seems like a bit of a mouthful. Nevertheless, we’re treated to a handful of tracks of that album tonight, from the beautiful ballad of “Change Of Heart” to the bop feel-good tune of “The Sound” which is a personally. Although they’ve gone a bit for 80’s centric, they’re still very much rooted in The 1975 helped in particular by Hann’s beautiful guitar lines. We can’t successfully review this show without mentioning the sometimes hidden 5th “member” of The 1975, John Waugh a childhood friend of the guys and also their sensational tenor sax player dipping and out of playing keys behind MacDonald and soloing in songs such as “Hnscc” and the new “Somebody Else” offering another perspective to the live performance that we sometimes don’t get on the records.

After exiting the stage as if they’ve finished the show and the crowd level reduces, the faint chant of “WE WANT SEX” starts to spread across the room developing into an almighty shout said with particulate vigour by those at the front. In no other situation would it be appropriate for so many pre-16 year olds to scream such a phrase, but in The 1975’s case I think we’ve just got to accept it. After re-emerging, the LED wall springs into life playing a gif. of the cityscape taken from the cover of the single they wrote for part of  Radio 1 Re-Scores Drive, “Medicine” which as such a beautiful song connects on a deeper level when performed live. Finally, the audience get what they were chanting so loudly for, “Sex”. The already hyped up audience somehow get second wind as soon as the opening riff is played and Healy’s characteristic hair flicks are out in force as ever! The totally over-exaggerated breakdown in the final few bars shows how little they want the show to end by trying to drag it out longer than usual, and who can blame them after such an amazing show. After their brief departure form the public eye back in June and the complete overhaul of their visual perception, I’m very happy to say that The 1975 are back. 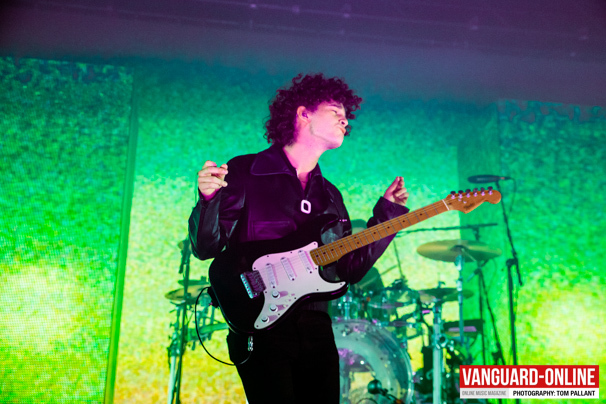