It’s a lottery, the music business and I feel for bands like Holy Holy, travelling halfway round the world to a hipster bar (I mean, they serve pale ale at great price in schooners to men with beards….) to perform in a large sitting room to a respectable but not packed crowd. They have all the ingredients of bands that are much bigger and are schlepping round the world, working for their moment in the sun. 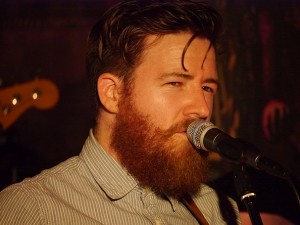 Two Australian brothers, one singing, one playing lead guitar plus a full band of drums, bass and keyboards, they have a slew of affecting tunes, decent lyrics and a starry set of licks and riffs. It ought to be a winning formula; one brother (long Edward Lear beard and hipster hairdo) sings quality indie, while the other (long hair and a small beard) shreds a Telecaster with lines that shift between the limpidity of a Marc Knopfler and tuneful guitar-hero shredding. It ought to be and it might just be. They play an hour and every song goes down well, half being very fine and a quarter being thoroughly excellent. The odd moment, like a song that might be called Two Lovers, comes over as a flashback to eighties big beaty pop ballads. The rest channel an urban-aware Celtic romanticism, one of distance, journeys and loss. Something trans-Pacific and trans-Atlantic, at home wherever it rests and nestling nicely into any ears. 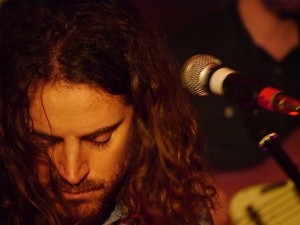 The sound is excellent and takes a good deal of setting up. The opener starts on drum machine with keys playing the bass line and a long slow Telecaster solo. The next sees Guitar Brother hammering on and ringing strings for tonal effect. “If I were you I’d buy a horse the colour of dreams”, sings Singing Brother. He stops for brief words of encouragement between songs, claiming a love for Leeds that belies their punishing schedule. Sentimental And Monday sees more of the trademark limpid guitar figures. Lovely stuff and many on the floor join Guitar Brother in some refined guitar solo faces. 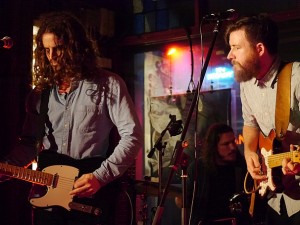 It’s all about the brothers and the rest of the band tuck behind, the bassist almost immobile, wearing it high, playing carefully. Songs are arranged in detail and the parts mesh tightly, creating mini-epics. As we approach the end, recent single, Darwinism is very strong and You Cannot Call For Love Like A Dog is stretched and not quite bombastic. A huge guitar solo marks it out and pleases the crowd no end, who cluster round the boys as they leave the stage. 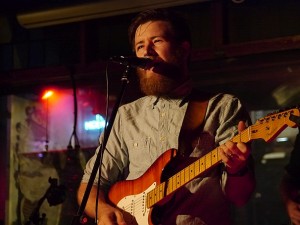 Like I said, this band have a maturity and sense of purpose giving them the ability to become so ubiquitous that we grow sick of them. Or they could be overlooked; fond memories of a select group of fans. If hard work and craft were the sole factors, they’d be headlining Glastonbury next year. Watch this space…… 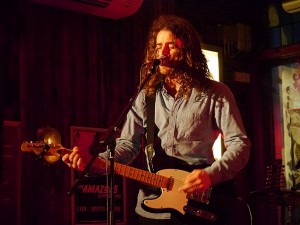