‘Hesitation Makes‘ begins as the name suggests, hesitantly. Peeling slugs from stones, with radiant waves, like echoes of an underwater earthquake a thousand miles away. The waves continuously approach with more urgency.

Art Nikels are a San Francisco band that describe their work as a “blend of electronically fused psych-rock,” and “fuzz-folk morphology.”

Since their formation in 2014 by Arthur Nikels, who they call a ‘mysterious benefactor’, they have toured once, In California.

Rumor has it he sends them sheet music and a buttload of cash – I cannot confirm nor deny the truth in this. But I can confirm that Art Nikels are releasing their first EP, ‘Primitives‘ on the 20th of March.

The singer’s murmuring is reminiscent of My Chemical Romance’s Interlude for “Thank You For The Venom”. There isn’t much point trying to decipher this – It’s not radio play, It’s psych rock.

Forty seconds in sees a military-like drum drafted in, preparation, mobilisation for what’s coming next; and then it all kicks off.

The tsunami has landed.

It sounds like its holding the lid over something pearlescent, and metallic. Boiling, cymbals bash as the particles try to escape.

The drums abandoned the militaristic uniformity they had before; berserking , bashing wildly, out of time. It’s unpredictable, and needless to say, impossible to replicate in live concert.

Every show by these guys must be a unique experience.

This song takes you back to the 1970’s space age we never got – and trapped it in a spaghetti pot with the heat on fully. 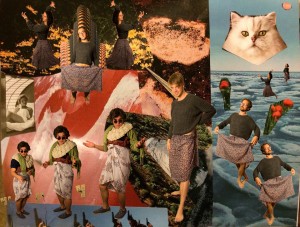 The lead singer’s grumbling out of tune and time is what constitutes the ‘fuzz-folk’ aspect presumably. It’s Bob Dylan with a computer science degree.

It then leaps off into a different rhythm one minute in from the end, guitars styled in the spirit of ‘Apprehension’ by Manchester Orchestra, before finishing out abruptly.

These guys seem to be lashing out whatever they come up with – And I for one think it’s going well so far.

But there’s only so many chances you get at winning the lottery. They’ll hope Arthur Nikels is their ticket. 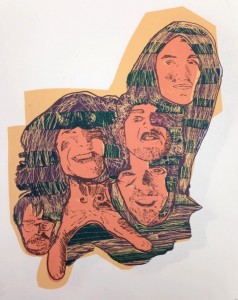