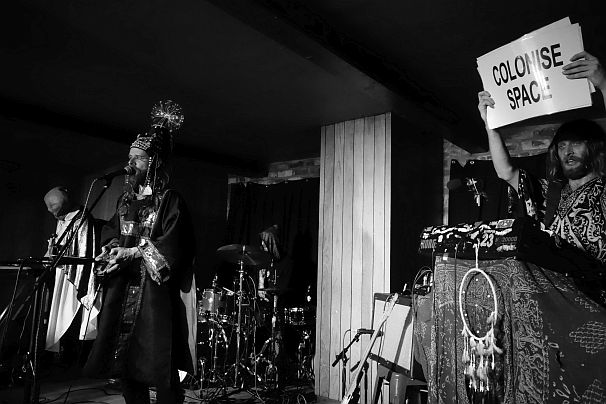 That was a fun night – the energy breaking the venue curfew and too good natured to be stopped. Ninety minutes of inspired craziness. We were happy to play along, knowing it would be fun and it was. 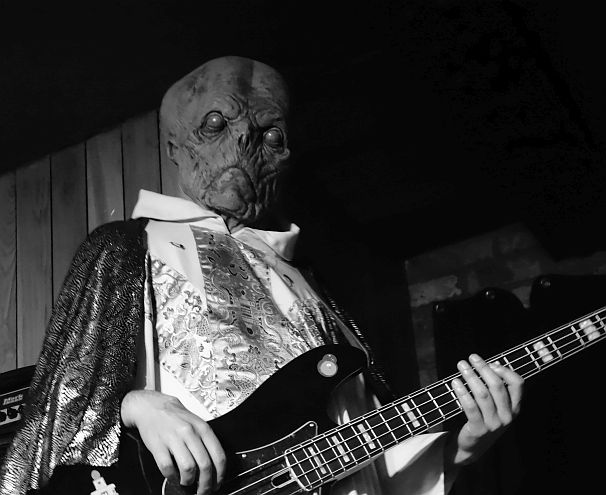 This troupe of aliens were led by a character almost camp – like George Formby transplanted into the late 80s. Irony and a cheeky wink is a written through his bones like Blackpool through Formby’s stick of rock. Dancing foot to foot or doing a Russian dance or fluttering his eyebrows; the head alien is a massive show off, wearing a Van de Graff generator on his head. 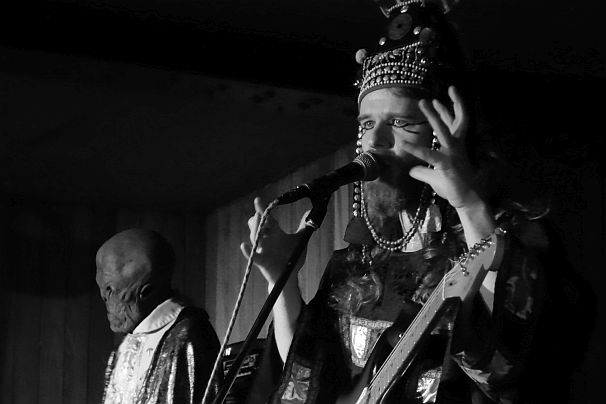 A Venusian played keyboards and bass, the last of his race, with a song written for him, in Venusian of course. A reptilian headed alien played the drums and the fourth member looked more like Graeme Chapman in Monty Python’s Life Of Brian. Just looking at the band was entertainment enough, but they played an hour and a half of music too. The set opened with half an hour of slightly disjointed dance-pop disco but after a comedy interlude to change a guitar string, things headed down a Ravey direction. Our head alien broke a string and took some time to change it, making it into a theatrical show piece as the band vamped bits of The Girl From Ipanema behind him and he mugged up a magic show routine. 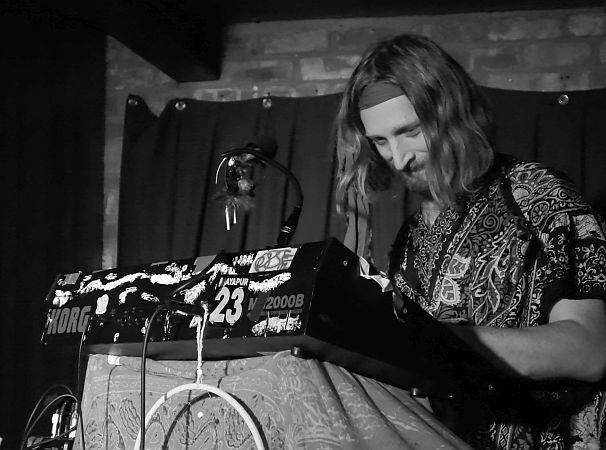 Squelchy synth and pumping Rave beats then sent this audience dancing old school. Nods and cheeky smiles kept everyone engaged, along with comedy introductions. The pressure built and the lead alien took to hip-hop; switching his vocal treatment from helium-high to low, then to Stephen Hawkings – creating his own conversation with himself. The atmosphere was tremendous – everyone was dancing and enjoying themselves, smiling along with the crazy conceit. It came as no surprise when the one we’ve been waiting for; “We Demand”, became a long conga line snaking through the audience with grins and much love. 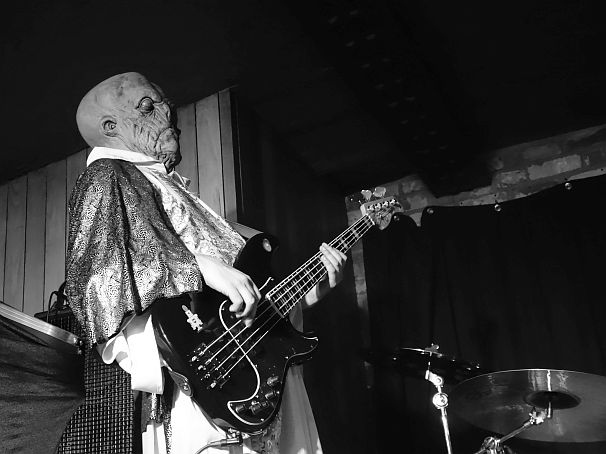 Check the listings at the next festival you go to. Look for the small tent, maybe around 6 o’clock. Henge will be on. GO – you’ll have a better time there than any other time in your weekend. 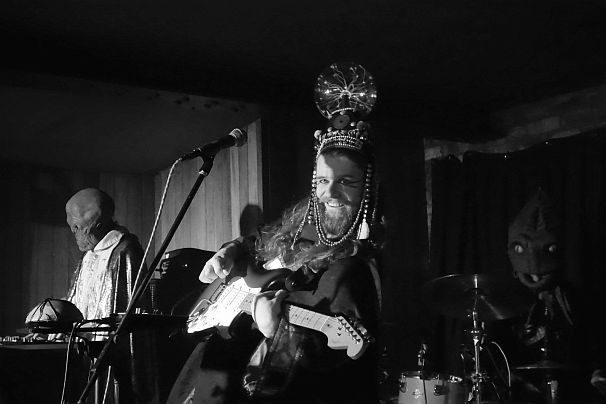 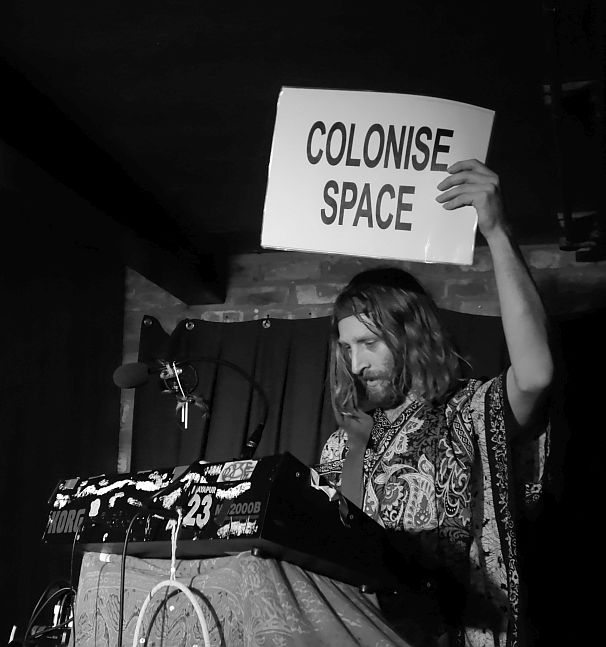