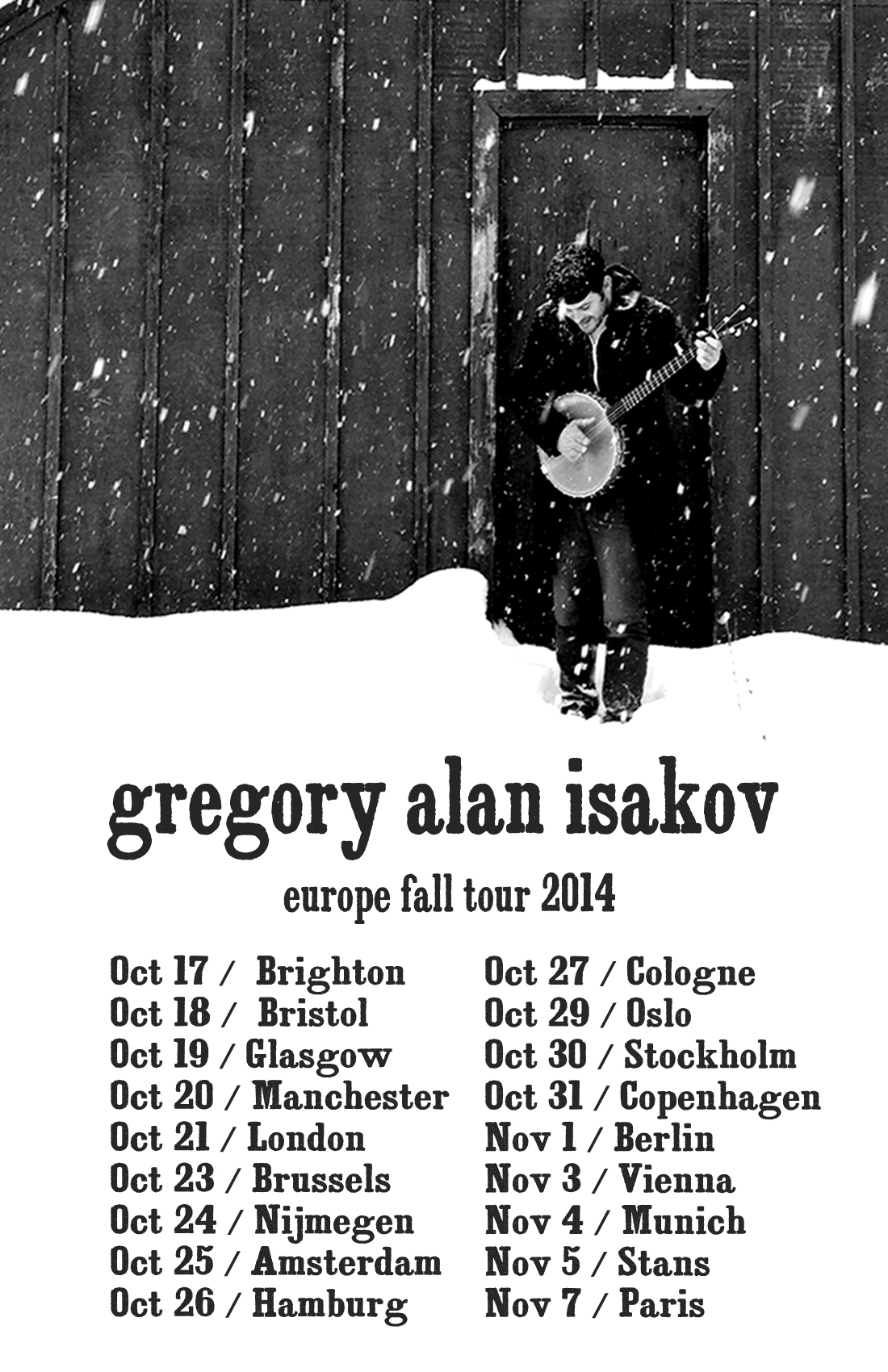 Gregory Alan Isakov has announced an eighteen-date tour of Europe across October and November 2014 in support of his new album The Weatherman. This will be Isakov’s first tour in Europe since the album’s release in late 2013 and will commence with five UK headline shows, including London’s Bush Hall on Tuesday, October 21.

The Weatherman is Isakov’s third full-length release and follows 2009’s This Empty Northern Hemisphere, which the Denver Post praised as “an artistic masterwork” and Paste Magazine described as “quietly lush” and “deeply vibrant.” Born in Johannesburg, South Africa, and now calling Colorado home, Isakov is a lifelong traveler. With a degree in horticulture, Isakov balances the art of making and exhibiting his music with the art of gardening and connecting to the land.

Have a listen to ‘Amsterdam’:

Latest posts by ashlovelace (see all)