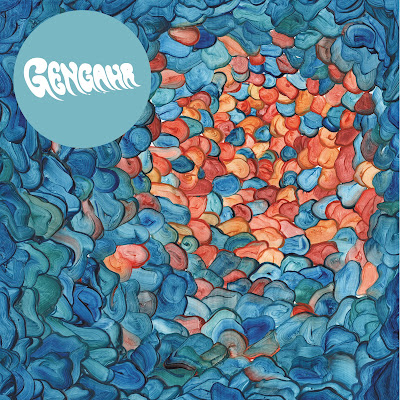 After a ground-breaking 2014 for the London quartet, and starting off 2015 supporting Alt-J’s stadium tour across Europe, along with fellow Londoners Wolf Alice, Gengahr have started building up quite a name for themselves. Headed by Felix Bushe, it is almost surprising that the band have only played a small handful of headline shows. But after headline slots across most major UK festivals, and playing across the pond in SXSW, Gengahr have finally taken on the task of releasing their debut album ‘A Dream Outside’.

Although the album’s opener, ‘Dizzy Ghosts’, starts off deceitfully peacefully, it’s quite clear that Gengahr have pulled out all the stops for this album. After a year of playing to developing crowds for other band’s gigs, Gengahr have had enough of being in the limelight and want their debut to be a ferocious showcase of what they’re capable of.  The album almost goes through without letting the listener even take a breath.  Bushe’s lyrics immediately transport the listener to another reality as track by track they go through what feels like an album of hits, stopping only for a breather in the instrumental ‘Dark Star’. The same can be said for guitarist John Victor’s complex guitar riffs, helping create this mysteriously wondrous album.

Set for release on June 15th through Transgressive Records, the album promises to be one of 2015’s most exciting releases, setting the bar even higher than the band’s previous singles. Now all that remains for Gengahr is to show their talent live. With yet another host of summer festival dates, including an appearance at British Summer Time at Hyde Park to support The Strokes, the London band have lined up a 13 day tour across the UK this October. Starting in Brighton on 6th October, and finishing is Sheffield on the 21st, the tour will take the to their biggest headline show yet at London’s iconic Scala. From witches to monsters, Gengahr have seemed to have covered it all in their debut album, making it one of the summer’s must haves and them one of the most exciting bands to come out of London in recent years.

Gengahr – A Dream Outside Tracklisting:

A full list of dates can be found here.