Gemma Hayes at the Whelan’s of Wexford St, Dublin 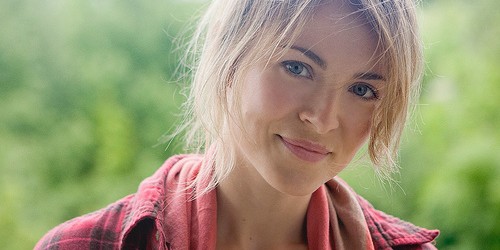 This Gemma Hayes gig felt like a home coming. Those assembled seemed to have come especially to welcome her back to the Dublin after her many years in America. Dublin was the city where she cut her teeth as musician whilst studying at UCD over 15 years ago. The city had been celebrating Gay Pride in the glorious sunshine all day, and the revellers brought the electric atmosphere from the streets in with them. Rain began to break through as the folks queued to enter, but this was not going to dampen anyone’s spirits, they were here to see one of their own at the top of her game, and they were not disappointed.

The Tipperary born native is touring in support of her most recent record Bones + Longing, which was released last November, and many of the songs from the album dominated the set-list. The horde of ardent supporters had obviously devoured the new offerings, harmonizing along to her new songs as much as the older classics. Her disciples were riveted, and those talking out of turn were quickly shushed.

The gig’s support came from Joe Chester, who according to Hayes had been an inspiration to her work for years. His subdued performance was a strange start to the show, but oddly it worked. By the time Hayes and her four piece support band came on stage the Whelan’s crowd was bulging with volume and anticipation. The song Dreamt You Were Fine from the new album kicked off the gig, it starts with Hayes telling her audience to sit themselves down on an easy chair, but her request fell on deaf ears as they were here to dance and sway to her every melody.

The anthemic Making My Way Back, also from the new album, soon followed. This song reinforced the home-coming vibes which were rampant on the night. It got the already excited pack pumping with energy. The story of the returning Ms Hayes was best summed up by an anecdote she told about attending an LA pool party where no one would get in the water because their swim suits were dry clean only. She had found herself a long way from Tipperary and she wanted to go home!

Hayes keeps up this banter with her fans throughout the night, she describes the horse themed Palomino, the newest single off Bones + Longing as her answer to Fr Ted’s My Lovely Horse, but again she is only having the craic with the audience, singing about Sorrow being in the Marrow is a million miles away from talk of sugar lumps and riding over fences.

Before Gemma finished up she skewered the encore routine with a wink. Of course she was coming back on stage, it was only 10pm! This realistic interpretation of the encore, which has always been a farce, was as funny as it was refreshing. When Hayes came back out, first to perform a duet with her support act Joe Chester, and then to sublimely cover the difficult Jackson Browne classic These Days the crowd were begging for more, but Gemma had only time for one more, her own classic Let a Good Thing Go and unfortunately after a flawless rendition of probably her best known song they had to let her go.