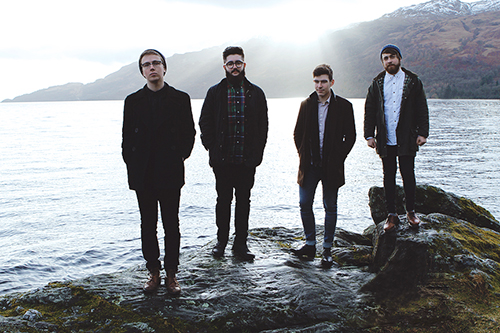 Fatherson have been making a name for themselves in Scotland for sometime now – selling out their last Glasgow show, over 500 people singing every word. That infectious support has pulled them out above their peers, cultivating a dedication amongst their fanbase. They’re a group that are important to those who know, and 2014 – with the release of their debut album and further shows south of the border – will see that importance spread signifcantly.

The band have supported the likes of Idlewild, Frightened Rabbit and Twin Atlantic and today announce that their full length album, “I Am An Island”, will be coming April 7th on A Modern Way. “I Like Not Knowing” is the first recording from the album sessions to see the light of day, and contains exactly the kind of propulsive indie-rock that their fans have come to expect from the band. Fatherson have also been included in a compilation released in the last week by Radio 1’s Ally McCrae called New Moons: Volume 1.

Vanguard Online are very excited about Fatherson and can definitely see the Glaswegians going places.