Roof art is a new form of street art that seems to be burgeoning in Brighton, since the new viewing tower on the seafront became operational this year. The roofs of several building which viewed from the ground look fairly nondescript have been emblazoned with large pieces of street art. 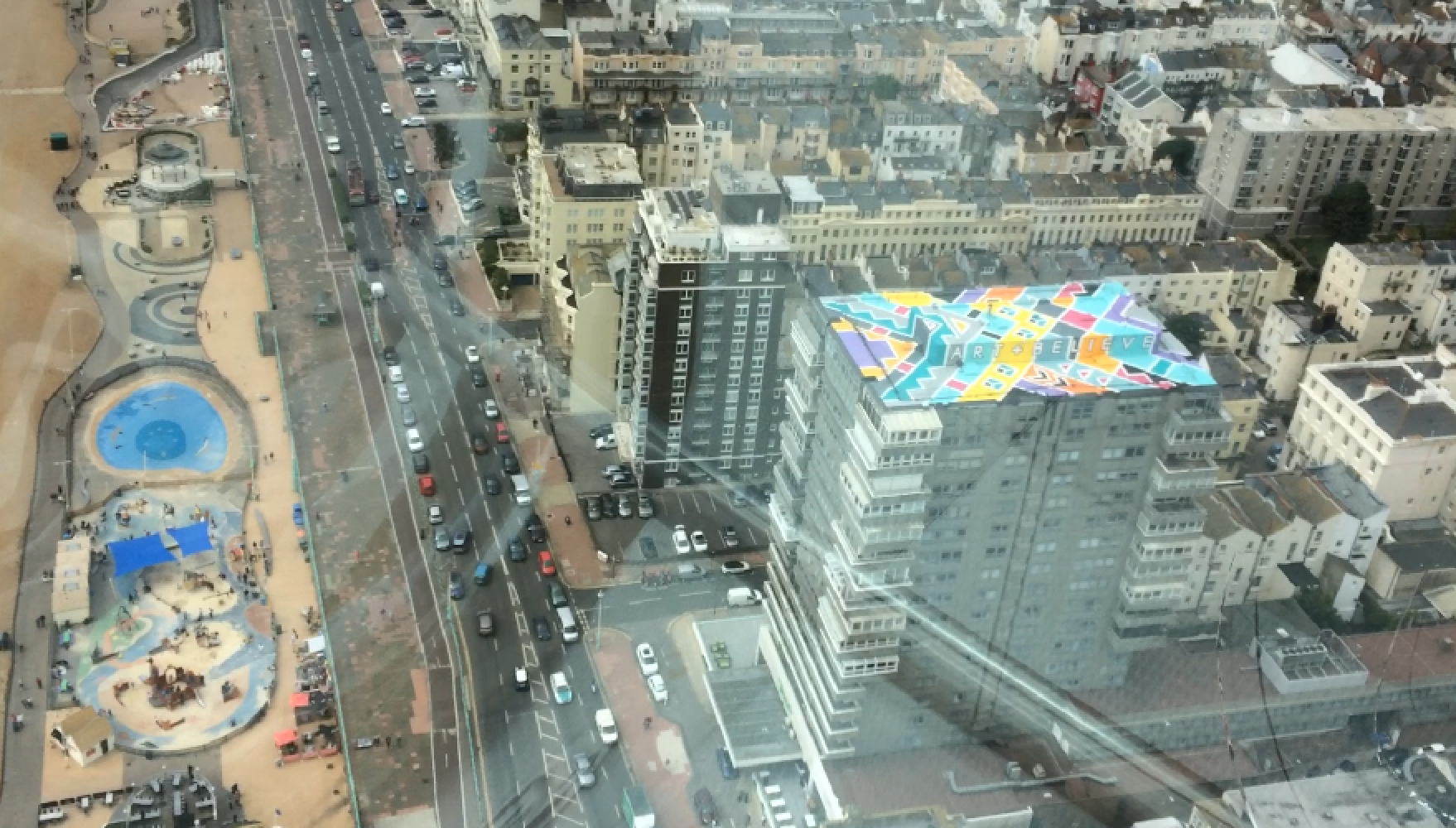 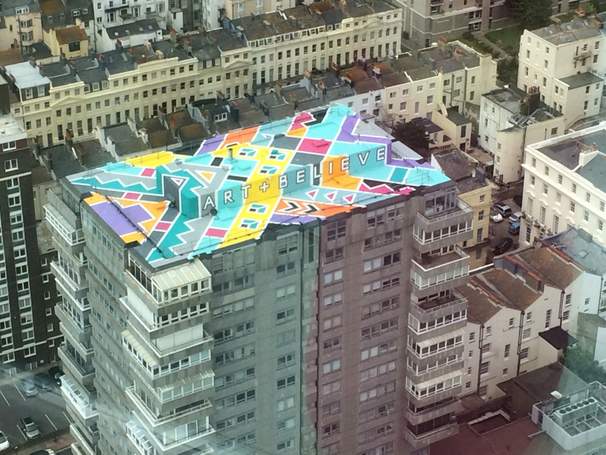 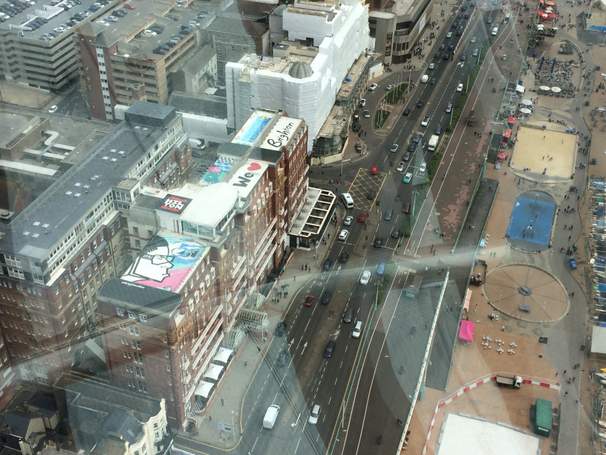 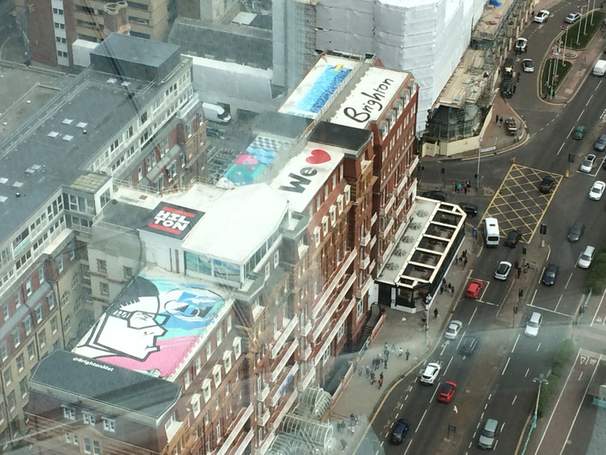 Who knows, maybe they’ve always been there, intended for helicopter pilots or the Snowman (do you remember, he flies over Brighton, with who is, technically if we follow the logic of the beginning of the film a young David Bowie).

Thing is, since the viewing tower, which is rather boringly called the British Airways i360, was built, its bought into play a huge swathe of untapped urban canvas. 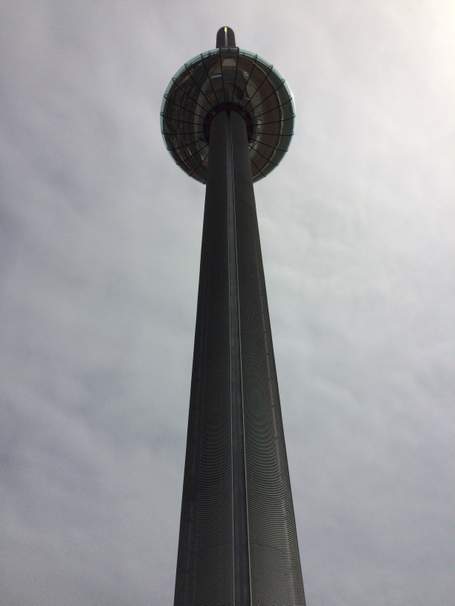 The British Airways i360 has become an immediate iconic landmark in Brighton, and is quite a thrill to go up on. Already it defines the Brighton skyline in the way that the London Eye defines the London ones, both being built by the same firm of architects. 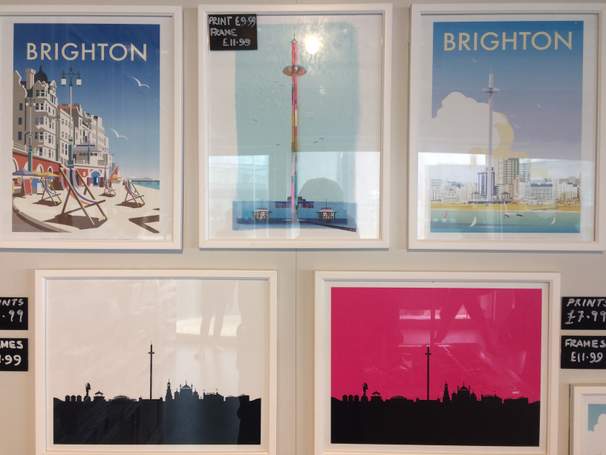 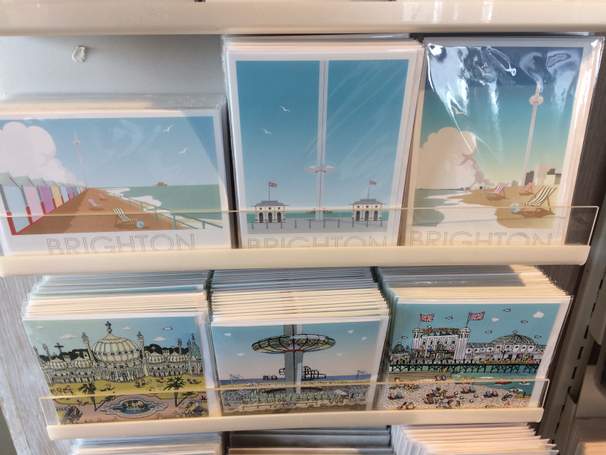 Besides the roof art, I also spotted a rather neat piece depicting some kind of far right media babe monster, plastered up in several places. Very good. 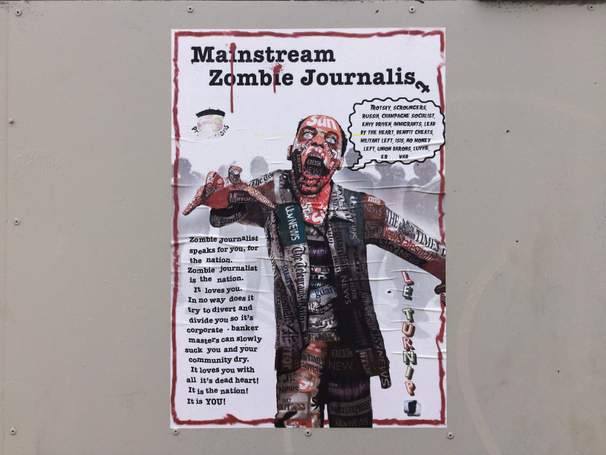 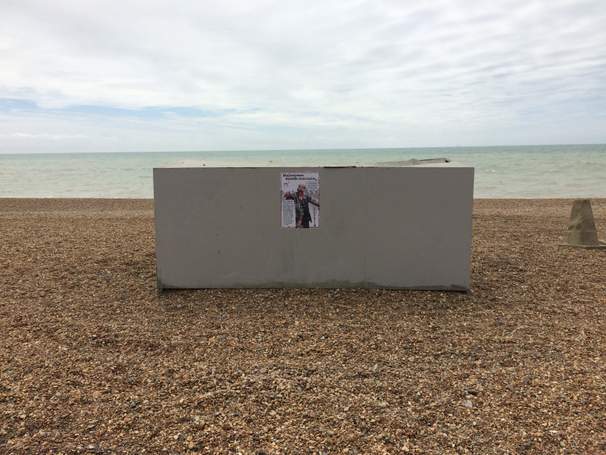 And beyond that I saw a man who had decided to use his own body as a canvas for a bit of ecological graffiti. Only in Brighton you might think, but actually these guys were doing a world tour! 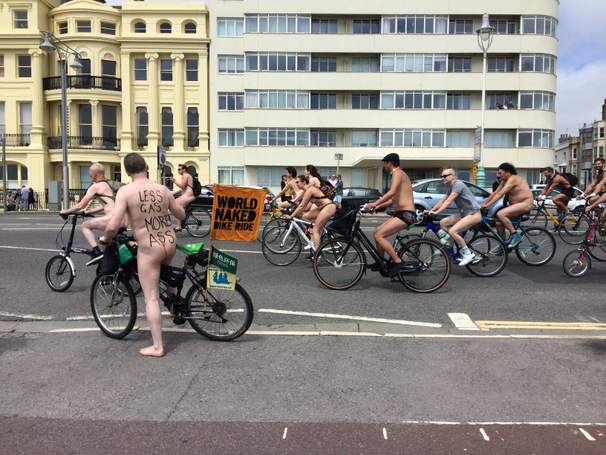