One of the worlds most prestigious and highly-regarded record labels comes to Cork this weekend, in a celebration of a genre of music that is steeped in glorious history across the landscape of the city’s rich music scene, but unfortunately has become somewhat neglected and diminished in recent years by the festival that represents it.

ECM has laid claim to the biggest names in jazz and classical music over the last 45 years, since its establishment by founder Manfred Eicher in 1969. Cork’s Triskel Christchurch has become a regular stop for many of the label’s most celebrated artists, including John Potter’s unforgettable performance of Being Dufay on the opening night of the church in 2011. Triskel’s place as the honorary home of jazz and authentic music in Cork is a perfect fit for the spirit of ECM and much of the values it holds dear. 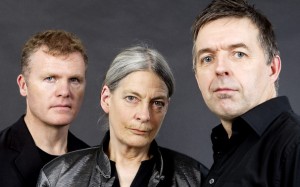 Tony Sheehan, artistic director of Triskel Christchurch, traces Triskel’s relationship with ECM artists as far back as the venue’s foundation in 1985. Since the opening of the Christchurch, much of what ECM has done in terms of releases is perfect for that venue, which validates the dedication of an entire festival in the label’s honour this coming weekend. The Triskel Arts Centre is publicly funded, and Tony admits he feels a sense of responsibility to look at the full spectrum of music across Cork and to provide a home for music which isn’t necessarily being represented. ECM fits into that in its totality.

The Triskel Arts Centre has become known for two things according to Tony; “ firstly, its the year round home for jazz music in Cork and secondly, we insist within the annual Guinness jazz festival to put on purely jazz and improvised music”. The latter assumes a position of relevance in light of recent vents of frustration towards the lack of jazz acts on the bill for the festival that took place a month ago. Irish Times journalist and On The Record music blogger, Jim Carroll, was one of the first to point this issue out, with an eloquently put article entitled Jazz Me Bollix, in which he pointed out the “blatant disregard for what jazz is about”, on behalf of the organisers of the festival. Carroll told me, “it’s using jazz in all of its rich, illustrious heritage to sell a festival which isn’t representing or bigging up jazz in any way in terms of its headliners. The most galling thing about it is that this is the year I’ve been listening to more jazz than I ever have in my life. You have the likes of Kamasi Washington who released one of the most highly regarded albums of the year and contributed hugely to Kendrick Lamar’s To Pimp a Butterfly. It just struck me that the promoters were being particularly ignorant and lazy about this years festival and its a shame because where jazz stands right now is a fascinating juncture and its manifesting itself in so many different and interesting forms.” 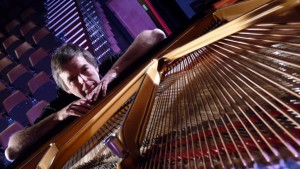 Tony Sheehan see’s this as an international trend, and claims that jazz music at jazz festival’s around the globe is diminishing. Jim Carroll supports the claim by making reference to the line-up for the Istanbul jazz festival a couple months ago which was headlined by Belle & Sebastian, who themselves would be the first to admit they’re the furthest thing from a jazz act. Mr Sheehan attributes this worrying trend to an issue with young people shooing the word ‘jazz’ as “they think its a heritage term. As a result there are a current crop of progressive jazz artists attempting to blaze their own trail and not getting the credit they deserve for it, which leads to a lot of emerging artists disguising or playing down jazz elements of their music directly because of this supposed stigma. “It’s important for people to not become too purist and to allow a new wave the space to lay their own foundations in the genre”, insist Sheehan. He’s quick to give credit to the Guinness Jazz Festival in one regard. They haven’t completely neglected the public’s appreciation of jazz music and have worked with Triskel to to make sure the authentic stuff is still happening. In a way, the billing at Triskel over the jazz weekend serves as a solid credible jazz festival within the festival, and this is something Tony sees as owed to the city by the sponsors.

There is so much on offer this weekend, not just for ECM heads and jazz fanatics. Jim Carroll is bringing his Banter session on Sunday, where he’ll be discussing the importance of communities and connections within the music industry. As well as this, two of ECM’s very own documentaries, a Charles Lloyd biopic and a musical road movie accompanied by Manfred Eicher, will be shown. Iain Ballamy is one of the illustrious and versatile ECM musicians who will be performing twice over the weekend, alongside Thomas Stronen for his FOOD project on Saturday evening, and with June Tabor and Huw Warren on Sunday for the much anticipated Quercus Project, a performance of which was cancelled last year due to vocalist June Tabor’s illness. I spoke to Mr Ballamy, who is just celebrating the release of a new album entitled, This is not a miracle, which he will be playing live for the first time this Saturday evening in Cork. “I’m so glad we’re coming back, because we were absolutely gutted last year when we had to cancel due to June’s unfortunate illness. We have new material and we’re going to go and record a new album soon. We’ve decided to treat the Cork fans to some of that never before heard material on Sunday, long before anybody else will hear it. I’ve performed at the Triskel before myself and it always stands out in my memory as one of the most beautiful settings I’ve played in. The acoustics are fantastic as well so it’s the perfect environment to test out some new material.”

Jim Carroll is well aware of the poignancy of this particular label’s visit to Triskel Christchurch this weekend, in terms of the people of Cork’s appreciation of the art form. The turnout this weekend has the potential to show testament to a representation of a decline in the standards of what the public have come to accept. “The most interesting thing for me is to see how Cork reacts to this particular festival. It’s such a strong line-up and ECM as a label is such a symbol of quality and prestige. The question is will people come out and support the festival and will the word of mouth be strong afterwards? There seems to be so much happening for people to engage with and its vital that people do give the time and attention to explore and appreciate the festival. After all what better setting for it all to take place in than the stunning Triskel Christchurch.”

The festival takes place this weekend from the 27th to the 29th November.

Tickets can be purchased here: http://triskelartscentre.ie/ecm/tickets.htm