The only Dream Syndicate material I have heard is the excellent new album, yet I knew tonight would be great. The new album told me that this was a very polished and experienced band that would jam and enjoy the songs. And I wasn’t wrong. From the opening, where a lengthy solo ripped out within moments of the first song starting, there wasn’t a dull moment in the hour and three-quarters set the band played. 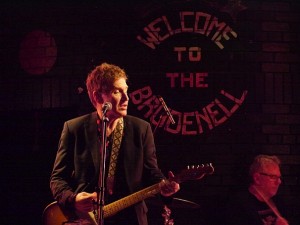 Steve Wynn is a hugely experienced front-man and seems relaxed as he makes laconic comments. He tells us some bands tour with one original member but “we are the Dream Syndicate and we’ll prove it to you”. Active through the eighties, the Dream Syndicate were part of the “Paisley Underground”, which is a way of saying they were psych-tinged and played a range of styles. They have a definite eighties sound to them but it is allied to a classic underground sound, something like you’d expect from, maybe, Television. They love their guitars and throw in a solo or duet as early as possible in each song, stretching out the pleasure. 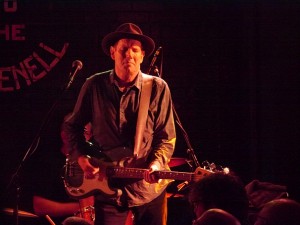 The sound tonight is excellent and all the parts are clear and separate, with Mark Walton’s bass rich, rounded and tuneful. The two guitars complement each other – Steve Wynn favouring a rock and roll style, whilst Jason Victor’s guitar is keening, semi-atonal and channelling controlled feedback. I love to hear a really good band play and I don’t care if I know the songs. The new songs blend well with the old and the title track, ‘How Did I Find Myself Here’, becomes a jamming noodle-fest in the best possible way. Wynn deliberately mishears a shouted comment and confirms that, yes, they are here to melt our faces. 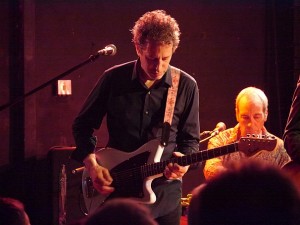 Such is Wynn’s confidence that the last song before the encores, ‘The Days Of Wine And Roses’, is broken down bit by bit to a drum and vocal rap then a silence. A really long silence. A silence long enough for the silent crowd to marvel at the chutzpah before the vocals kick back in, followed by the band. Equal showmanship comes through in the second encore, John Coltrane Stereo Blues, where multiple layers of guitar solos take the song out to ten minutes. 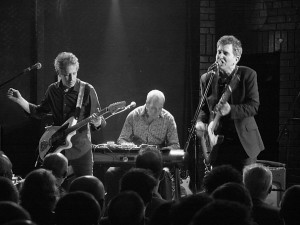