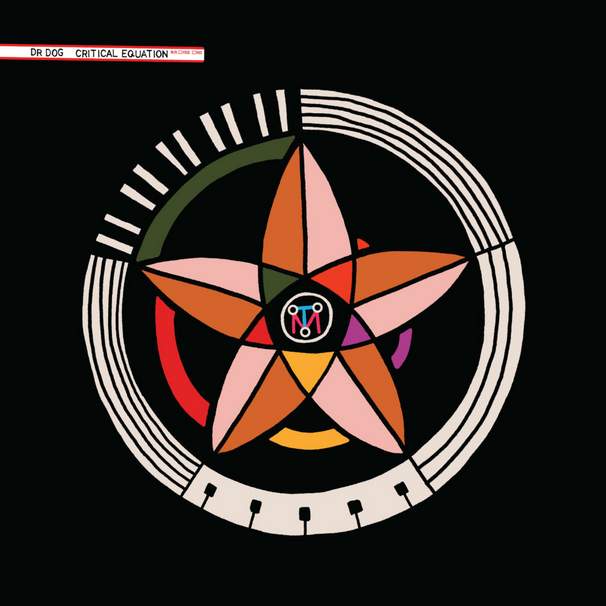 Dr. Dog has a new album dropping on April 27, 2018. The title is Critical Equation. This band from Philadelphia, Pennsylvania is going to make one re-think alternative and blues in a very cool way. The band has been around for over a decade and this is one album that shows how much they have grown musically. Ten songs that make for one wonderful and delightful album. This is pleasant listening to the ears.

Critical Equation begins with the song Listening In which has a beat that is very becoming of the band. With that being stated, the eeriness of the guitar with a basic drum beat throughout is what makes this a standout. Second up is Go Out Fighting – Dr. Dog, an upbeat song with great lyrics. It will remind one never to give up. This is a good message in this present time. It has the most danceable beat with such a positive message, this is simply a good song. Track number three is Buzzing in the Light which is hauntingly beautiful. It is a bit slower than other songs. It is a catchy tune which will be on many playlists. The slowness of the music matches the vocals which are almost laid back style. It is musically and vocally beautiful. Virginia Please is track four and will make anyone a fan of Dr. Dog. Another upbeat with good vocals. The chorus is catchy and will have everyone singing along. If looking for a good time song that is a hit at parties this summer, look no farther. The fifth song is Critical Equation, which is as well as the title of album, slower and dreamlike, it is reminiscent of certain Flaming Lips music. It is original. It is a good song and will make one feel. Only half way through the album and it is very impressive.

True Love is track number six, and love the beginning of this song. It is a bit more of an upbeat different drumming used. It will make one want to dance. This is a good summer song. The vocals are good. The song is overall positive. A different kind of love song. Heart Killer is up next and it is different, but different in a good way. Its beginning sounds like something out of Dr. Who, this is a good thing. It has a very science fiction feel in the music and it all works. This song is about heartbreak and it is delightful. Track eight is Night with a great guitar beginning and lovely lyrics. The vocals are good, a simple song that is in its own way romantic. A good mellow song.

Up next is Under the Wheels, an eerie beginning again in this song, kind of reminds me of monks chanting. Then it goes into more of a Beatles feel of song. The band is good at using inspiration from who they like to achieve something completely original and theirs. The song will be great to add to any driving playlist, it is a song that will be good traveling music. It is upbeat and it is different than the others on this album. The final song that completes Critical Equation is Coming Out of the Darkness. It begins with a nice beat and continues to becoming more dreamlike. This song is well played and vocals again are very good. Another song with a catchy chorus that everyone will sure to sing along with.

Dr. Dog has shown how to have a different song with each track. Critical Equation is one that anyone will embrace, its music is powerful with a few certain song standing out with great messages. A new way to look at alternative and blues influence. It makes one smile one minute and then it makes one cry. This has feeling. This is well composed and produced. This will be added to many playlist and played quite a bit.