Paradise Lost – Symphony for the lost 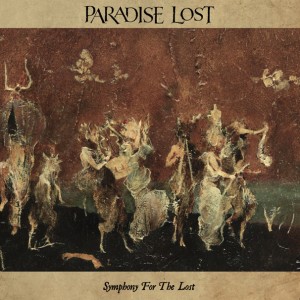 In my dim and distant past (i.e. pre kids) I used to frequent the Whitby Goth Weekend and my fondest memory was when Paradise Lost played. The choice of headliners was contentious to some who thought they were too ‘Metal” and the message boards where buzzing almost up until the band took the stage.

As I waited for the band to appear, I felt that I needed to increase my voice to whatever mooted encouragement the band would receive from a perceived partisan crowd. I shouldn’t have worried, PL are just too good to let any crowd go. Their performance was total but two things stood out for me, they excel in the live arena and the opening piano keys on ‘As I Die’ proved that they could meld classical and metal into the same monstrous sound.

So, when ‘Symphony for the Lose’ hit my inbox, I knew this was going to be good but even my biased taste wasn’t prepared for what was on offer. This box set contains two disk, disk one without orchestral and disk two with the Plovdiv Philharmonic with both recorded in a Roman amphitheatre in Bulgaria. 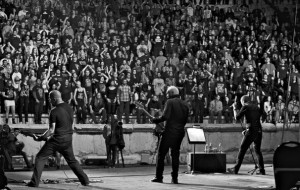 The set list pull from the bands extensive back catalogue and each song merits its inclusion. The only missing pieces are from Draconian Time but this iconic album has been covered extensively in its original, re-mastered and live formats. If I was pushed to choose I would say disk one is my preferred choice but with the band at the top of their game, the margins are very small indeed.

The bands last release ‘The Plague Within’ moved the band’s sound to a much darker place than before and took me a while to appreciate it but this album shows how PL have expanded their repertoire rather than repositioned it. Nick Holmes’s voice is still iconic when enveloped by the bands trademark sound. I could real off stand out tracks but this release is total in its offering and a perfect example of when ‘the whole is much much greater than the sum of its parts’ especially when you consider its parts contain track like ‘The last time’, ‘One Second’ and ‘As I die’.

My only regret is that the recording was in Bulgaria and not here in the UK, highlighting the bands greater exposure on the continent rather than home shores but I get the impression that this has given the band the freedom to follow their own musical destiny.

I could wax lyrical about this album and the band almost indefinitely but it would be a waste of breath as this release is just another example of their brilliance and ability to continue to adapt and refine their sound.

I’ve been having some real hankerings for vinyl recently and I’m convinced the only way to better Symphony for the Lost is to listen to it on the Orange Vinyl release (If you grab it quick) but don’t despair, it comes on DVD and CD for you digital heathens.

Symphony for the Lost should be find its way into all Rockers Christmas Stockings this year as the perfect example of what loud dark atmospheric metal can achieve. 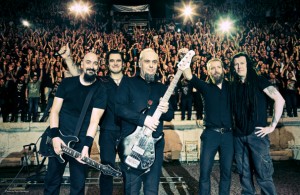