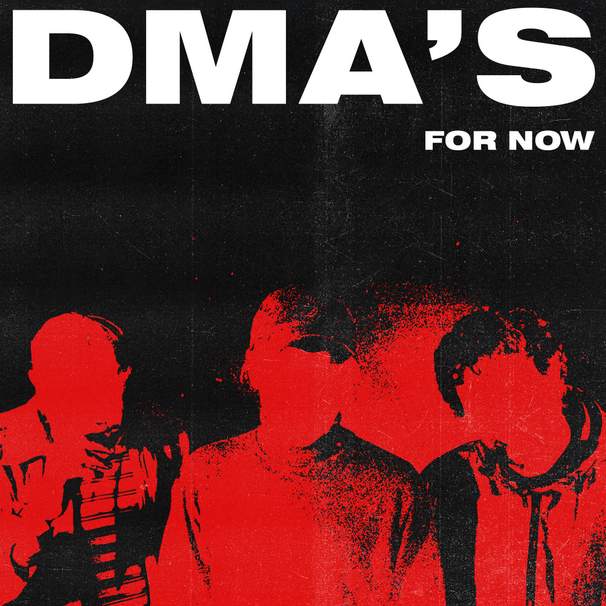 DMA’S second studio album For Now gets your attention immediately by pulling you into the echoing grunge like sound of the first track of the album, a song with the same title. What strikes you here will be a dirty Beady Eye sort of sound – full, round and a bit dark. Yet the melody is easy to get pulled into. By releasing For Now as the lead single – ahead of the rest of the album – DMA’s are setting the tone of what is about to come.

Going into the second track of the record, you can basically scrap what was just said. Singer Tommy O’Dell’s young, clean and melodic voice lifts Dawning up to a high-pitched dream that will last you just over 3 minutes. The nostalgic sound with The Verve vibes continues all the way into the next song: Time Money.

In The Air flows gently, covered with a veil of sadness. There is something about O’Dell’s voice and the lyrics along with the dragged out electric guitar that brings you back to your teen years. Oh, and also to watching the O.C. and listening to Death Cab For Cutie. Which is basically the same thing.

The End carries on the vibe from the song before. A tad more heart-stricken and a bit more up beat with added drums, but just as good for times of pondering. Warsaw on the other hand takes you from Death Cab to Band of Horses, and gives you some hope back. Song after song, DMA’s keeps accomplishing that nostalgic feel that you can only get from well-put together instrumentals, vocals and lyrics.

Break me’s dragged out vocal notes could have been an extension, a part 2, to The End. You can almost smell the break up. There is a real sense of emotion coming through. Lazy Love once again hits you with a Band of Horses sound, although the Sydney band still manages to keep their own vibe. A part of the similarity is also the voices of Ben Bridwell and Tommy O’Dell.

Tape Deck’s starts off by stripping down to electric guitar picking and vocals. The rest of the song then follows on with minors, harmonies and soft rhythmic instrumentals. Health, the second last song of the record, and it’s a very soft and exposing piece we are presented with. It’s genuine, it’s pure and it’s a pleasure listening to.

And so we’ve reached the last track – Emily Whyte – and have we finally found the root to all this heartache? Just like Health, O’Dell’s voice melts perfectly into the guitars, drums and the instrumental overall. When listening, you get a sense of DMA’s being a bigger, fuller and a more experienced band than what they actually are.

If pretending to be in a music video in your parents’ car was an album, it would be For Now. If you had to pick one song only, it would be Do I Need You Now. And that says a lot about a song.

Overall it’s easy to see why Liam Gallagher is a fan of the up and coming Sydney band, as their sound reminds a lot of both Oasis and Beady Eye’s.

Although there is a constant mellow sentiment hovering over all the tracks on For Now, they are simply pure beauty at the same time. And maybe that’s exactly why. There is something indescribably satisfying about listening to music that makes you feel 100 % happy and 100 % nostalgically blue at the same time. Wait. Is that even possible? In this case, it actually is.