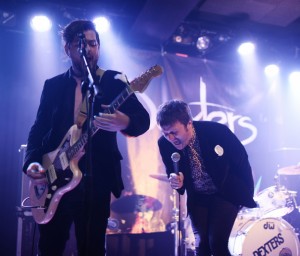 If you’re looking for exciting indie rock then you need to look no further than Dexters.

Dexters were back home in London to conclude their UK tour at The Lexington venue in Angel. The East-enders released their second album ‘We Paid for Blood’ in September, building on their solid indie-rock first album ‘Shimmer Gold’, and the intimate sold out gig was the perfect platform for the band to show off their new material to a fervent crowd.

The albums themselves warrant high praise but you have to witness their live show to see how good this band can really be. Tom Rowletts’s front man performance was as encaptivating as it was energetic and was matched by the enthusiasm of unrestrained fans. 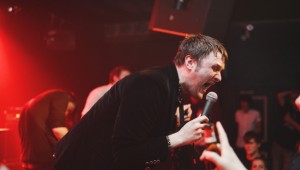 It didn’t take long for the band to whip the crowd into a frenzy but it wasn’t the only whipping we would see on the night. A latex cladded dominatrix came onto the stage to smack the members of the band as they rocked out their excellent seedy track and new single ‘Suburban Sex Dungeon’ which has been getting well deserved air time on BBC 6 music and Radio X. The high energy track is reminiscent of Alex Turner’s ‘If You Were There, Beware’ and reminds us that all is not as you might expect behind the rose bushes of quiet suburban front gardens.

Most of their tracks feature catchy indie riffs punctuated with punchy solos from guitarists Chris Heggie and Ben Debo, best exemplified in ‘Cloudfest’. These make the platform for anthemic choruses with relatable lyrics but the band also exhibit a gentler side with the sensitive poetic tribute to the front man’s father in the second album title track ‘We Paid for Blood’. 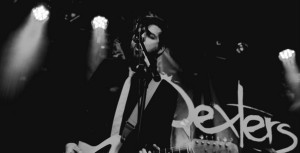 Chris Mardon and Jamie Harris on the drums and bass respectively complete the line up which concluded the night with the irresistible ‘Stay Strange’ after channelling Jamie T in their first album favourite ‘Oceans’. The band stayed to enjoy the end of their tour with their fans with a DJ set for the popular indie club night ‘White Heat’ which was held after the show.