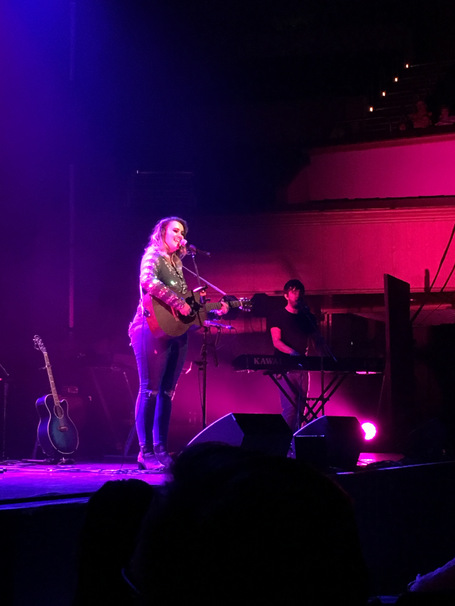 Chelsea Alice Scott was first support for Rebecca Ferguson at Glasgow’s Royal Concert Hall. She asked us if we were excited because she certainly was. Her first song was ‘Mountains’. She was smart but causally dressed with light faded ripped jeans and a stunning grey sparkly tight top with grey boots to match. Next song ‘One On One’ was from her album, which will be out in the first week of November. She tells the audience that it’s not a perfect world and that we need to stick and stand together. “A lot of you probably don’t know who I am” she said, she told us her name and said we were going to have a lot of fun being warmed up for Rebecca Ferguson. She did a cover of The Lumineers song ‘Hey Ho’ asking the crowd to sing along at the chorus. Next song, ‘It’s Never Too Late’, was very solemn. Taking her acoustic guitar off she says “Awesome, I wanted to put my guitar down and tell you who I am. I was diagnosed with severe depression. It took a lot to get the fight back. There is always hope.” Well I felt so emotional, I had a big lump in my throat. She wrote her next song ‘Sanctuary’ from her bedroom. Luckily she had her faith to run to. Her next song was ‘Saviour’, she thanked us all for letting her play it. She thanked everyone again before singing her last song and telling us about her social media sites. “Have an amazing evening with Rebecca Ferguson” she said. 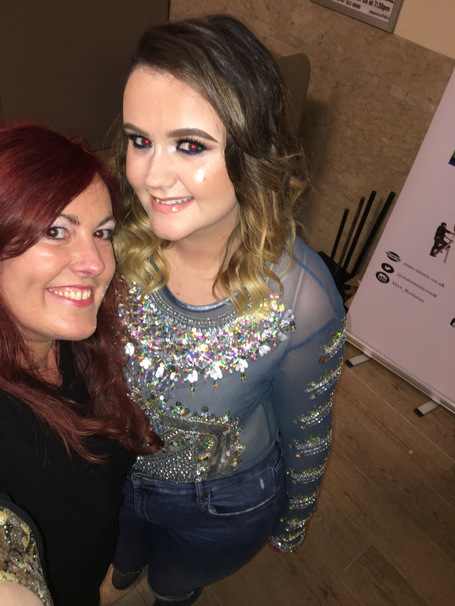