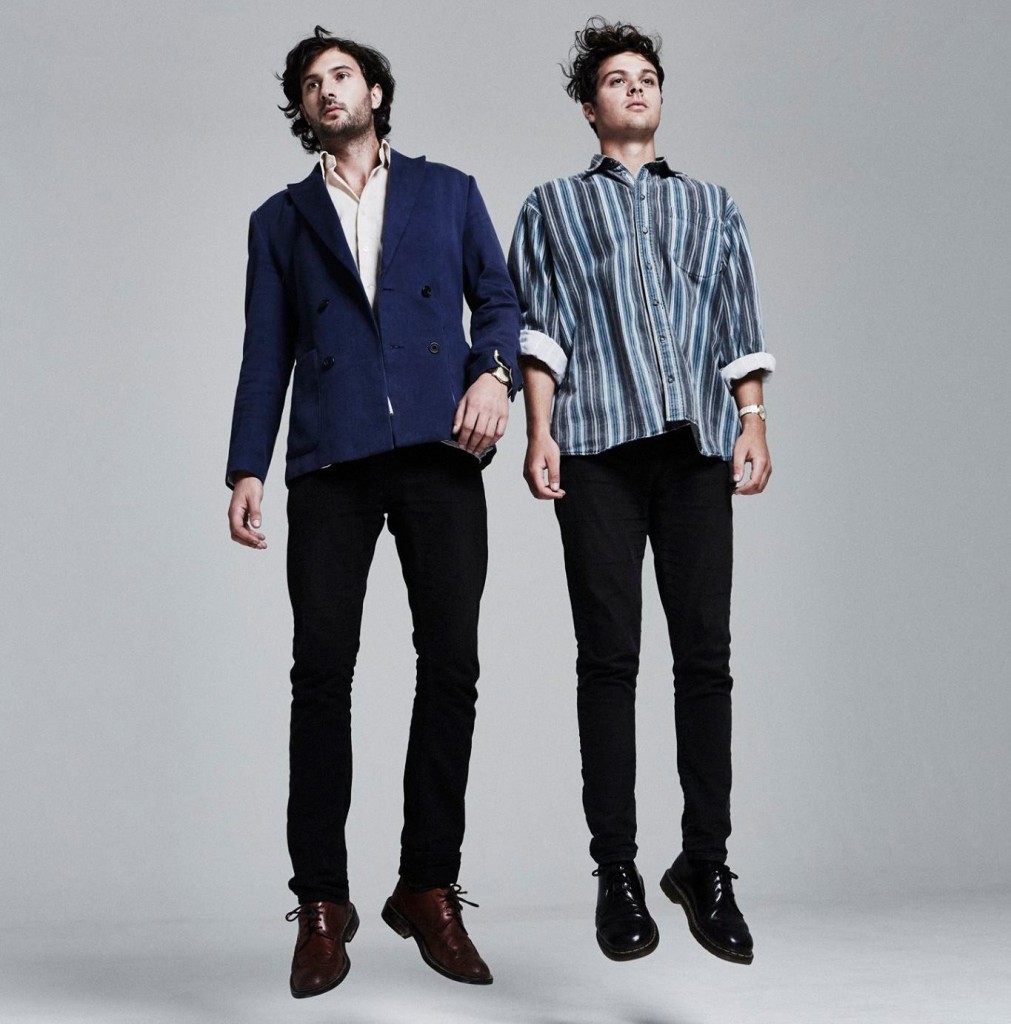 Champs – a charming pair of brothers from Isle of Wight with a disarmingly magnetic presence – entered on stage of the Borderline, Soho, with support from additional musicians – a bassist and a drummer who added stunning vocal body to the pair’s falsetto harmonies.

A nerve and stone-faced focus imbued opening track ‘White Satellite’ with a palpable intensity, until the lead duo settled in to their set and broke out into some nervous smiles.  mentioned they released their first album ‘Down Like Gold‘ last year and drily added ‘would you believe it…’ accompanied by an intimate exchange of glances between one another.

Onlookers were drawn to the openness and charm of Michael and David Champion and their relaxed attitude on stage, which they slowly made their home. We were welcomed into their sound through the genuine affability  of these boys, who exuded an unassuming charisma, and were as much a pleasure to watch in their interactions as their sounds were to listen to.

A surprising and ornate set with generously layered vocal harmonies, bare boned falsetto and cross-genre musical influences. Champ’s sound has a musical complexity and poetic weight that transcends the usual indie-pop creations, and exceeded expectations. Their expertise as artists and musicians was evident on stage, and paid off with a set of enchanting and easy to listen to, gently emotive and atmospheric musical creations. Indie folk-pop with a sprinkling of synth, indie rock melodics infused with a dreamy spiritual emotivity, highlights in a brilliant set included the heart rending ‘St Peters‘ and new single ‘Vamala.’

The Borderline was packed out with a mixed audience that included among them (as well as the brother’s own parents!) fans old and young, punks, teenaged indie poppers, and the odd older lady who, I can assume, were clearly drawn to the duo for more than their music…An unusual draw for an unusual, imaginative, professional and talented creative set up who are well worth a see.

Oh, and those gorgeous smiles didn’t hurt either…

New single and album title track ‘Vamala’ is out May 4th through Play It Again Sam.