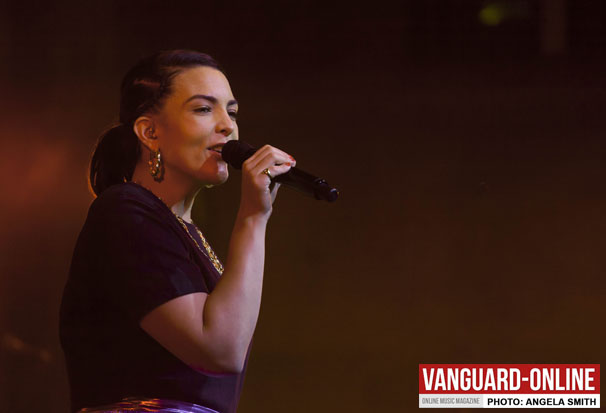 Almost half way through her twenty-two date UK tour, Caro Emerald once again performs to a sold-out Cambridge Corn Exchange.

The Dutch, multi-platinum selling vocalist brings her Emerald Island tour to Cambridge on this unusually warm October evening. Sporting a black top and flamenco style skirt, her style and aura scream that of a vintage Hollywood star. The digital back drop of pop-art beach scenes, palm trees and big bulb lights set the seven-piece band in a scene of a downtown club in Latin America.

If the setting doesn’t take you to a place far away, Emerald certainly will. 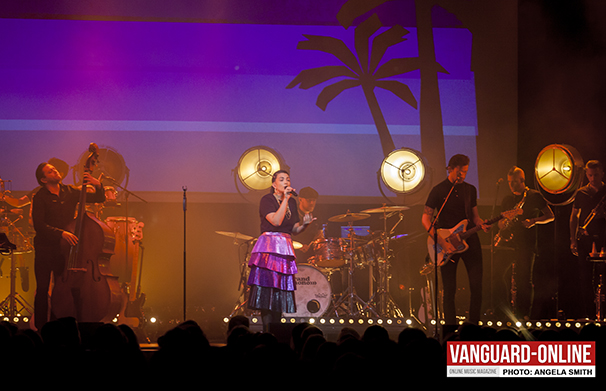 Songs from album “Deleted Scenes From The Cutting Room Floor” “You Dont Love Me”, “Riviera Life” and the Jazz -fuelled “Back It Up” were played amongst tracks such as “One Day” and my personal favourite “Liquid Lunch” from second album “The Shocking Miss Emerald”.

Early last year, Emerald released her new six track mini album “Emerald Island”. Mid-set the audience are treated to tracks from the album including  50/60’s exotica inspired “The Ghost of You” and “Tahitian Skies”. The album was produced by David Schreurs and Jan van Wieringen,The songs were co-written with Vincent Degiorgio and Guy Chambers. 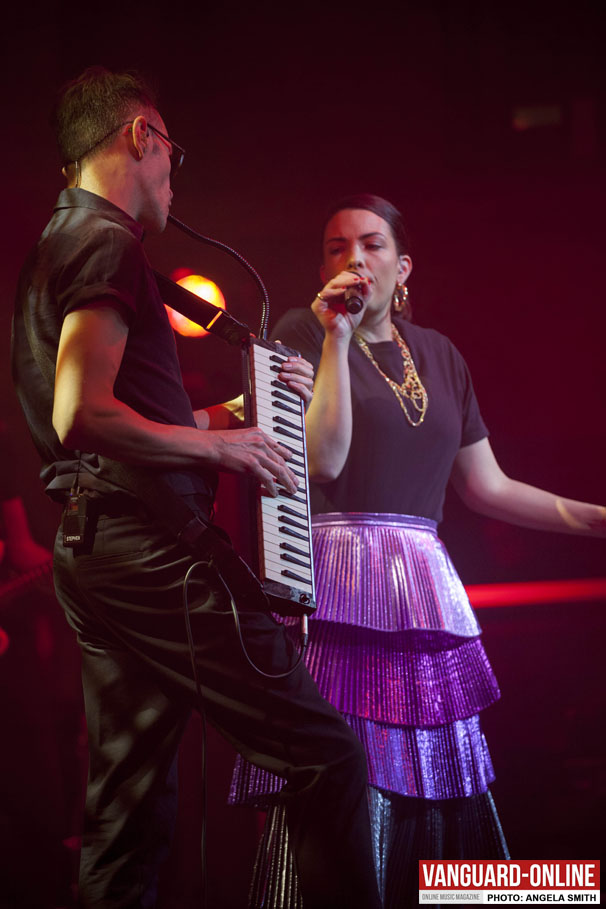 Emerald’s ensemble of musicians, each get their moment in the spotlight. Melodica players hit centre stage and guitars are swapped for traditional Cuban guitars, giving Emerald the chance to slip off stage for a quick outfit change during  instrumental breaks.

Emerald’s effortless voice and warm tone mixed with her old soul are perfect for the old school jazz and swing tracks with a pop twist. Although she doesn’t move much from centre stage, she’s able to fill the seated area with a presence of electric energy summoned from a long lost era. 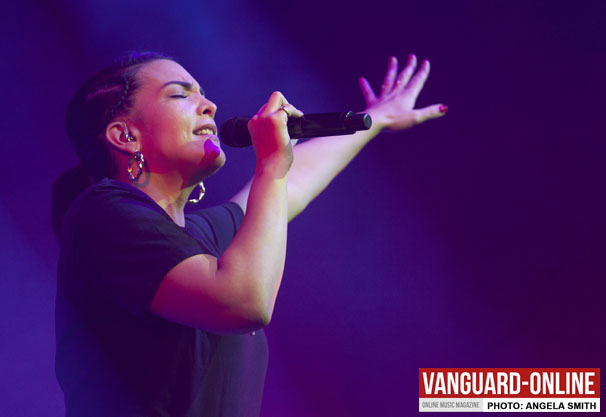