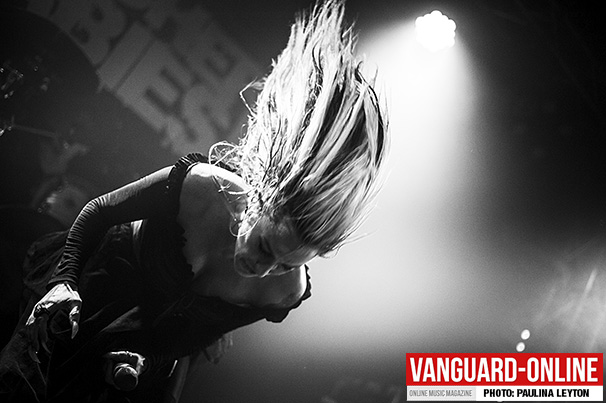 It´s Sunday evening, while everyone is with the Sunday blues, we are ready to rock at the Dome! Butcher Babies are touring Europe with their third studio album“Lilith”. After all the good critics read about this new record, we couldn´t wait to listen and experience it live.

The L.A Metalcore band, have always stood out from the crowd, with their highs and lows, mostly criticised for being an oversexualised female band, we have always thought there is talent yet to be recognised. The band is working hard to be acknowledged in that sense and get the respect they deserve by trying to be themselves, and fighting to what they believe, which is playing Pure Fucking Metal! With their new drummer Chase Brickenden, is all bound to be a great show. 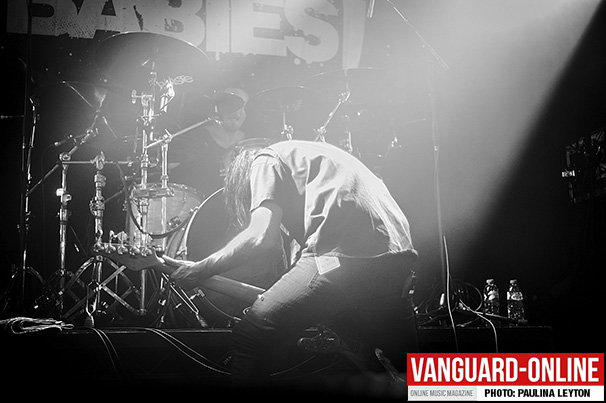 The band open the show with the song that titles their last record Lilith, a combination of screams, growls and signing, creating a heavy atmosphere at the Dome. The audience is well excited, we can see many people jumping and singing along. Saying that, the crowd is well-mixed, all metal heads (of course) but we can also glance goths, and heavy metal followers. The first row is full of male followers! What a surprise! Lie down with dogs, get up with flies they say…Let’s not get in to that! Shall we say we are all excited to see Heidi Shepherd and Carla Harvey. 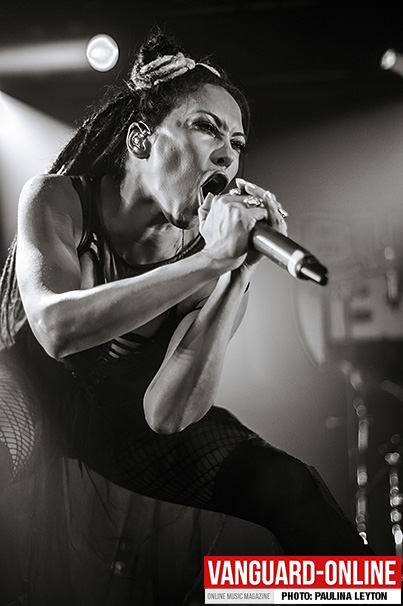 Shouting “Are you ready to rock London???” they started with the first track of the new record “Burn the straw man”, we can feel the heavy guitars and the atmosphere is getting hotter and hotter!

Sound is great, although the leaders of the band are clearly established in this band, guitarist and bass player have also their solo moments and can show off their talent.

The band are clearly focusing their show on this new record, but there is also time to hear some killer tracks from “Take it like a man” such as Monster ball and Throw away.

Heidi and Carla are pure sensuality on stage, between them we could see pure chemistry, they are good vibes with the crowd, approaching them, sharing the mic, even Heidi dares to go in the middle of the venue and asking people the mosh!

At this moment they are blowing our minds! 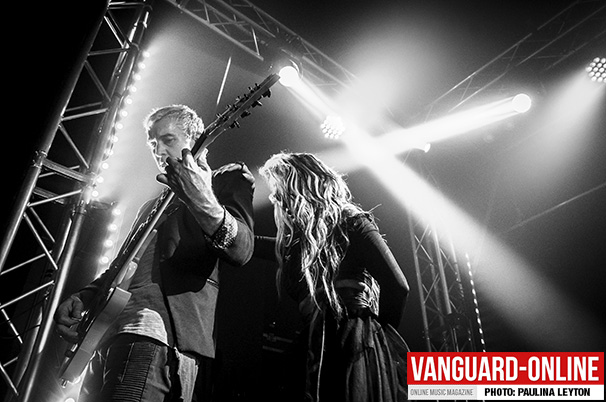 There is also some time to play a cover and they chose to play ZZ Top “Beer drinkers, Hell risers”, we all make a toast, and everything turns to a dance floor, where everyone moshes.

The show is coming to an end, after a short pause is to enjoy the encore, which they decided to play their hottest hits such as “Axe Wound” and “Magnolia Blvd”.

In nutshell, Butcher Babies are a band that highly improving in all aspects, studio and live.

They have proved us tonight that they are not only a pretty face, they can make you groove and show you all the talent they have. I bet tonight they earned some new followers.