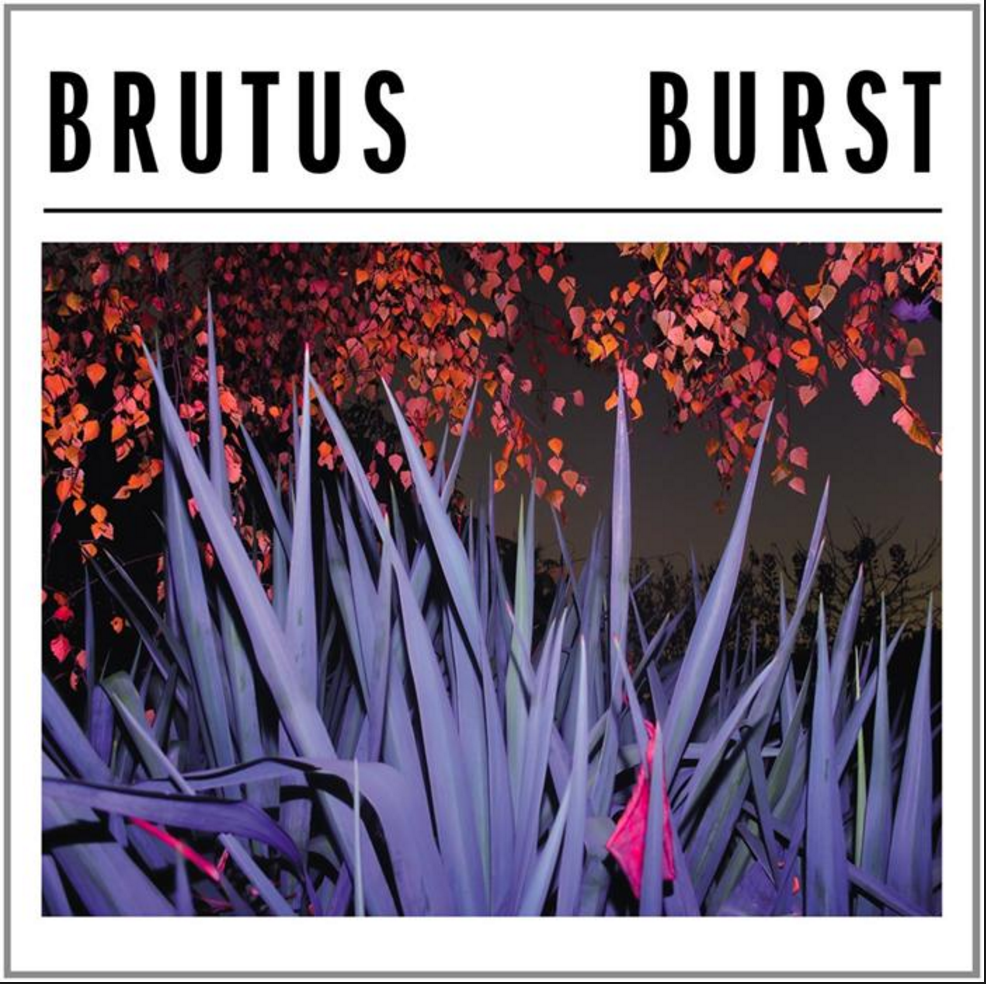 Why would you opt to simply break the rules when you can demolish them entirely?

That is the motto that appears to drive Belgium’s finest up-and-coming post-rock band, BRUTUS, whose debut album ‘Burst’ was released on February 24th via Hassle Records (home of some prestigious bands such as Frank Iero and the Patience and post-hardcore rockers Thursday). The three-piece, made up of drummer and vocalist Stefanie Mannaerts, guitarist Stijn Vanhoegaerden and bassist Peter Mulders, together have created a sound quite unlike anything else that can be heard on the punk and hardcore scene. It’s a sound that is as imposing and monolithic as it is intricate and carefully constructed, blending a solid foundation of punk and hardcore with undertones of black metal and prog rock. This sound forms the canvas on which Stefanie coats her impassioned, fiery vocals that soar over the relentless heavy basslines that run as a constant, dark torrent throughout this thrilling debut LP.

Mirroring the shadowy, surrealist atmosphere created by the imagery in the music video for lead single ‘All Along’, the seemingly incongruous cocktail of influences that each member of the band brings into the recording studio fuses together to create a set of dark, mysterious and relentless tracks.

The tracks creates simultaneous images of packed out rooms all jumping in unison to the universal and yet deeply personal, fervent lyrics of songs like ‘Drive’, and of wild horses galloping to the beat of the unyielding drums and the undulating, ‘hip-hop inspired’ basslines. Meanwhile the volcanic vocals burst forth ahead of the wild horses, fiery and unbound. There is a sense of majesty and grandeur about this record which you would not expect from the debut album of a relatively unknown band: Brutus’ passion and untameable energy is infectious, and yet the dark surrealism of the record’s atmosphere creates a cathedral-like sense of prestige and authority, a vision destined for greatness.

In many ways, ‘Burst’ is a record of polarising character: dark yet alluring, fiery and yet intricate, untamed and yet carefully crafted. Far from showing a vision borne of conflict, ‘Burst’ establishes this rising three piece as a united force, with a creative vision. The album is sure to light the fire in the minds of many hardcore music fans looking to utterly destroy the rulebook. Brutus destroy the rulebook in style, and do it with a pretty awesome soundtrack!

‘Burst’ is out now on Hassle Records. BRUTUS will be touring Europe and the UK in March, the first UK date being at The Green Door Store in Brighton on M

2 thoughts on “Brutus demolish the rules of hardcore and punk, with their new album Burst”