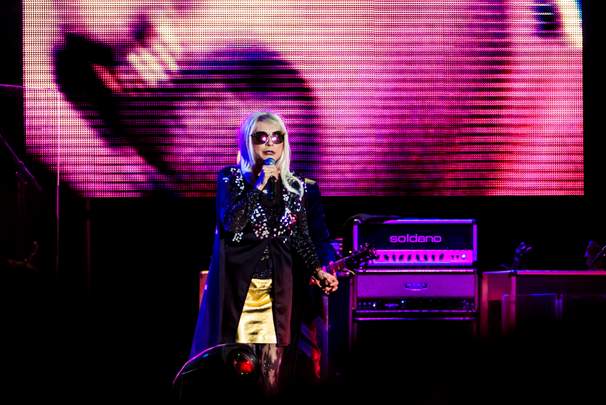 ‘One way or another’ was how proceedings commenced to a packed out crowd at The Cardiff Motorpoint Arena. The audience consisted of a vast array of generations from Blondie’s pioneering punk days right up to today’s millennials. The latter almost seem scared of missing out on ever getting to see any original classic artists play live as they seem to have been dropping like flies over the past few years. We were all greeted with “a bang up to date” triple giant video wall and light show visual extravaganza which was accompanying a selection of some of the greatest new wave pop punk tunes ever written.

Debbie Harry (72) effortlessly shows that she is indeed still the high priestess of bubblegum punk, although these days she is very much an Eco Warrior and makes no secret of her desire to do her bit to save the planet and the dwindling bee population.  She opens the show donning her slightly Lady GaGa-esque Queen Bee head gear and her super hero cape emblazoned with the words “STOP FUCKING OUR PLANET” across it.

Her voice is almost perfect as she skips through the incredible back catalogue of hits from ‘Atomic’; ‘Call Me’ through to ‘Hanging on the Telephone’ and ‘Rapture’, and the list goes on and on. Some new tunes from the bands latest Eco themed album Pollinator were also played.

Miss Harry’s partners in crime are equally enthralling to watch and listen to with original guitarist, Chris Stein, looking more like an Andy Warhol lookalike who seems to hover around the stage un-phased, in addition to the thunderous drums of the Spiky haired Clem Burke add to the polished sound.

The band fly through their 90 minute set without appearing to show any fatigue and even included a killer cover version of the Beastie Boys hit ‘Fight for the Right to Party’ to which the crowd did not disappoint and showed Blondie that they can party as hard as anyone.

Blondie played the Motorpoint Arena, Cardiff on the 10th November 2017. 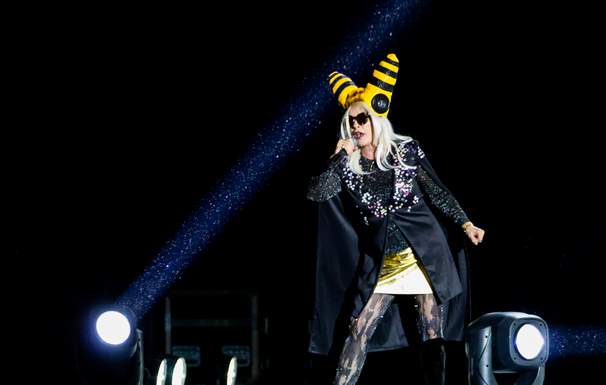 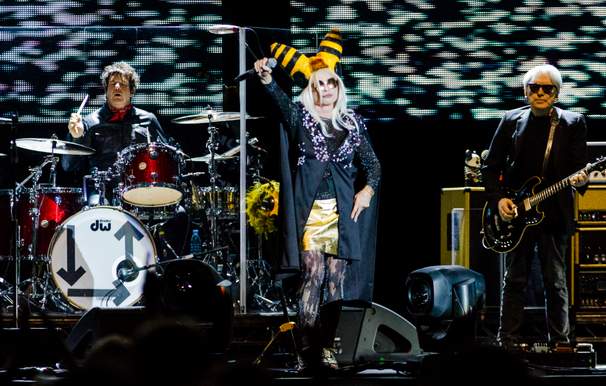 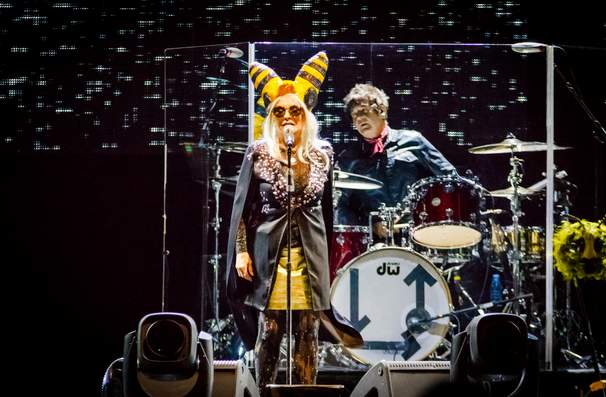