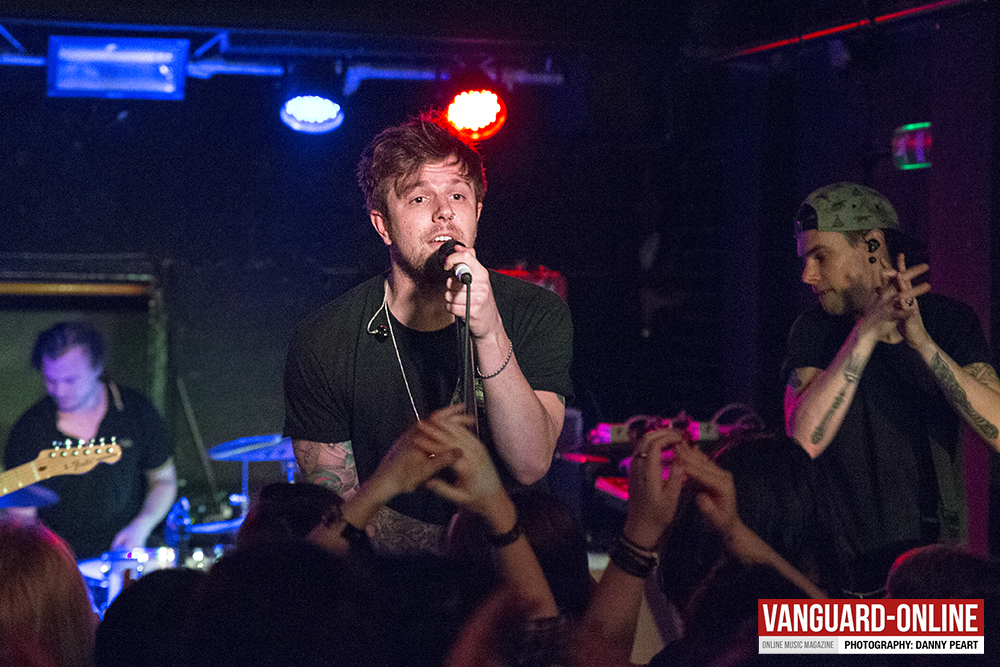 “Who here has seen us before?” Asks front man Joe James of Blitz Kids (7) to a raucous response from the sold out Key Club in Leeds. One member of the audience letting them know this was her 10th gig, impressive and also shows the longevity and appeal of Blitz Kids.

You could have been fooled that this was a Blitz Kids headline show considering the amount of fans amongst the crowd who were there solely for the Kids. New track ‘Keep Swinging’ had the crowd moving, the opening line is very reminiscent of Kelly Clarkson’s ‘My Life Would Suck Without You’ and this along with the tracks energetic nature has a memorable and familiar feel for all the right reasons.

I can’t help but get the feeling that these guys are a little larger than life, they stroll through their set with polished and warranted confidence. With vocal support from Jon Yates (Guitar) and Nic Montgomery (Bass) they have a massive sound for a venue that would be better suited as an underground fight club.

On a stage that a solo artist would struggle for space on the guys blast through Blitz Kids classics and have factions of the crowd spoil Blitz Kids with an indulging sing along during ‘Disaster Chapters’ and ‘Sold My Soul’. Smiles all round as the guys boisterously hammer through their set and finish with ‘Perfect’ from the album ‘The Good Youth’ that a hefty portion of the evenings songs are from. A fantastic farewell song leaving a sweet taste in the mouths of everyone, whether they went for Blitz Kids or tonight’s headliners Young Guns. 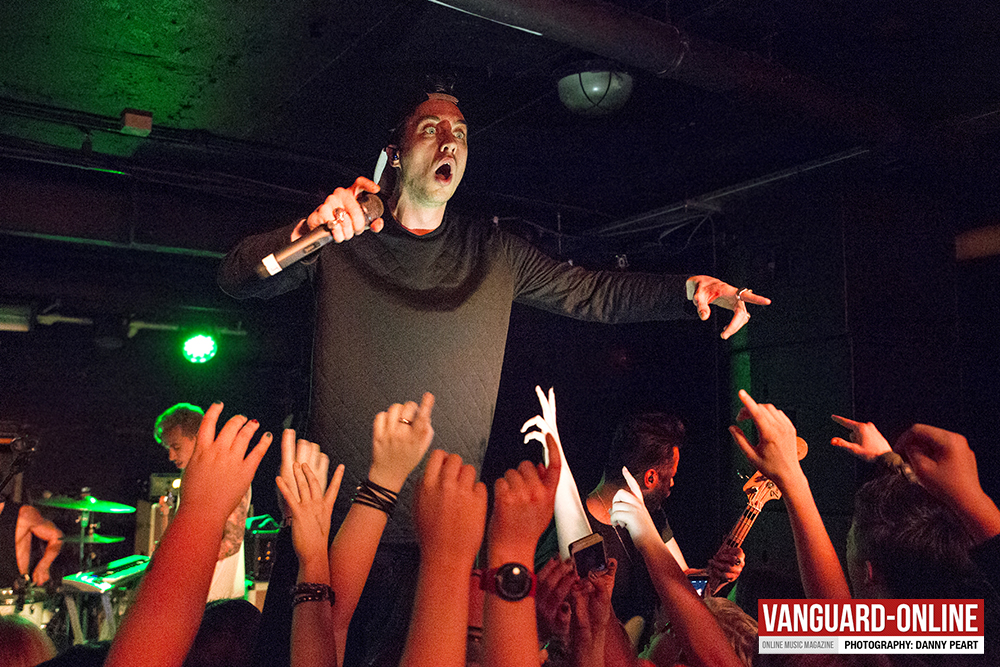 A sold out show for the Young Guns (8) , debuting the epic song ‘Daylight’ taken from brand new album ‘Ones and Zeros’. Along with new tracks ‘Speaking in Tongues’, ‘I Want Out’ and ‘Rising Up’ the new album is shaping up to break the mold of the ever-elusive and difficult second album. Excitement buzzed after each new song was played. We as the crowd knew we were getting a taste of something that may not hit these intimate venues again. Young Guns are on a rocket ship to the stars with this music.

The set was a mixed bag of old and new, the lively crowd being immensely privileged to hear a live version of ‘After the War.’
Young Guns were at their absolute best in my eyes here, the crowd knew every word and gave everything this band deserved to make it an intimate, sweaty and memorable show.
You can download Young Guns new album ‘Ones and Zeros’ on June 8th.