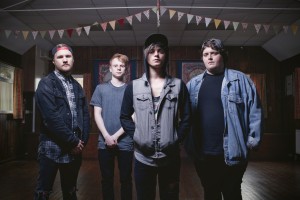 With a list of influences spanning the headiest heights of punk and rock royalty, from legends such as Green Day, the Foo Fighters and The Clash, through to modern day masters such as All Time Low and Moose Blood, upcoming Brighton-based quartet Reckless Intentions appear to be in stellar company, standing on the shoulders of giants in order to gaze out onto a new, exciting era for UK pop punk. While still giving a nod to their contemporaries, Reckless Intentions, who formed only last year, have managed to craft a sound that is all their own- an infectiously playful, energetic blend of powerful hooks, fizzing melodies and idiosyncratic vocals that gives the young four-piece a spark of individuality that allows them to poke their heads out above the crowd and make their voices heard among the tumult of music currently pouring out of the UK pop punk scene.

After spending their first year honing their live set and blending themselves into one cohesive unit, the band went into the studio to record their debut record with Alex Gordon at the highly acclaimed Brighton Electric Studios. The resulting EP, ‘Lights’, is due for release this Friday, July 14th, and it is an enticing sample of what this exciting young band have to offer. The release has been preceded by two singles, and the video for the latter, titled ‘Ghost Town’, has just dropped in anticipation of the upcoming release. ‘Ghost Town’ is infectiously bouncy: packed with driving guitars, raucous hooks and an urgency that whisks you up into this riptide of a track, and you can listen for yourself below:

This latest single follows the first release from ‘Lights’, the blistering nugget of pure pop punk delight that is ‘Stitches’, which you can also hear below:

‘Lights’ is due for release on July 14th as a self release, and with an ever-increasing fanbase and a summer tour already underway, 2017 is sure to be a colossal year for Reckless Intentions. 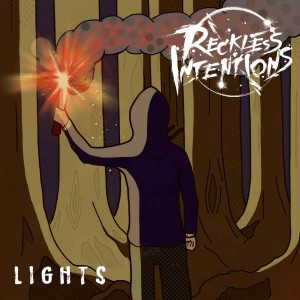 Reckless Intentions’ social media links are below for you to stay up to date with all the latest regarding their EP and future tours: