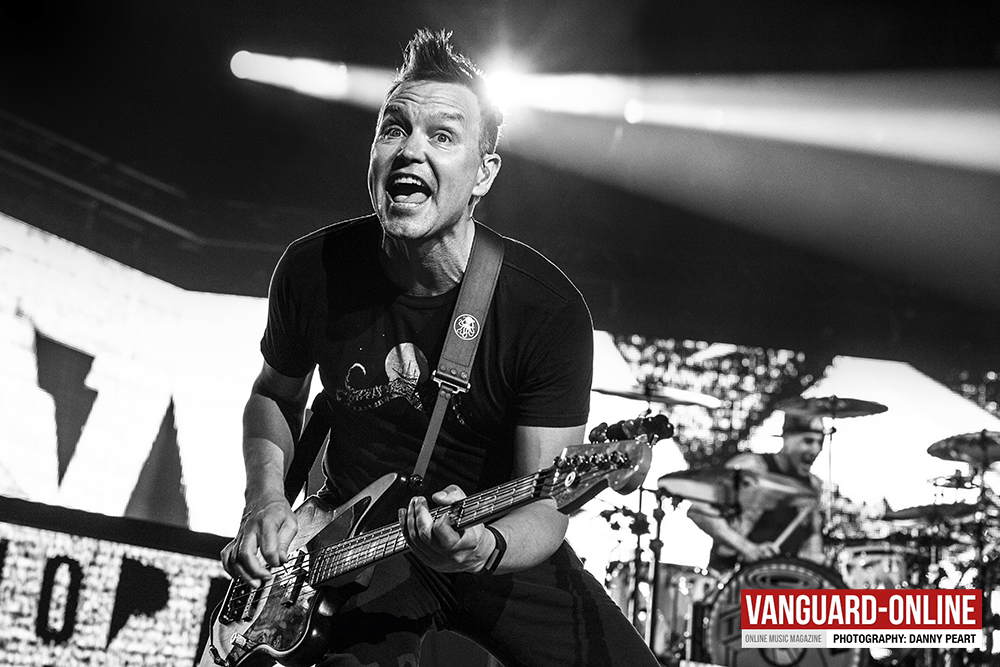 Hot off the back of the re-release of ‘California’ deluxe, Blink 182 return to the UK, but for the first time with new guitarist and vocalist Matt Skiba, for a full headline tour! With only 2 shows down so far, Leeds Arena is the first of a dozen more to come and the excitement around the city has been rising all day as everyone floods to the arena for some nostalgic pop punk.

We kick the night off with some chilled acoustic rock from New Jersey’s, The Front Bottoms (8). Playing to an ever-growing crowd, they rattled through their set with ease. With particularly poignant lyrics, they were immediately relatable, with a softer accompanying sound of acoustic guitar, a driven bass tone and creative drum patterns, they made the arena seem like it was in a back garden and hanging out with some friends (so much so they even had a sofa onstage with four special birthday guests just hanging out). Ending with their most notable songs, The Beers and Twin Sized Mattress, the band (and special sofa guests) walked off the stage to a respectable ovation from a won over Leeds crowd. 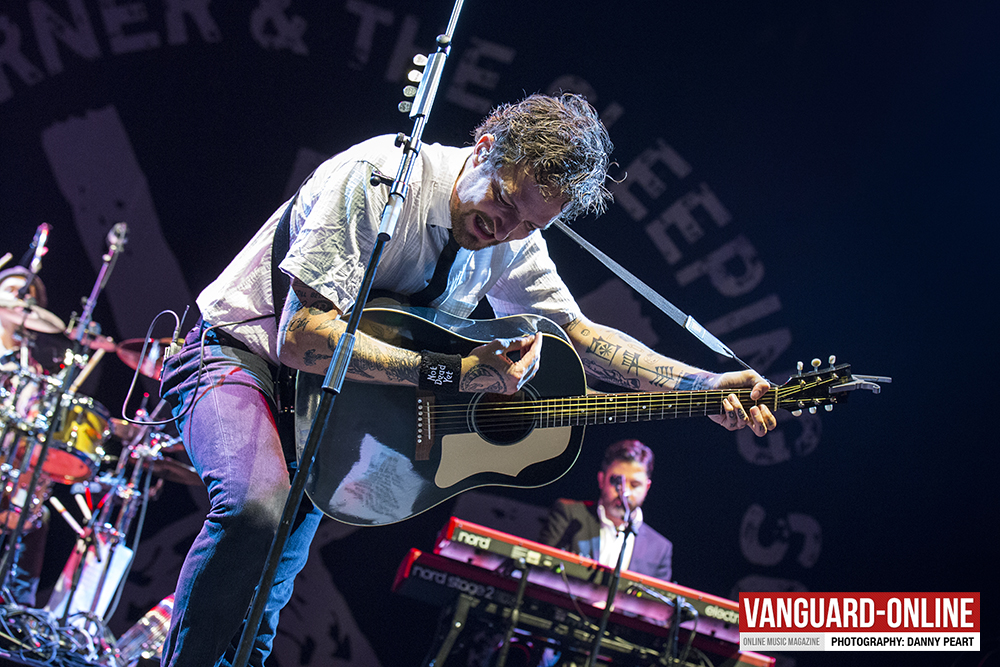 Second up is scene veteran Frank Turner and The Sleeping Souls (9). Having six records, a decade worth of touring and over 2000 shows under his belt, Frank Turner was more than adequate to liven up the Leeds crowd. Opening with Get Better and straight into Try This At Home, it was evidently clear they were up for it at much as the crowd was. With his folk charm and punk blend of aggressive guitar parts, mixed with mandolin and a filthy little Hammond organ sound, it’s hard not to dance to Frank and his merry men. Without plentiful crowd interaction, including getting a fan on stage to play harmonica during Dan’s Song, you’d be hard pressed to think he wasn’t headlining! Ending with I Still Believe going into Four Simple Words, after being collected from the crowd, Frank Turner and The Sleeping Souls leave the stage with a whole bunch of new friends cheering them off. 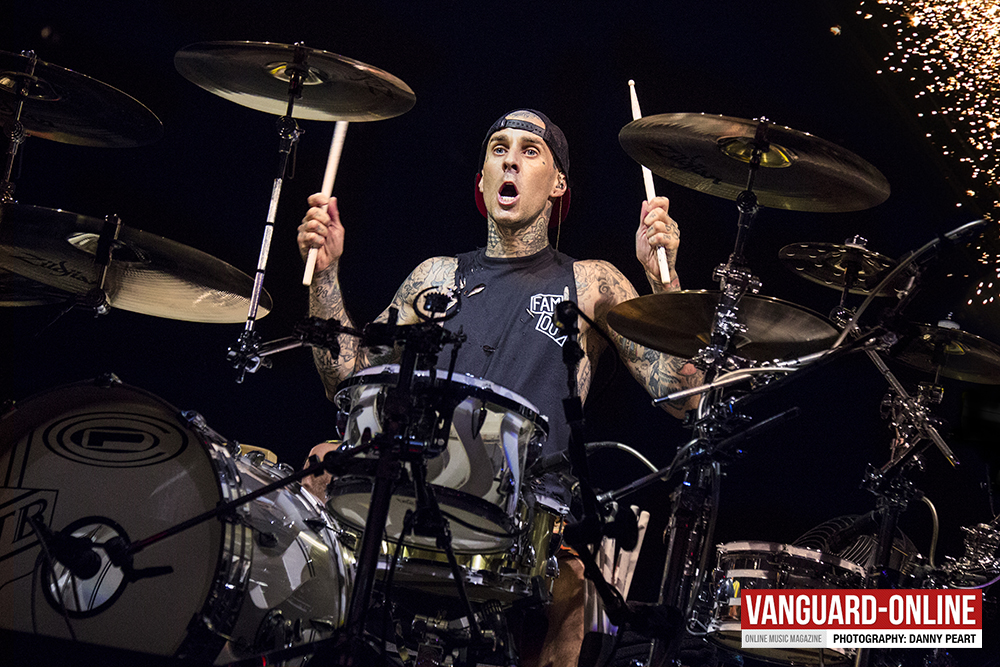 As a giant Union Jack with the Blink logo covers the stage, the anticipation builds until the lights drop, the intro music hits and the curtain comes crashing down! Blink 182 (9) kick off their set with an insane amount of pyro, fire and CO2, not to mention opening with classics Feeling This and The Rock Show, immediately throwing the Leeds crowd into a frenzy. This is Blink’s first adventure into Leeds other than playing the famed Bramham Park for Leeds Festival and a nearly sold out arena was there to bask in the glory of an indoor Blink 182 show. 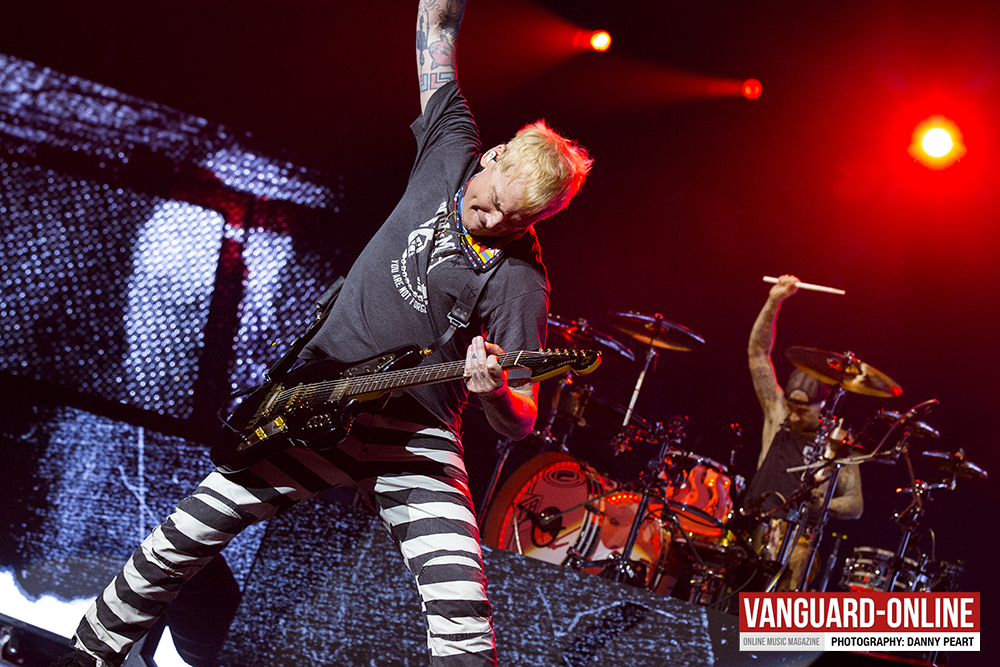 In a boiling hot room, there was seemingly no chance of cooling down, as the Cali Pop Punk outfit rattles through a twenty two song setlist, compromising of their greatest hits, as well as newer material coming from their newest release, California, the first album with newcomer and Alkaline Trio frontman, Matt Skiba. Skiba has been touring with and apart of Blink 182 since 2015, bringing his own flare to the older material, as well as bringing a classic punk sound to newer material and has been widely accepted by fans, but who can blame them with how effortlessly he pulls off classics such as What’s My Age Again?, Dumpweed and All The Small Things. 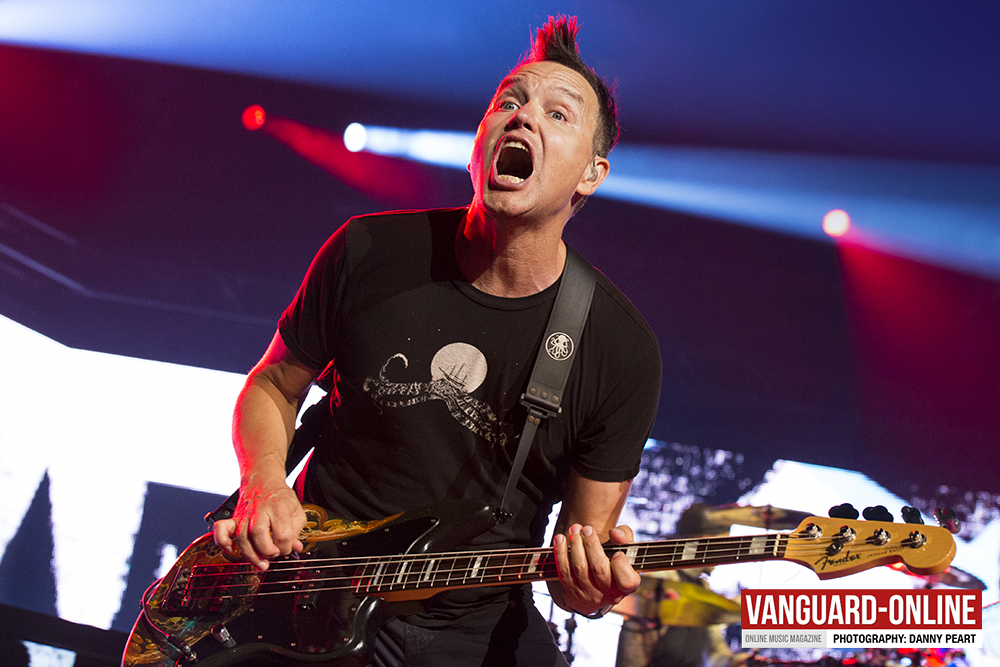 The set continues with a flurry of new songs, Bored To Death, Built This Pool, She’s Out Of Her Mind and Kings Of The Weekend all making an appearance, all with a very high amount of audience response. But, what is a Blink show without a bit of banter? With the classic and now famous Yorkshire chants filling the arena after every song, Mark Hoppus, already forgetful of the day they were performing, quizzed the crowd asking what was being chanted, before finding out and giving it a go himself. A chant worthy of his own Whippet and flat cap!

The set continued, more pyro, more fire and a classic Travis Barker drum solo later, the set was nearly over, with the final song of the night, Dammit, they blow out the remaining pyro (how they have any left is beyond us) and leave the stage with feedback and cheers filling the arena. Whilst this seemed like a much shorter set than most headliners, possibly due to the lack of any mid set discussion, which was a common occurrence during previous Blink shows, Hoppus, Barker and Skiba have easily proved that they are still one of the fastest and most exciting live acts around! 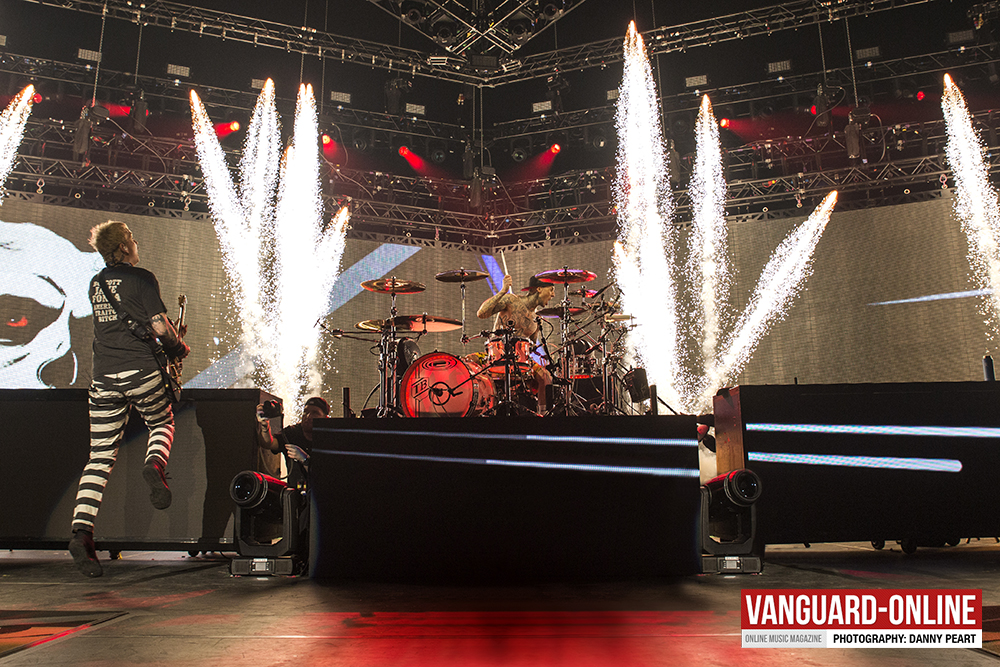