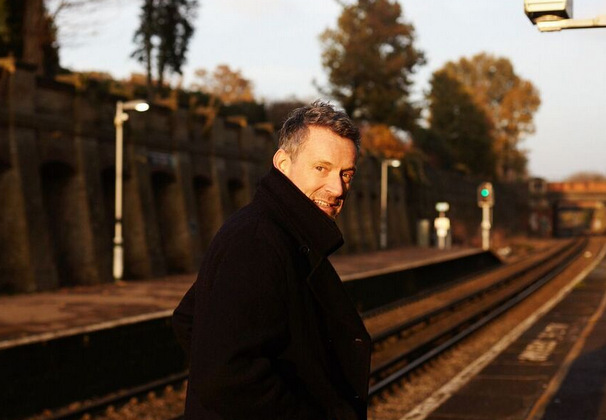 There is a saying that goes something like; ‘to assume makes an ass out of u and me.’ And to make assumptions about Blancmange’s latest long playing offering, Commuter 23, would indeed do just that.

And there are many assumptions to make. They are there waiting to be latched onto just like a through ball to a centre forward. Blancmange are still a two piece band; their sound is still the (rather good) offerings of the eighties; they are taking advantage of that decade’s revival which has spawned a dedicated radio station and Butlin weekenders.

However, if you were to make any more assumptions, then like me you would be feeling rather foolish. Though still officially a duo, in reality the music of Blancmange is now mostly the solo work of Neil Arthur. And although remembered for their succession of Top 10 hit singles such as Living on the Ceiling, Don’t Tell Me and Blind Vision, this latest offering could not be further from that pleasant poppy sound.

Again though, don’t make assumptions because the connections with the eighties are not altogether severed. Blancmange early influences were the likes of dark electronic masters Cabaret Voltaire and Throbbing Gristle and, in the early days, the band toured extensively with the likes of Japan. And all of this has been woven into the DNA that runs straight through every track of Commuter 23.

This is immediately evident in the opening track, Red Shift. The beat is piston-esque, having the hallmark haunting monotony and bleakness that was the reason the early eighties synth music was dubbed industrial. The lyrics are sparse, offering the listener no more than what is actually needed.

The electronic sound, the repetitive lyrics and the subject matter are all minimalist. The latter stays within the boundaries of the track’s beats and notes, as if Arthur really wanted you, yes you, to grasp his desire, as on the track I wish I was You, or his annoyance on It’ll Pass Maybe.

Yet just like the early industrial sounds of the eighties, there are tracks that are interspersed with a punk sound noted for guitars and a political viewpoint. Last Night (I dreamt I had a Job), with its neurotic nervousness offers a faster, more melodic track, yet along with fuzzbox vocals and guitar riff, also attacks the banality of ‘21st century shift work.’

With every track Arthur demonstrates his ability to capture, with sounds, the landscape of a modern world. Flight 2157, with its slow pace, muzak and gentle sounds, captures a commuter’s bore as they watch planes taking off through the thick glass of an airport’s waiting lounge. Yet in down to earth fashion, Jack Knife manages to take a snapshot of the lonely, slow paced world of the… lorry driver.

A standout track for its tempo and uplifting mood is the aptly titled Elemental Change. It is an instrumental that could be straight from Gary Numan’s Pleasure Principle (a compliment indeed). Though the LP’s DNA is still evident, it is racy, almost happy and like a two week holiday that breaks up the working year, offers something different from the bleakness of the rest of the LP.

This bleakness soon returns though. Waiting All Time is a slow track that has more than a hint of a haunting romanticism. Judge Mental returns strongly to the industrial sound and personal angst that opened the LP.

Of the ending, maybe only one of the last 3 tracks should have actually been used, such is the similarity of the instrumentals. But it is nice deciding which one it could have been.

Like the industrial backgrounds of the 1980’s, Commuter 23 maybe bleak and minimal, but it is attractive. The synth sound, sparse yet sometimes fuller, creates mood and perfectly accompanies the lyrics that are tainted with angst and anxiousness, not to mention an underlying annoyance with society. Like the world it portrays it can be draining, but leaves a yearning to get back to the journey of discovery.

Though having a strong taste of the past, this is certainly not a trip into it. The press blub says this is experimental and, for a technical term describing its futuristic sound, maybe it is. But the sound has been expertly crafted as though there were numerous reels of tape on the studio floor, all evidence this work took hours of toil. And the result is a modern, and welcome, version of a past genre.

If you are an eighties child who only taped the Sunday chart show and dressed in Fila, then this maybe is not for you. But if you ventured onto those acts that shaped the electronic, industrial sound that still influences music today, then this is very much worth listening to.