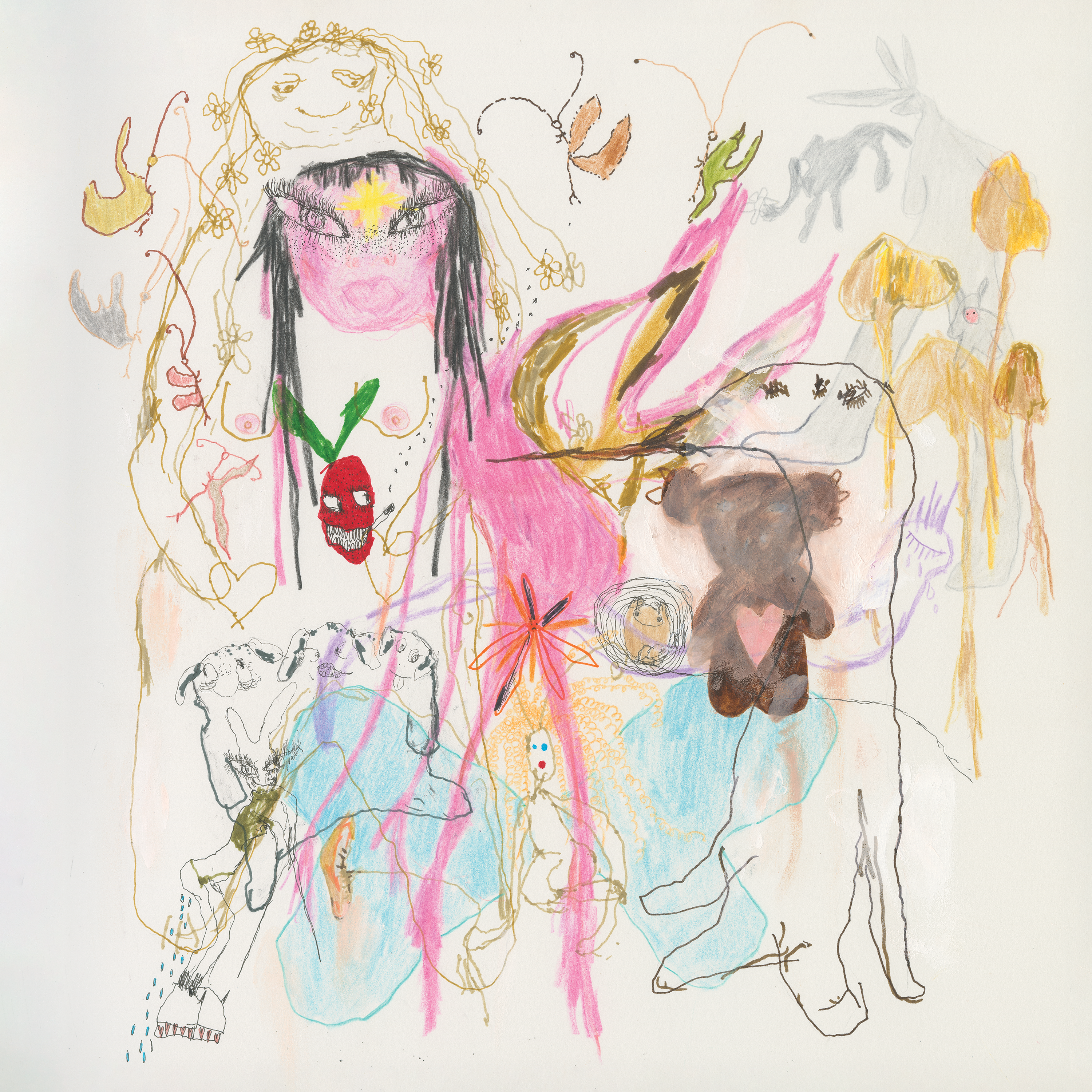 Beabadoobee’s new album ‘Beatopia’ demonstrates a refined, more mature sound from the artist. The name of the album encapsulates this work perfectly, beginning with the first song ‘Beatopia Cultsong’ with the clanking of the chimes, as if entering a new metaphorical dimension of her music. The songs on this new album make it seem like Beabadoobee has discovered herself more so, in terms of who she is and the music that she is creating. The majority of the album is a lot more calmer and steadier than her previous debut album ‘Fake it Flowers’, depicting the idea that ‘Beatopia’ is a tranquil place that Beabadoobee has found herself in and is wanting to share with her listeners. This idea of tranquillity is perfectly expressed in the song ‘Ripples’. It begins with a beautiful harmony of strings, inviting the listener in and uses the metaphor of water to explain how she feels which is particularly poignant in the lyrics ‘The people will listen/ as the water glistens/ then I see my reflection/so much clearer’. The poetic lyrics of the song coupled with the steady, harmonious instrumental acts like a message to the audience that even when you don’t feel completely happy or sure of what is happening, that it will be okay. This differentiates from the louder, more abrasive sound of Bea’s previous album, which depicted her emotions in a more vibrant way. The steady, calm approach to representing Beabadoobee’s emotions on the new album is further shown in the song ‘Lovesong’ which explores the idea of loving someone despite having bad times within a relationship and this turbulence of feelings is represented through the lyricism and tranquil tones. The steady beat of the song almost acts as a representation of an acceptance of the fact that she still loves the person despite the bad times they have as the lyrics fall in to one another ‘I guess that this is just another love song/About you/Just another love song/About you,’ suggesting that Bea is going with the flow with the emotions for the person she is singing about within the song.

The album continues to deliver unique ways of expressing emotions, particularly surrounding heartbreak and love. A particularly clever piece on the album is the song ‘Broken CD’. The song begins slow and muffled, emulating the sound a broken CD would create and repeats the same two verses to show how the CD cannot continue. This ‘broken’ effect is a refreshing way of portraying the idea of heartbreak and potentially the idea of a first experience of heartbreak of a first love, suggested in the lyric ‘Don’t think I’m over it/It hurt when I was seventeen’ which makes it all the more painful and harder to get over as it is something that hasn’t been felt before, thus ‘breaking’ you in a sense similar to the CD that Beabadoobee represents.  Another song that works similarly at depicting emotions in a unique way is ‘The Perfect Pair.’ The pace of the song makes it seem that the relationship that Bea is describing is on fast forward as well as giving it a sense of unsteadiness and seeming unsure. The lyrics beautifully emanate this as they don’t all marry up together to give the listener complete context. The combination of the sound and lyricism therefore portrays the idea of being uncertain about a relationship and how to feel within it, demonstrating in another clever way similar to ‘Broken CD’ of the emotions and confusion that comes with love and relationships.

The angst of Bea’s previous sound on ‘Fake it Flowers’ is still to be discovered hidden within the mystical and whimsical songs of ‘Beatopia.’ One song that has the rock vibe of her debut album is ’10:36′ however it seems more refined and matured, showing  Bea has discovered and explored her sound more so whilst entering the world of ‘Beatopia’ and not simply left it behind but instead enhanced it more so. Another song to show that her fiery sound hasn’t extinguished is ‘Don’t get the Deal’ which enforces heavy guitar amongst the soft, melodic anthems that are found within ‘Beatopia.’

Beabadoobee’s discovery of her sound in ‘Beatopia’ and depiction of her emotions is beautifully summed up with the last song on the album ‘You’re here that’s the thing.’ The song sounds like a happy ending to a film which is particularly poignant as the lyrics suggest that Bea still has uncertainty within the relationship she is portraying within the song, shown in the line ‘Hold on a minute, plеase, won’t you listen?/Cause I’m not surе if you’re into me like I’m into you.’ The upbeat tone of the song suggests that Bea has realised that despite not understanding a relationship or an emotion, it doesn’t mean that you have to feel unhappy and this is reiterated in the line ‘Catch the rain/Even on a sunny day’ showing that nothing can be perfect and that we will not be happy with everything all the time. Beatopia beautifully explores the idea of uncertainty and capturing happiness within the confusion of emotion and love and is somewhere I think many of Bea’s listeners would love to visit after hearing experiencing the places Bea takes them musically.

‘Beatopia’ by Beabadoobee is out now.