First metal gig of the year for us and WHAT A GIG! 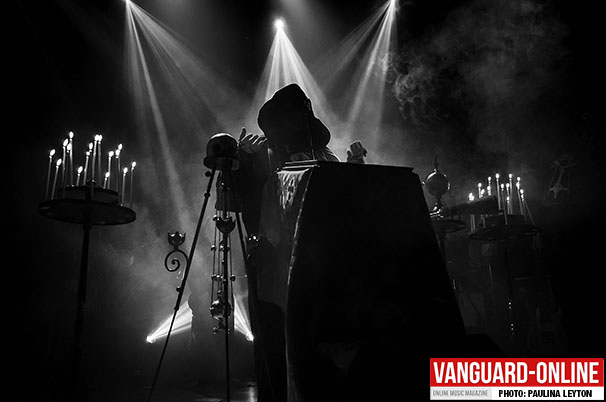 It is not every day, that there happens to be ‘the perfect line up’ playing a show,
but Batushka’s European Pilgrimage delivers just that and beyond.
The night at Islington Assembly Hall felt like a black mass, consisting of three sections: 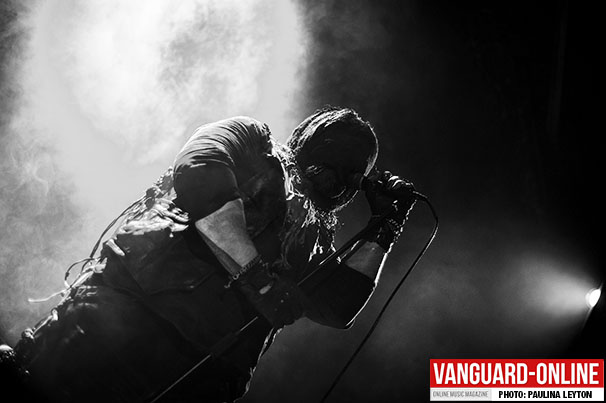 TREPANERINGSRITALEN kicked his set off at 19:30 and immedietaly filled the room with a cold, frightening atmosphere. Thomas Ekelund grunted his distorted vocals with a sack over his head that perfectly enhanced the dark otherworldy feel that he created with his black industrial noise. During the 30 minute long set we got an insight into the mind of madman, and had a glimpse of dead industrial nihil. His hypnotic loops and the ever mutating syth lines combined with the percussions made us feel like part of a ritual and was truly a psychedelic experience for the fans of Noise and Dark Ambient music. 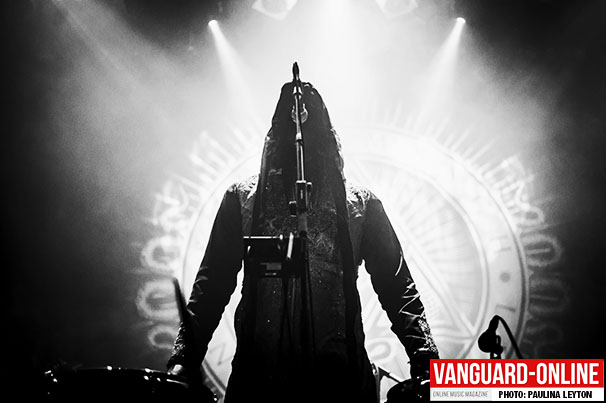 After a quick stage set up, SCHAMMASCH amazed everybody with their avant-garde black black metal. They have built their set up layer by layer, riff by riff. They had an excellent sound, which was a great advantage given how rich their music is. It really felt like an elevation as the second section of the night liberated the crowd from the toxic dream state of the previous half an hour. The 3 guitars allowed the band to deliver a full experience of their music, and a big respect to their new drummer (Luke B), who had to learn the whole set in about three weeks from scratch. They played for about an hour, but it felt much shorter. The highlight of their set was definitely ‘Metanoia’ during which the mosh pit opened up. As the scent of frankincense filled the air, they made people forget about the world beyond the walls of the venue and made them feel they were part of something dark and magical. As the evening closed in on its climax and the third section of the mass were about the begin, the venue was completely full and there were high anticipations. 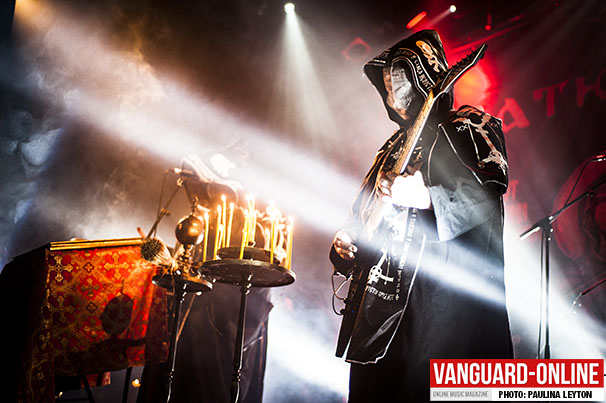 This is the third time BATUSHKA have played in London in a fairly short period of time, and but they still managed to pull a massive crowd. And there is a reason for it. The stage set up with the candles, and icons, the colours, the frankincense are all a part of the unique and timeless world they create. Starting off with the intro of Litany I: Purification, they set the tone of what was to come on this journey. Full bodied guitar tones varied with melancholic acoustic parts and gregorian chant made us long after an unknown corner of time. Although they have only released one album so far (which they showcased wholly), their music feels strongly established and refined. Their whole image with the faces covered and the ritual robes they were wearing made their performance very theatrical and they delivered their set flawlessly. 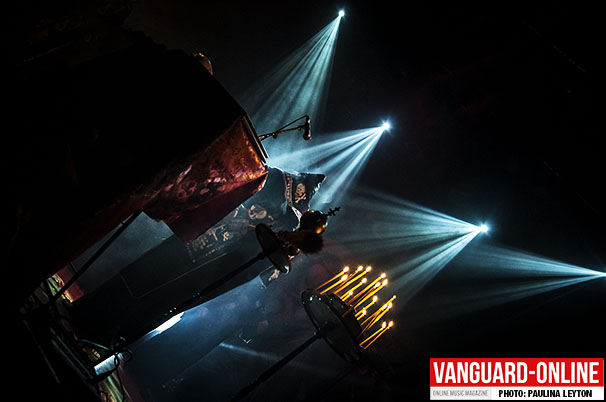 However, I felt the end of the set somewhat ‘rushed’ and perhaps unexpected, but this could simply be due to me enjoying this gig so much, that I wished it went on forever…

Definitely one of Polands finest metal acts and a band to see live.