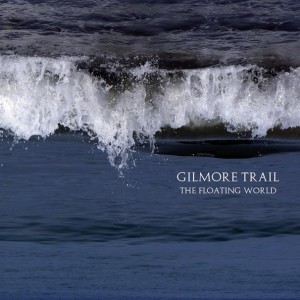 Post-rock. Another musical genre label that, in 2015, can mean anything. Like ‘indie’ can now be used to describe anything from Animal Collective to Mumford and Sons to Sufjan Stevens, ‘post-rock’ is seemingly used to identify anything that includes 10 minute-plus songs, no vocals, proggy structures and ‘Sounds Like Mogwai’. If much of what is now described as ‘post-rock’ were released in the 70’s, we’d call it ‘prog’ and stroke our beards. If it was released in the 80’s we’d laugh at it’s naffness as we drank Bucks Fizz in Club Tropicana while we waited for house music and decent guitar bands to come back. In the 90’s, it would have been one of countless exploding scenes vacuuming up influences and twisting them into weird shapes. Which takes us to Now, where the label is so wide ranging it can mean all things to all men. And women.

The album ‘The Floating World’ by Sheffield based group Gilmore Trail is ‘Post Rock’. It doesn’t deviate too far from the meat and potatoes of what you’d expect of the genre. No found sound audio, no violin bows scraped across guitar strings, no occasionally-fashionable Krautrock influences, no tubas and tape machines. We have guitar, bass and drums.

It is good. Very good. It’s a widescreen, uplifting rock record that conjures up amazing landscapes with no lead singer to distract your attention. The playing is confident without being gratuitous, emotional without being melodramatic. Opener ‘Memories of Redfearn’ contains much of the blueprint for what follows in under 6 minute. A thoughtful piano-led opening gives way to a starburst of guitars which then go into overdriven crescendo by the track’s climax, encouraging the listener to turn up loud. There’s a bit of respite thanks to relatively gentle second cut, ‘Waveless Shore’. Then things get dark with album highlight ‘Ballard Down’, an unwieldy beast that enters with an uneasy dread before showing what lovely and scary things these guys can do with noise.

The centrepiece of the album though is the title track. A stunning multi-part track that begins by evoking the suave ennui of ‘Division Bell’-era Floyd before ending with a cataclysmic crunch that wouldn’t be out of place on a mid-period Mogwai release. The key moment of the track, and the album for that matter, comes just after it’s halfway point, a sudden shift of tempo introduced by guitar lines that could have come from Radiohead’s ‘Amnesiac’ signalling a shift into top gear as the band launch themselves towards a thrilling and dramatic conclusion. Drummer Sam Ainger is really the secret weapon here. Gilmore Trail are named after an area of wilderness in remote Alaska and it’s here that you can begin to imagine the glaciers sliding into the cold, pure water.

The remainder of the album is taken up mostly by the track ‘Origins’, sandwiched by two near-interlude style pieces. ‘Origins’ is another lengthy track, the longest on the album. At times it threatens to be too much, overwrought in places, and maybe repeating too many of the tricks from earlier on. However, the head spinning finale more than makes up for it, an atmospheric three minutes that is surprisingly emotional and a little bit head banging.

For my money, ‘The Floating World’ is better album than this year’s Godspeed You! Black Emperor. And I love Godspeed You! Black Emperor. There, I’ve said it. Yes, there are long stretches that sound like Explosions in the Sky and lovers of this sort of stuff will easily pick out their influences (Hello Sigur Ros and Mogwai, naturally). But for an album with a running time of over one hour and no vocals, it holds your attention surprisingly well. ‘The Floating World’ is a strong statement that Gilmore Trail are on a journey worth taking. It may be cold, rocky, frightening and melancholic but the view of the stars and lights at the end will make it all worthwhile.

‘The Floating World’ is out now via Chasmata Records.