All posts by Patrick O'Brien » 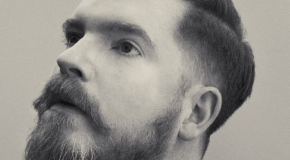 John Smith’s has returned with a new album, Headlong, his first since the successful Great Lakes of 2013. Initially the album doesn’t disappoint, the first three songs; Living in Disgrace, Headlong and Far Too

Friday 19th May saw the release of Headlong the second single and title track from John Smith’s upcoming fifth studio album. Headlong begins with a beautiful acoustic motif, a characteristic often featured with