All posts by Johnny Gibson »

Upon hearing the eponymously titled new album from Blood Red Shoes before doing a background check on the band it was clear to me what influenced the sound of this two-piece from Brighton, England. 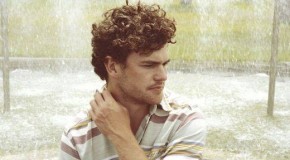 You may not have had the pleasure of hearing Vance Joy’s songs before, or maybe you have but didn’t realise it yet. “God Loves You When You’re Dancing” is the first EP release from