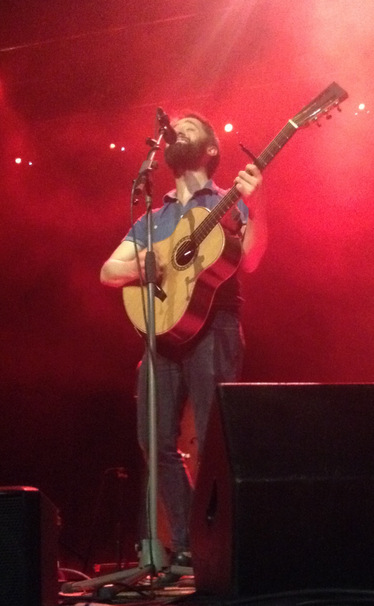 Never before had I heard such rapturous applause so early on in a live performance. In fact, Conor O’ Brien – the man behind the genius of Irish band Villagers – had all but silently (yet confidently) walked on stage before the crowd were cheering and whistling in attempts to assert their approval and support.

You see, mere hours earlier that day it had been confirmed that after months of tirelessly campaigning the Republic of Ireland had become the first country in the world to legalize same-sex marriage by means of a popular vote. All across the country people were celebrating this historic win for equality. However, for fans of Villagers gathered in the Cork Opera House, this victory was particularly pertinent as man of the night Conor O’ Brien in his recently released jewel of an album Darling Arithmetic addressed his homosexuality in a candid and direct fashion, and had been passionately campaigning for a win in this referendum for quite a while. Subsequently, when the moment came for him to walk on stage proudly displaying his “YesEquality” badge on his lapel (as I did mine) all 1000 fans cheered as loud as they could while Conor threw his arms above his head in silent but grateful recognition. “Cork, I love you, and today I found out that you love me too”.

“Now to depress the fuck out of ye” Conor notes to laughs, and while he turns away to ready his guitar we finally we a good look at the stage. It is rather sizeable and spacious but with an old-fashioned rug lying underneath Conor’s microphone stand, some small wooden furniture and a charming wooden lamp placed among the drums, double bass, keyboard, synth boards and harp; we get a sense that this will be a personal and intimate affair. It proves to be exactly that.

Interestingly Conor opens the set with Set the Tigers Free from his debut album, but as he closes his eyes and the sparse but emotive instrumentation begins it is clear the audience are already hanging on his every word. His drummer and harpist either by chance or design have beautiful voices which blend perfectly with his own, allowing them to layer their voices and harmonize in a way which is very pleasing to the ear.

Dawning on Me from his latest album takes on new life in a live context. In his promo for the album Conor detailed how with this track he wanted to utilize simplicity to “capture a moment of beauty […] lying in bed, sun coming through the window” and this is achieved live through use of extended vocal lines, harmonies, and a delicate balance of finger-plucked guitar and harp over a gentle but soaring synth.

Despite the hard-hitting emotional content of most of Conor’s tracks he remains charming and communicative throughout the night. “You know Eurovision is on tonight, right?!” he questions at one point. “Seems like a much better way to celebrate but alright” he jokes in an endearing and light-hearted fashion. “This is the Eurovision moment” he notes later on in the night, before launching into 2015 track Twenty-Seven Strangers. “It’s about death…” he quips at the last second.

Fan Favourite Nothing Arrived benefits from stripped back arrangement of just Conor and his guitar, highlighting the evocative and existential nature of the lyrics “I waited for Something and Something died, so I waited for Nothing and Nothing arrived … It’s a funny battle, it’s a constant game, I guess I was busy when Nothing came”. In a bittersweet revelation Conor tells us simply “this is a song about how I used to feel”. Unexpectedly the drummer brings out a trumpet to accompany Conor in the verses, and while brass accompaniment might sound jarring in an acoustic setting; it works perfectly.

Conor doesn’t allow us to wallow for too long. As he introduces another song from Darling Arithmetic he explains “this is a song about loving someone where it’s totally unrequited and they will never be able to love you back”, to nods of understanding. “Or when you’re gay and they’re straight” he adds in a huff, to which people can’t help but laugh. This defines No One to Blame perfectly, as Conor goes on to sing to us about the pain and turmoil of a love that is unrequited, but also the romanticism of such naivety and longing. “A song for my teenage self” he has noted in the past.

Hot Scary Summer is song of the evening, which Conor tells us is a “send off to oppression and invisibility” he felt as and gay man in Ireland. When Conor was a child homosexuality was still criminalized in Ireland, and this song details the bigotry and homophobia he has been forced to face as result of living in a heteronormative society largely influenced by its traditional Catholic and often intolerant views. Its lyrics are representative of the experience of many Irish LGBT+ people, intertwined with a personal love story relatable to people of all orientations, “Remember kissing on the cobblestones, in the heat of the night. And all the pretty young homophobes looking out for a fight. We got good at pretending and then pretending got us good. We’ve always been up against it. But now it’s sad to see we’re up against each other in this hot scary summer.” Conor sings this with sincerity and emotion befitting of such a deeply personal and challenging journey, though in the light on the day’s momentous events we as an audience – just as Conor seems to be – are filled with hope and aspiration for a future less permeated by such prejudices. The audience are in fact so impressed by Conor’s performance he receives a standing ovation, though there are still six songs left in his set.

Conor’s bandmates leave him on stage so that he may perform two songs, Ship of Promises and Jackel, solo. Jackel proves to be another magical moment as he asks the audience to sing along, and they oblige overwhelmingly. Somehow, amazingly, the entire audience is so enthralled in Conor’s raw acoustic performance that as the song draws to a close they sing the entire chorus “I was a dreamer…” while Conor sings his own line over it “I’m selling you my fears”, in perfect co-operation, just as on the record. It is a testament to the power of Conor’s magnetism and charisma as a performer; his sincerity and humility obvious from the get go.

The band rejoin Conor to close the set with lead single Courage from his latest release, aptly singing “It took a little time to be honest, it took a little time to be” as he concludes a night of raw emotional intensity and technical mastery. The audience once again offer him a standing ovation and rapturous applause as our only way of communicating our appreciation, but it is one he accepts with smiles and kind words. It is obvious this is a night nobody in that theatre will be forgetting any time soon. 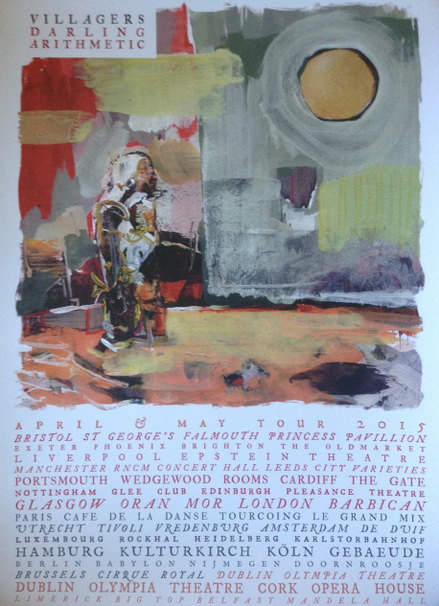 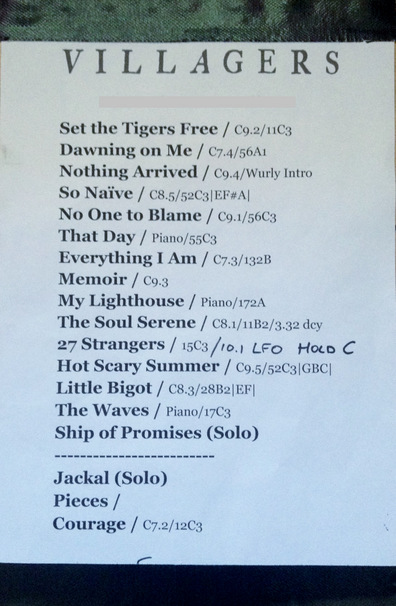 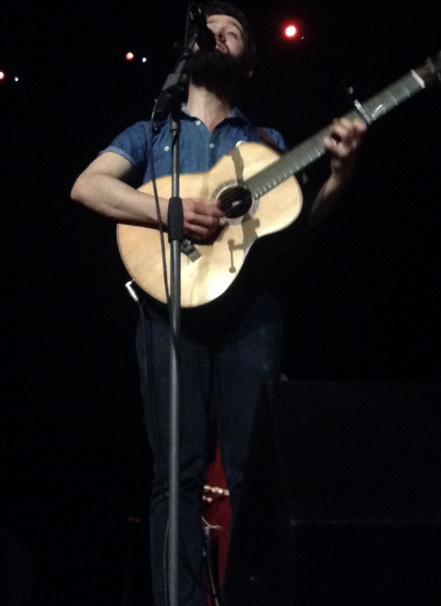