With some acts you can tell their roots almost immediately and you know exactly what kind of animal you’re dealing with. So it is with Amanda Palmer, American musician and controversialist with her performance art roots proudly on display as she took to the stage in the Royal Northern College of Music.

The tour was ostensibly to promote her new book The Art of Asking but better served to allow her to perform and hold court for her friendly audience consisting mainly of art school and theatre kids. While the sit down mood slightly muted the energy, a heavily pregnant Palmer moved easily between piano and ukulele, deftly engaging with the audience with a meandering set list of songs both comic and wistful, including her popular hits as well as deep-cuts and inside jokes with her fans.

All interspersed with anecdotes and casual conversation – hence the promotion of the event as less a gig and more ‘An evening with…’ – as though your favourite eccentric aunt had descended with a glass of wine in her hand, a twinkle in her eye and proceeded to dominate the piano; working well with the intimate space and wonderful acoustics. A haunting cover of ‘There is a Light That Never Goes Out’ followed news of her upcoming support for Morrissey on tour, and her story about not wanting to meet her heroes.

The mighty RNCM pipe organ was also pressed into service to delve into the Dresden Dolls back catalogue with ecclesiastical effect, before fittingly, a fan reading from her book, which might have felt indulgent given the audience’s familiarity, but allowed a segue into more anecdotes and a change of instruments.

Palmer’s command of the audience allowed her to lead them by the nose, even as they shouted requests, and her self deprecation and ‘I’m not a rock star’ shrug just endeared her further, with her gravid Mother Goddess look punctured by her comic ‘Pregnant Women are Smug’ before drawing the audience close as she mused about her fears that impending motherhood would make her dull or compromise her art.

With the future unknown, this farewell tour shows little signs of flagging. Palmer fills the auditorium with energy and masterful command, her performance pulsing and engaging. Although she may trumpet the refrain ‘Stop pretending Art is hard’ her true success is by making it look effortless. 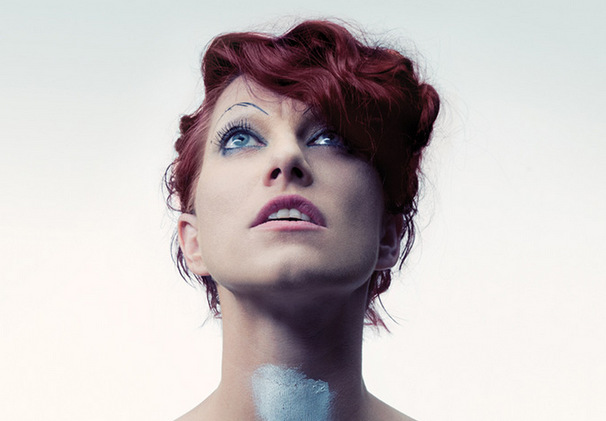