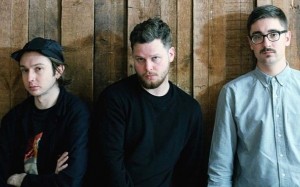 Alt-J’s gig at Glasgow’s enormous Hydro arena appears just over half full, but you wouldn’t know it from the energy emanating from the crowd. There is a sense that this is the place to be in the city tonight, and by the time the Brit and Grammy-nominated band have arrived on stage, everyone knows they’re in for a good time.

The bright, expanding visuals of coloured lights and shapes provide the perfect backdrop to Alt-J’s unique brand of experimental, slightly ominous brand of pop. The band themselves stay still as they play, but the crowd dance and grind along to a selection of songs from the critically acclaimed albums An Awesome Wave and This Is All Yours, such as Every Other Freckle, Matilda and Fitzpleasure. A roar of approval greets the suggestive Left Hand Free, while the sinister, throbbing Hunger of the Pine begins the encore and mellows the audience.

The evening ends with the stuttering Breezeblocks, which confirms Alt-J’s status as one of the most original indie bands of the moment. Having already made two albums which are fizzing with ideas, it’ll be exciting to see what they create next.