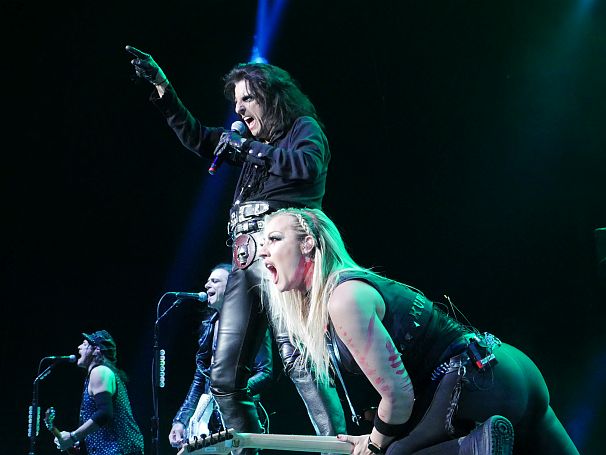 Alice Cooper is famous for his schlock-horror hard rock but all the mental images you might have of the stage show can’t match reality. A series of themed songs and routines culminate in strait-jacketed Alice dreaming of giant babies, purloining a real baby, trying to behead it, being guillotined and, finally, having his severed head paraded round the stage. Add in ghosts, monsters and demons and you are half way to Broadway. 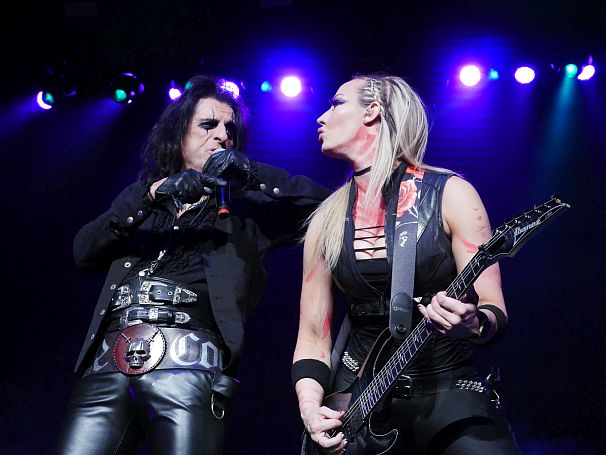 Alice Cooper is the master of ceremonies, resplendent in black leather and top hat, swagger stick in hand for emphasis. Around him is a constant swirl of musicians, three guitarists and a bassist in constant motion, posing, strutting, interacting in a buzz of energy. It all takes place in front of Alice’s own personal ghost train-style set. At this stage in Alice’s career, this could be a tired re-tread but lots of preparation, planning and hard work make this an energetic spectacle. 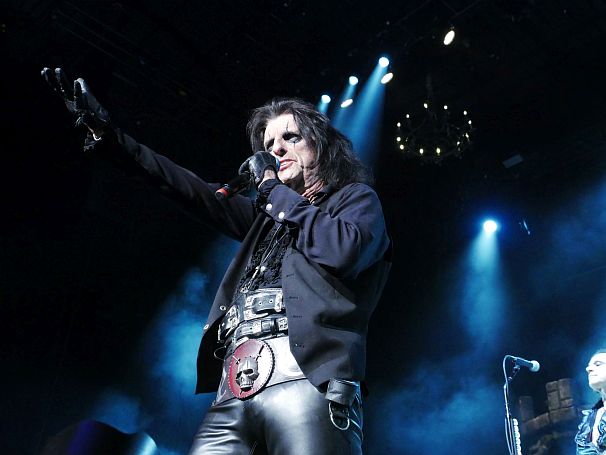 Belying his seventy-five years, Alice never takes it easy, pushing himself into constant hard-rock showmanship, striding up and down, poking guitarists with his swagger stick. In full make-up, eyes blacked out, the wrinkles are nothing but a mask. Inside is a man who is twenty-one and thrusting his pelvis at the audience, full of fire and cocky vim. It’s a long way from the traditional rock strut of co-headliners, The Cult, whose Ian Astbury has spent part of his set berating the audience for a lack of energy. Cooper works to create the energy and belongs to the great American guild of showmen. 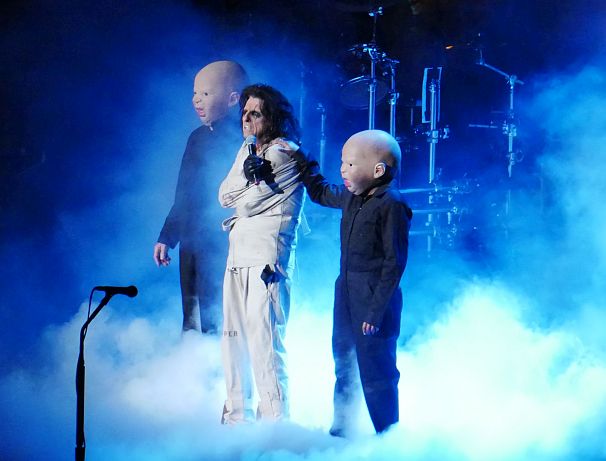 The songs are mostly a barrage of screaming fun and it takes confidence to throw four biggies into the first four (Feed My Frankenstein, No More Mr Nice Guy, Bed Of Nails and Hey Stoopid). The sound is punchy and good (for an arena), emphasising the corny, guitar-wailing histrionics of Alice’s catalogue. He stays mostly in the greatest hits territory and no surprises or complaints about that. We get Under My Wheels, Poison, I’m Eighteen, etc. School’s Out is saved for the end, of course, along with giant exploding confetti balloons, glitter cannon and any other excess available. The guitars punch out multiple solos, hammering the pentatonic blues scale and copping a pose. 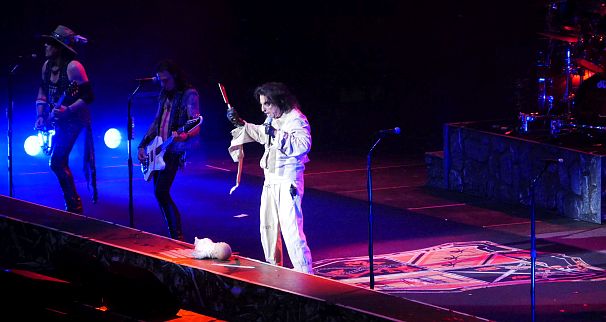 Seventy-five minutes of rocking macabre vaudeville flash past and before we know it, School’s Out has ended, the band take a bow and Alice steps up: “Thank you for coming to our little casserole of nonsense. May all your nightmares be….horrific” 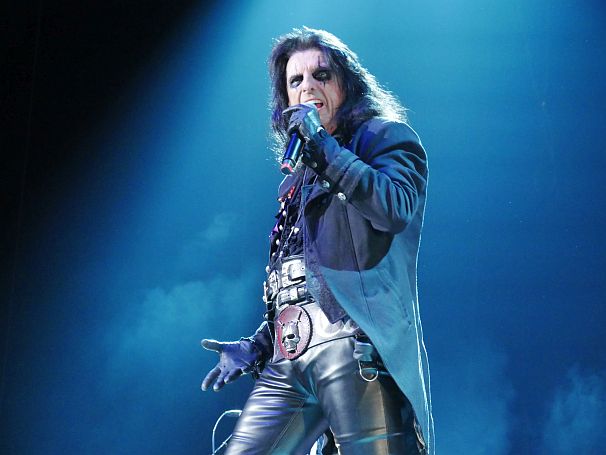 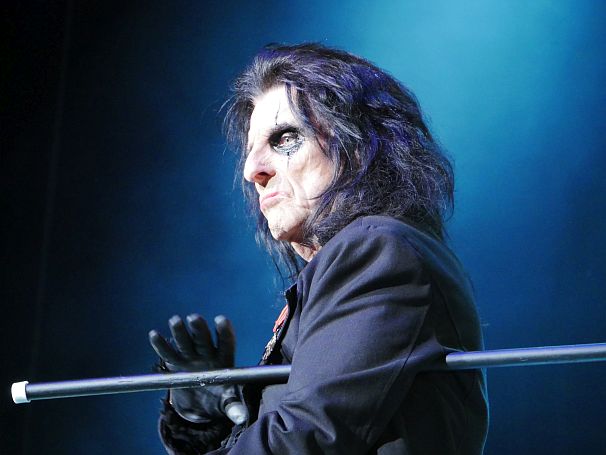 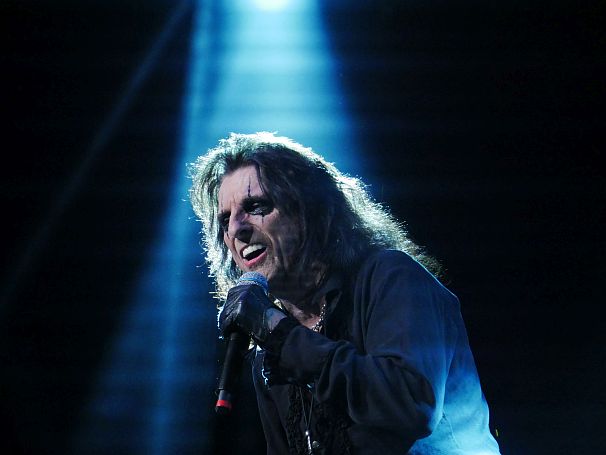 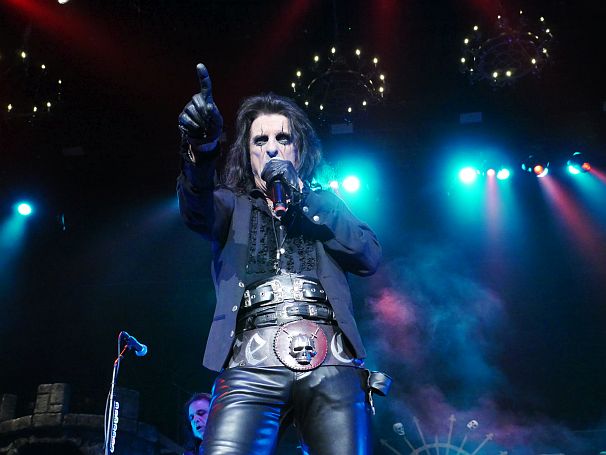 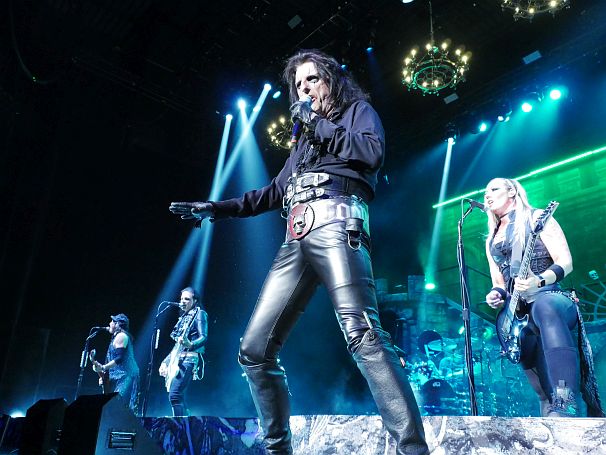 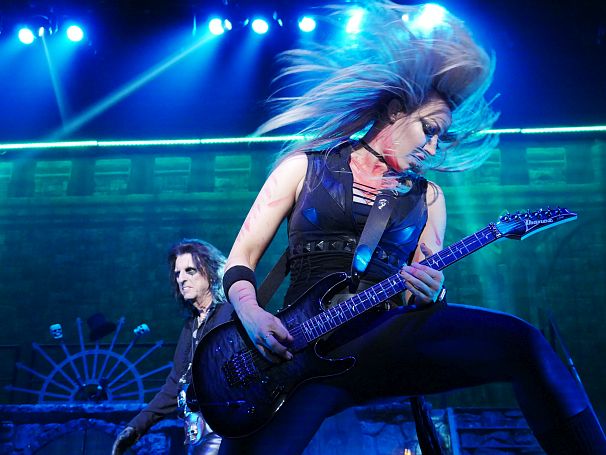 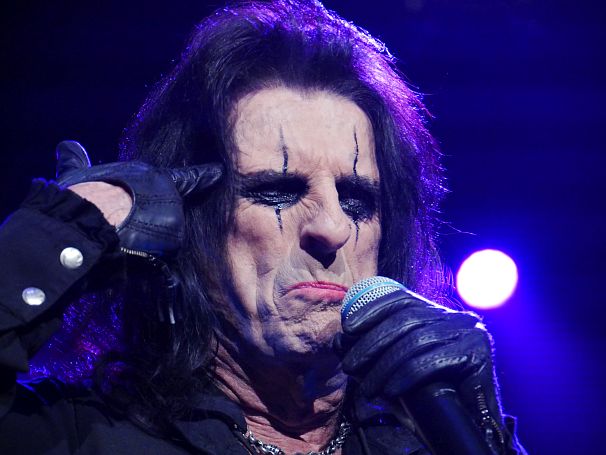 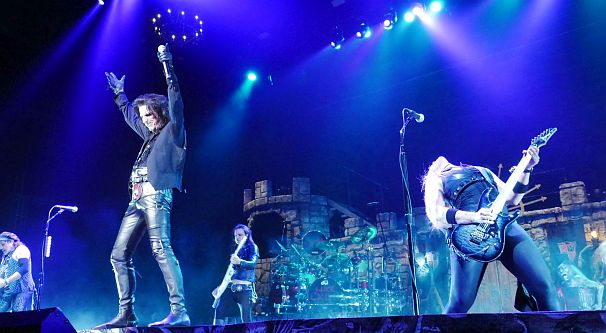