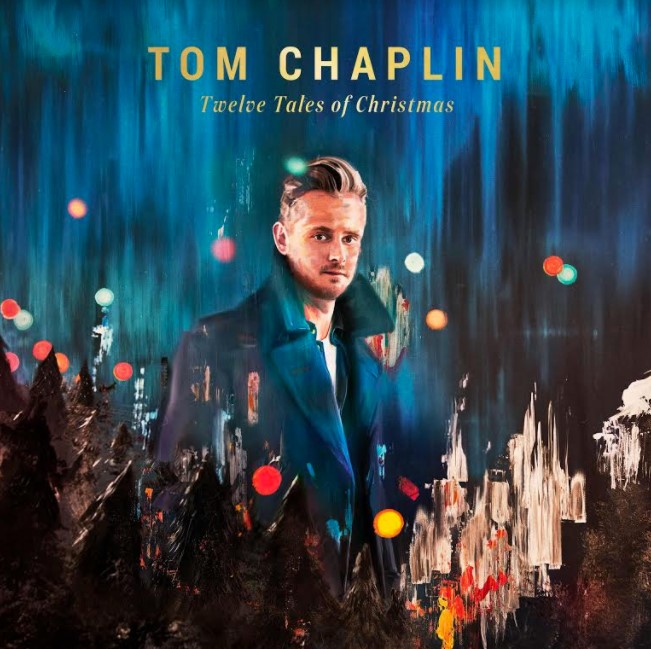 It has barely been a year since Keane frontman Tom Chaplin released his critically acclaimed debut solo album, The Wave, but he has already followed it up with a Christmas album, inspired by the mixed emotions the festive season conjures for many people. Chaplin explores the full spectrum of these emotions on Twelve Tales of Christmas, comprising original songs as well as four covers of beloved Christmas classics.

The album opens with a haunting reimagining of ‘Walking in the Air’. The initial stripped back production gives way to soaring strings and backing vocals, but Chaplin’s sombre vocals ensure the track is much darker than Aled Jones’ version.  ‘Midnight Mass’ is the album’s first original song, and it seems to be the most likely future Christmas classic on its own merits. Its gentle piano melody, paired with Chaplin’s pure voice, evokes the traditional festive theme of returning home for Christmas, and even has a sing-along chorus.

The hazy effect on Chaplin’s voice on his cover of The Pretenders’ ‘2000 Miles’ imbues the track with a dream-like quality, perfectly complementing the album’s later themes of nostalgia. This is sharply punctured with the opening lines of ‘Under A Million Lights’, another original song: “It’s easy to think we’re screwed/reading the front page news.” However, it’s a spirited, upbeat call to be hopeful in times of darkness, with its driving chorus recalling Fleetwood Mac.

One of the album’s stand-out moments is a cover of Joni Mitchell’s ‘River’: with Chaplin’s voice full of sadness and regret, he conveys lamenting the loss of a lover, while his voice also swells with power and longing. ‘London Lights’, another original song, pays tribute to the magic of the capital at Christmas time, and its power to inspire hope for the future: “For all the violence we see/For all the mindless suffering/Here we stand with this town/There’s still love to be found”.

‘We Remember You This Christmas’ reflects on the absence of lost loved ones, seen in “faces locked in photographs” on the mantelpiece, and its main observation is startling in its wisdom and beauty: “So gather round the Christmas tree/The here and now is all we need/The world moves on, all things pass/Soon we’re all behind the glass”.

Perhaps the triumph of this album is that it never descends into schmaltz or cheesiness: instead, it is shrewd enough to let Chaplin’s voice shine, so that his message of hope in times of despair is heard. In that sense, Twelve Tales of Christmas can be seen thematically as a continuation of The Wave, which explored Chaplin’s journey to happiness after the torment of addiction.

This festive album is a timely antidote to the tumult and sorrow of 2017. Chaplin is saying that there is hope and light amidst the darkness: a message that’s not just for Christmas.

Twelve Tales of Christmas was released on Island Records on 17th November 2017.