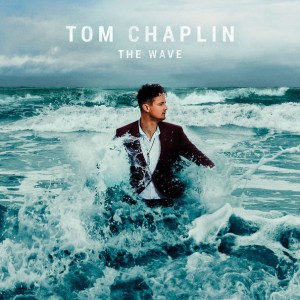 During a Twitter Q&A with fans last year, Keane frontman Tom Chaplin was asked what advice he would give to himself ten years ago. He responded: “Deal with your shame Tom.”

Shame was the catalyst for Chaplin’s debut solo album, The Wave. For him, 2014 was a “living hell.” The drug and alcohol addiction that led to his admission to the Priory clinic in August 2006 had resurfaced, resulting in a relapse so severe that he was kicked out of home and “abandoned by everyone he loved.” Chaplin felt he had two choices: either continue down the path to self-destruction, or find redemption through his creative energies. The Wave is the result of the latter choice.

With the Ivor Novello Award-winning Tim Rice-Oxley as Keane’s principal songwriter and pianist, Chaplin has had little reason to release his own songs – until now. Keane – also comprising drummer Richard Hughes and bassist Jesse Quin – have been on indefinite hiatus since 2013, after selling over 10 million albums worldwide. Chaplin’s pure, captivating voice was a key element of Keane’s success, as well as Rice-Oxley’s piano pop melodies. The Wave, produced by Matt Hales, is performed by a band of musicians assembled by Chaplin and is musically and lyrically a very introspective body of work.

This introspection is particularly apparent on I Remember You, which is directed at Chaplin himself. The song manages to be the catchiest on the album despite its lyrics about “drowning in the sea/swallowed by the rush of the rising tide”, using a jaunty melody to give a sense of the optimism that ultimately resulted from Chaplin’s struggles. Similarly, the chorus of See It So Clear – a sure-fire sing-along for Chaplin’s UK tour this month – is uplifting and joyful in a song which recalls Chaplin’s emotionally troubled past: “all these happy memories/they have spaces in between.”

However, the soaring Hardened Heart perhaps best encapsulates the story behind the record: “hurting everyone I know/bringing everybody down so low/stuck along a road of sadness/with nowhere to go.” Chaplin sings with such conviction  over a lilting melody about finding hope and happiness that it feels like a cathartic moment for both him and the listener.

Indeed, it’s almost impossible to not admire Chaplin for both his voice and his searing honesty in exploring his problems on this record, which is brimming with personal touches. In an image as part of a set by photographer Derek Hudson accompanying the album, Chaplin’s wife Nat stands at the window of a warmly lit rural home. The song it represents, Solid Gold, is a tender, country-tinged tribute to her devotion. Meanwhile, the McCartney-esque piano ballad Hold On To Our Love offers a glimpse into the strain that Chaplin’s drug problem placed on their relationship, which stretches back to well before Keane found success. After living through the extremes of being the frontman of a globally successful band and the torment of drug and alcohol addiction, the Beatles-infused Quicksand is a warning to his daughter about the pitfalls that come with the glories of life.

The Rifles Band perform on title track The Wave as an homage to a childhood friend of Chaplin’s wife who was killed while serving in Iraq in 2007. It’s an idea with the potential to sound overblown, but instead it imbues the track with a quiet majesty.

The Wave confirms Chaplin as a songwriter of considerable talent as well as one of the most gifted British pop vocalists of his generation. Above all, though, The Wave is a reminder of our potential for rebirth after personal turmoil, and the power of finding strength in vulnerability.

The Wave is released on Island Records on 14th October 2016.