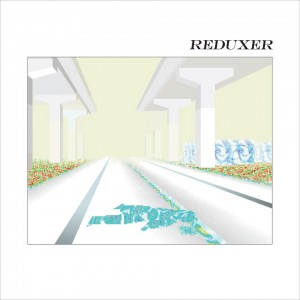 Alt-J have embodied their particular brand of experimental, electronic indie rock with self-assurance ever since they released their Mercury Prize-winning debut album, An Awesome Wave, in 2012. It is a telling sign of their restless creativity that they have chosen to make REDUXER, a reworking of their third album, 2017’s RELAXER. To put this into perspective, songwriting legend Paul Simon has just released In the Blue Light, an album of reworked songs from his fifty year career; Alt-J have the benefit of hindsight of just one year.

On REDUXER, Alt-J appear with a host of collaborators that includes fans, friends and contemporaries (RELAXER notably featured guest vocals from Wolf Alice’s Ellie Rowsell, now a fellow Mercury Prize-winner). Each track has been reworked in such a way that it is distinct from the original while also being instantly recognisable.

3WW x Little Simz provides a sinister backdrop for London rapper Little Simz’s ominous rhymes about an existential crisis, while In Cold Blood x Twin Shadow x Pusha T swells with fuzzy vocals that are reminiscent of Daft Punk. Hit Me Like That Snare x Jimi Charles Moody is a sultry, brass-funk slow jam compared to its frenzied original, while Adeline x ADP x Hex x Paigey Cakey throbs with the menacing undercurrent that runs throughout REDUXER. 3WW is revisited towards the end of the album with confident vocals from French rapper Lomepal, a potential hint at where Alt-J’s pursuit of new ideas might lead them next.

REDUXER celebrates the thrilling oddness of Alt-J’s music while also allowing room for input from contemporary artists. Alt-J have created an intriguing, experimental album that is an evolution of their sound without alienating their fans.

REDUXER is released by Infectious Music on 28th September 2018.

THE MILK CARTON KIDS – “THE ONLY ONES” – sparse and lovely Americana